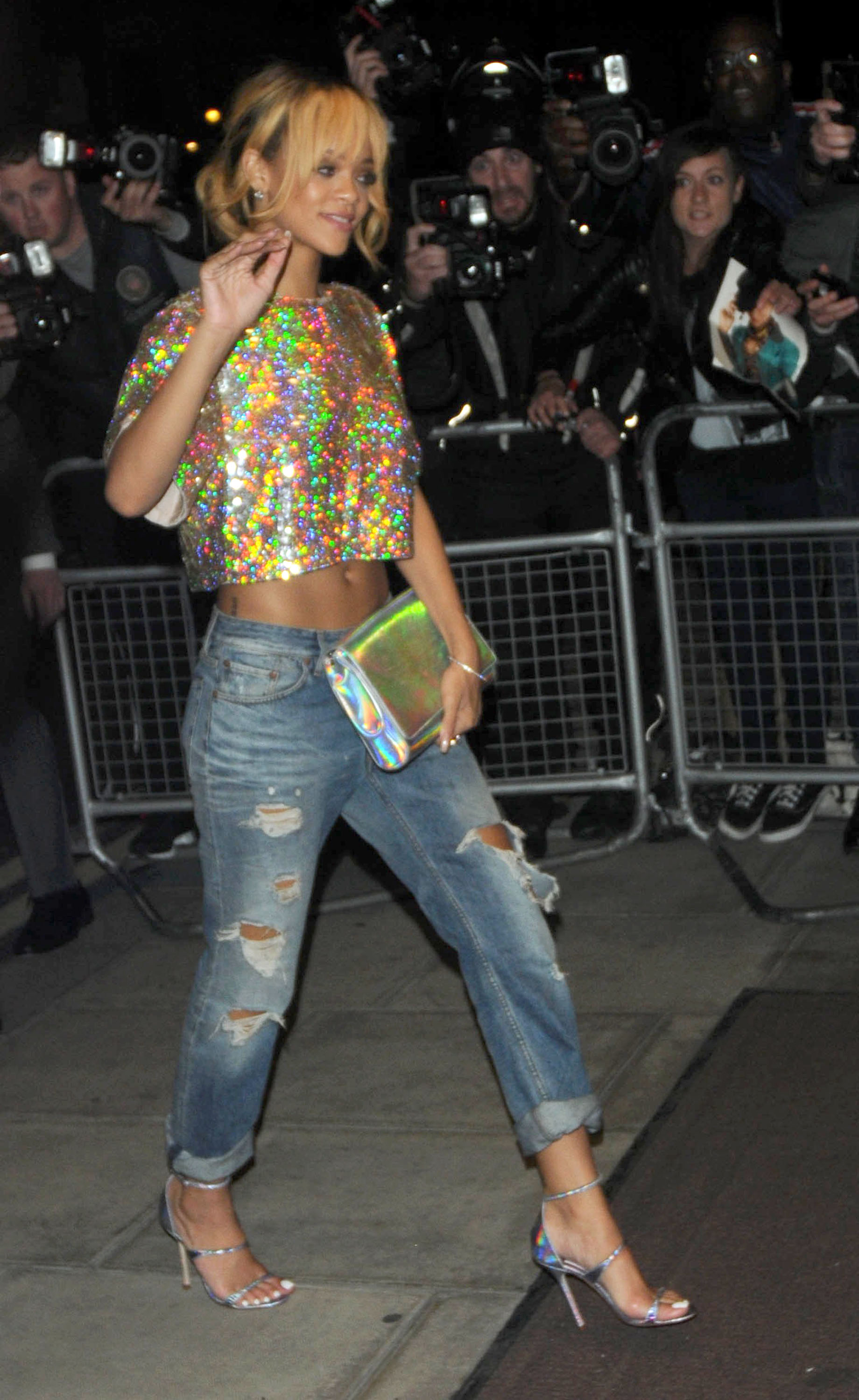 When it comes to fashion, there are certain items that only a few people can pull off—and among those things are completely ripped boyfriend jeans, glittering sequined disco ball-style crop tops, and matching neon holographic purses and stilettos. Obviously, Rihanna can pull off each one effortlessly, and she did just that last night after wrapping up the latest show on her Diamonds World Tour in London.

Alongside her best friend Melissa Forde, and supermodel gal pal Cara Delevingne (who’s been playing backstage bestie for much of the European leg of the tour), the 25-year-old singer stepped out to London hotspot Boujis, once a favorite of Prince William and Kate Middleton. For the occasion, she wore a sparkling midriff-baring top by Stella McCartney, which she paired with a metallic clutch, heels, and baggy boyfriend jeans, again reiterating the fact that this girl has absolutely no limits when it comes to style—and that’s pretty much why we love her.

One accessory she shouldn’t have left at home for her night out (which ended as the sun was coming up, in true Rihanna form) was a bra. The notoriously aggressive British photographers pretty much have the market covered when it comes to wardrobe malfunctions, and RiRi just about flashed the flashbulbs as she entered her awaiting SUV. Luckily, she narrowly avoided a Reese Witherspoon-style incident—but let’s face it, she probably wouldn’t have cared anyway. In RiRi’s world, it’s all about flaunting what you’ve got.

What do you think of her latest outrageous look?