All eyes in the fashion community were on Rihanna as she accepted the Fashion Icon Award at the annual Council of Fashion Designers of America Awards on Monday, but clearly the pop superstar wanted to ensure the world’s eyes would be too, thanks to a shockingly slinky embellished gown that was totally see-through. Yes people, we’re talking boobs and butt. Did you expect anything less from the woman who was just banned from Instagram for refusing to stop showing her nipples? 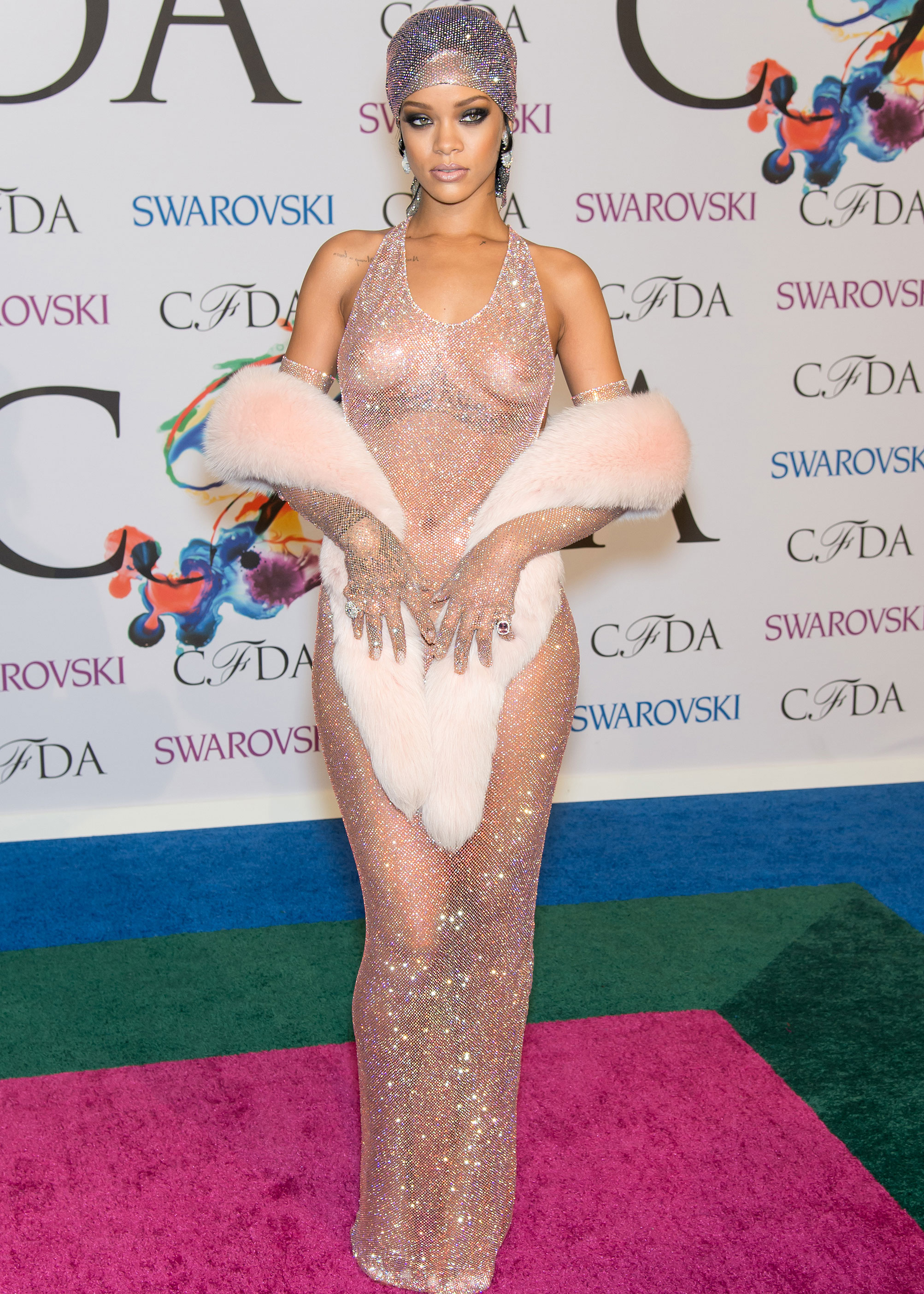 It could have featured the Hope Diamond, and we still wouldn’t be able to focus on anything but (a) Rihanna’s bare breasts, and (b) her swagger—not many folks can show up to collect a Fashion Icon award wearing a nipple-baring dress, and RiRi rocked it.

To be fair, the 26-year-old was covered up a little—she wore a nude thong, a glittery headwrap and a fur stole—and we think the overall look just secured her a place in fashion history, reminiscent of women like Cher who, in the ’70s and ’80s, was known for her risqué see-through outfits and elaborate headpieces often created by designer Bob Mackie.

“We definitely wanted to make it a little bit scandalous,” Selman told Style.com while the singer was en route t0 the awards. “The dress is just fishnet and crystals and a couple of fingers crossed. But fashion is about beauty, and the [female] body is part of that.”

Click through the gallery above to see Rihanna’s see-through CFDA dress from every angle, and let us know your thoughts!