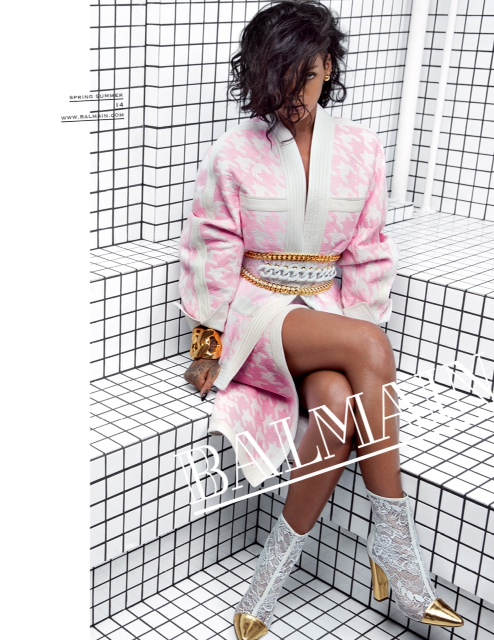 Balmain has unveiled its Spring/Summer 2014 campaign and it stars none other than Rihanna and she looks—in a word—amazing.

The  ads were photographed by esteemed fashion duo Inez van Lamsweerde and Vinoodh Matadin, and were shot in New York last month.

“Dreams do come true … When the woman that inspires you wears your creations, your vision feels complete,” said Olivier Rousteing, Balmain’s Creative Director in a media release. “Not compromising, fresh, modern, the icon of my generation, Rihanna embodies my vision of Balmain in this new campaign. In front of the camera, she makes you feel like she is the only girl in the world.”

We had some clues that a partnership between the pop star and the fashion house was on the horizon. Last June, during her long, fashion-filled trip to Paris, RiRi managed to find the time to stop by Balmain’s studio, where she played dress up with Rousteing. Despite RiRi’s continued support of the French fashion house, this was the first time the 25-year-old pop star and 27-year-old designer met—and it’s safe to say that it was love at first sight.

Instagram fiend Rihanna heavily documented the duo’s day, showing off shots from their personal fashion show, as well as heaping praise on Rousteing, captioning one photo: “It’s like wearing a Mona Lisa trust me! This shit is art, like you don’t even wanna touch it!!! #Balmain”

The campaign will debut in leading fashion magazines in January. 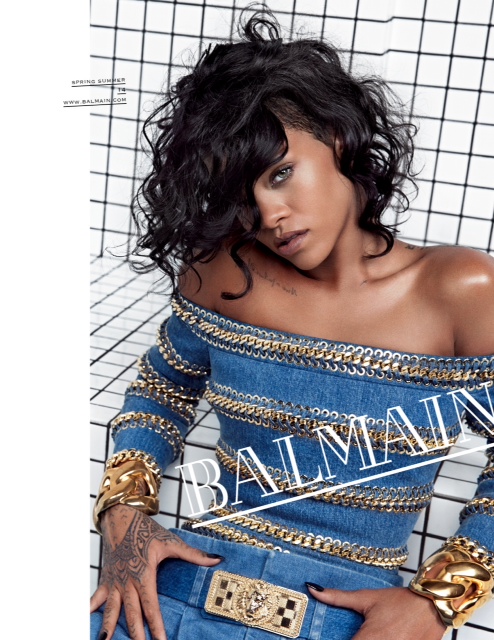