The king and queen of fashion’s biggest night have arrived. Rihanna and ASAP Rocky’s Met Gala 2021 appearance didn’t come until later than most stars at the event, but you know what they say about good things coming to those who wait!

In fact, the Fenty Beauty founder, 33, and the rapper, 32, were the last guests to attend the Met Gala on Monday, September 13, at the Metropolitan Museum of Art in New York City. For the event, Rihanna wore a voluminous black Balenciaga overcoat with ruffles and a matching hat. ASAP, for his part, wore a quilt-inspired ensemble designed by ERL.

Though Rihanna and ASAP first walked the red carpet together at the 2019 Fashion Awards in London, the 2021 Met Gala was the first event the pair have attended as a couple. Rihanna and ASAP’s friendship started in 2013 when he joined her for her Diamonds Tour. Rihanna also starred in ASAP’s “Fashion Killa” music video later that year. The two remained friends for years before news broke of their relationship in November 2020. 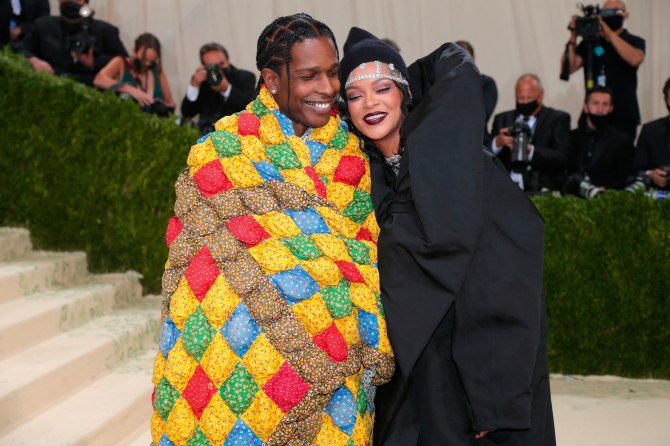 An engagement between Rihanna and the ASAP may also be happening “soon,” according to an August 26 report by Us Weekly. An insider tells the magazine, “These two are so madly in love, and it’s true there’s a lot of buzz itheir circle about an engagement being in the works. Going by the hints Rocky’s been dropping, it may well happen soon.” Cue the wedding bells!

OK, maybe not so fast—according to the source, neither Rih nor Rocky are putting too much “pressure” on tying the knot just yet. “What matters most to both of them is to keep building on this truly beautiful thing they’ve got going,” the insider explains. “They see each other as life partners and they don’t need a piece of paper to be happy.” 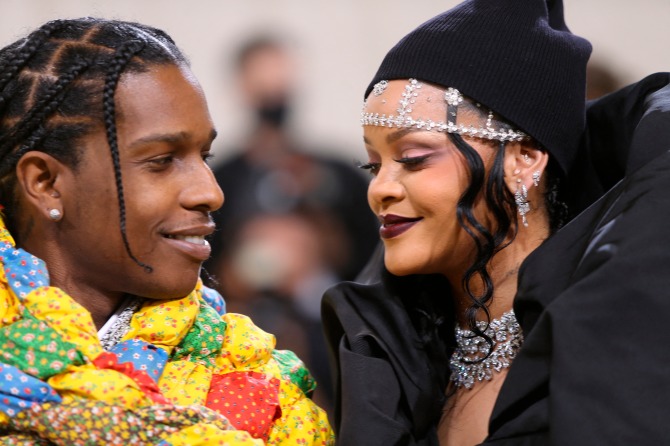 The rapper has openly gushed about his relationship with the “Umbrella” singer, calling her “the love of my life,” and his “lady,” in an interview with GQ for their June/July 2021 issue. “[It’s] so much better when you got the one,” he also told the magazine at the time. “She amounts to probably, like, a million of the other ones. I think when you know, you know. She’s the one.” 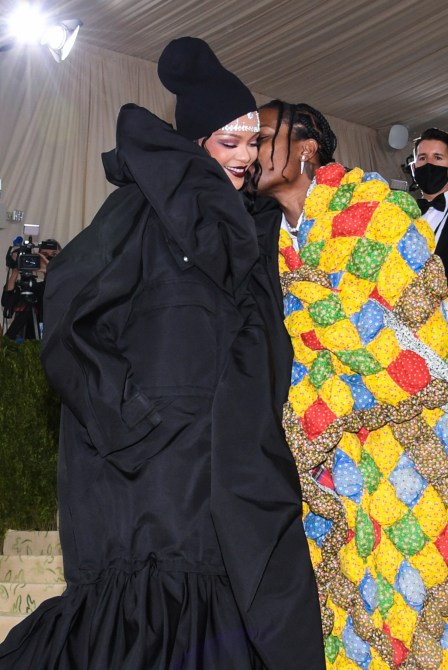