Since news broke last week that Givenchy creative director Riccardo Tisci would be designing a line of sneakers for Nike, we were more than eager to see what high-fashion twist he would bring to the classic kicks. Today, via Tisci’s Instagram account, we’ve got a little sneak peek. And they’re even a bit more avant-garde than you might expect. Check them out: 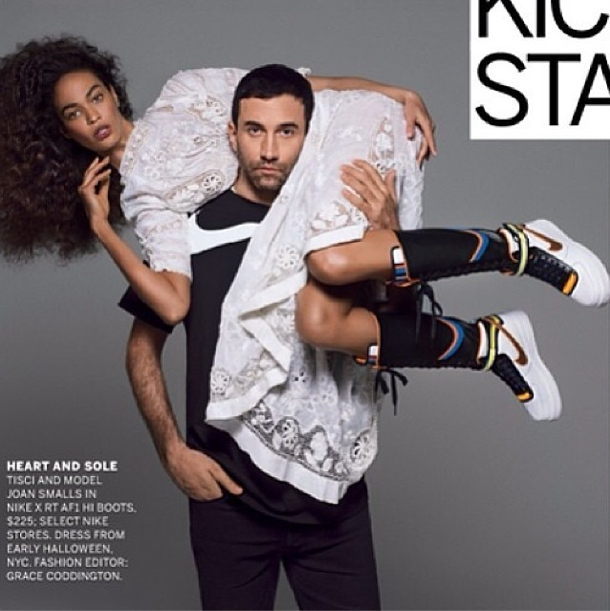 The image, which will appear in the forthcoming issue of Vogue magazine and is styled by the legendary Grace Coddington, shows Tischi carrying supermodel Joan Smalls across his back like a (gorgeous) rucksack. Joan is wearing one of Tisci’s Nike designs, which appears to be a pair of knee-high, lace-up sneakers with colorful splashes of every tone from neon orange to the oxblood seen in the iconic Nike swoosh. They’re also credited as “boots,” and we learn that they’ll be sold for a surprisingly modest $225 at select Nike stores.

Check out a closer-up image of the shoe below, which Tisci also shared on his Instagram. We have to point out here how interesting it is that Tisci is teaming up with Nike right as one of his close friends, Kanye West, is allegedly in talks with rival athletic brand Adidas. We wonder what that’s all about, but assume the two got together and figured their best bet was to divide and conquer.

Tell us what you think of this first Tisci x Nike design in the comments below! 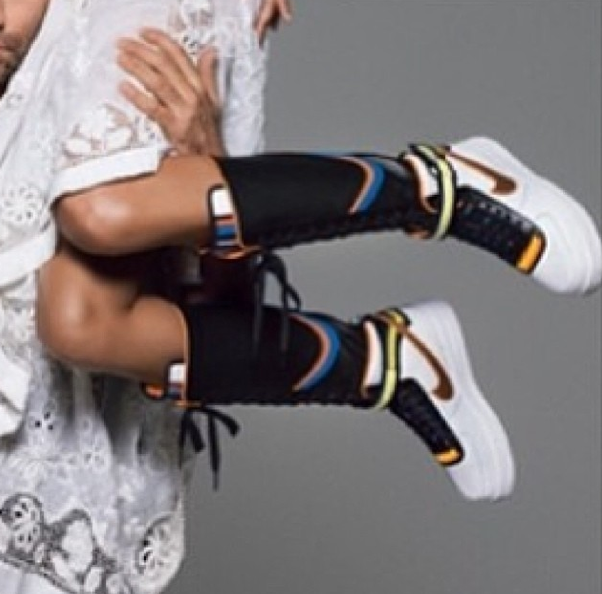