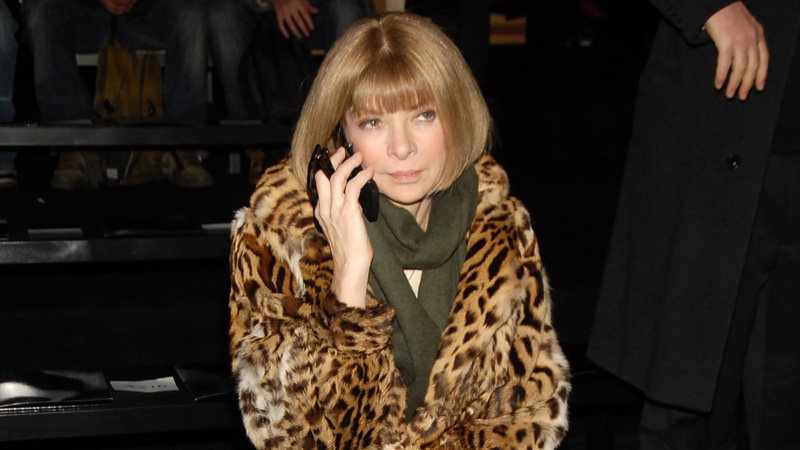 While techies will gleefully wait in line overnight for the next edition of the iPhone, apparently the fashion crowd is embracing something else entirely—old-fashioned flip phones.

The Telegraph reported on the trend, which it credits to Vogue editor Anna Wintour, who is often spotted with her retro flip phone on her ear at various fashion shows. According to the paper, other celebrities are embracing the trend too including Rihanna and Kate Beckinsale.

Why the appeal for something, that at this point, is pretty archaic? According to the piece, celebrities love the old-fashioned phones which do nothing but call and text, because they leave very little to be hacked (ahem, like all of those naked photos that came out earlier this year). Regular folks, meanwhile, are loving them, because, as you remember, flip phones are incredibly resilient—drop one and nothing much happens (drop an iPhone on the other hand and you’ll probably have to buy a brand new one).

Want to get in on the trend? You can find a Motorola Razr on eBay for less than $10, along with plenty of Nokia flip phones in the $10 to $20 range, though we have a feeling it’s only a matter of time before these “old-fashioned” phones turn into collectibles.

Would you consider going back to a flip phone? Share your thoughts on this trend in the comments below!