It’s mid-week, and you’re finally starting to see glimmers of the weekend ahead—and starting to plan for it. Top of your list? Heading to a new hot restaurant for dinner. You go online to make the reservation—likely using Open Table—and you’re out of luck. Unless you want to eat at 5:30 p.m. or 11 p.m., that is. Weekend ruined.

MORE: Where You Sit in a Restaurant Can Determine How Much You Eat

Not so fast. Meet Reserve, an app that aims to revolutionize the way that we make restaurant reservations co-founded by Greg Hong, also the company’s CEO, along with Garrett Camp a co-founder of both Uber and StumbleUpon, and Naveen Selvadurai who co-founded Foursquare.

Available in major markets including New York City, Los Angeles, Boston, and San Francisco—Chicago is coming soon—the app acts as your personal restaurant concierge securing reservations at the over 120 restaurants it currently has on offer—big names like Dirty French and Carbone in New York City, Alma in L.A., and Maruya in San Francisco.

The gist of how it works: Enter in the date, time, and number of people you’re making the reservation for, and Reserve comes back with a curated list of restaurants to choose from. You make your selection, the app secures the reservation for you (and if it can’t, recommends other nearby options), and takes care of paying for the meal with the credit card you entered into the app (including a default tip). For this service, a $5 flat fee is added onto your dinner bill. 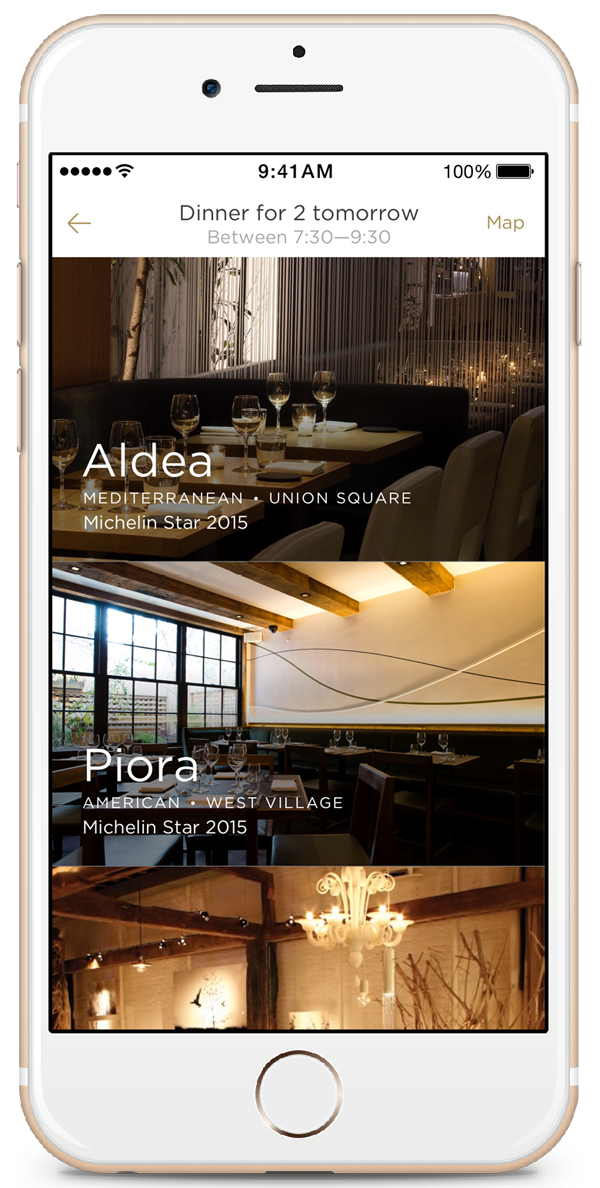 What makes Reserve a true departure from the OpenTable model, which has dominated the online restaurant reservations market so far, is that it makes actual contact with restaurants to check for table inventory (OpenTable’s secret is that restaurants only release a set number of tables onto the platform), essentially acting like it’s you calling the restaurant directly, except you don’t actually have to. Bottom line: You’ll have much better luck getting into your favorite restaurants via Reserve than you will using other apps.

“I was sitting over dinner in Los Angeles, and just thinking about how cumbersome the whole restaurant reservations process is,” Hong told us. “Between figuring out where to go based on various different online reviews, to making reservations—I just wished there was an aggregator to make those decisions for me. There are traditional concergies who deal with these problems, but that hadn’t moved online. Reserve really started from thinking about how to tackle the whole dining experience.”

We put the app to the test ourselves, trying for a coveted Friday night prime time reservation at Jean-Georges Vongerichten’s ABC Kitchen for two people. All that was available on Opentable was an 11 p.m. table, while Reserve came back to us with a much more enticing 9 p.m. slot. 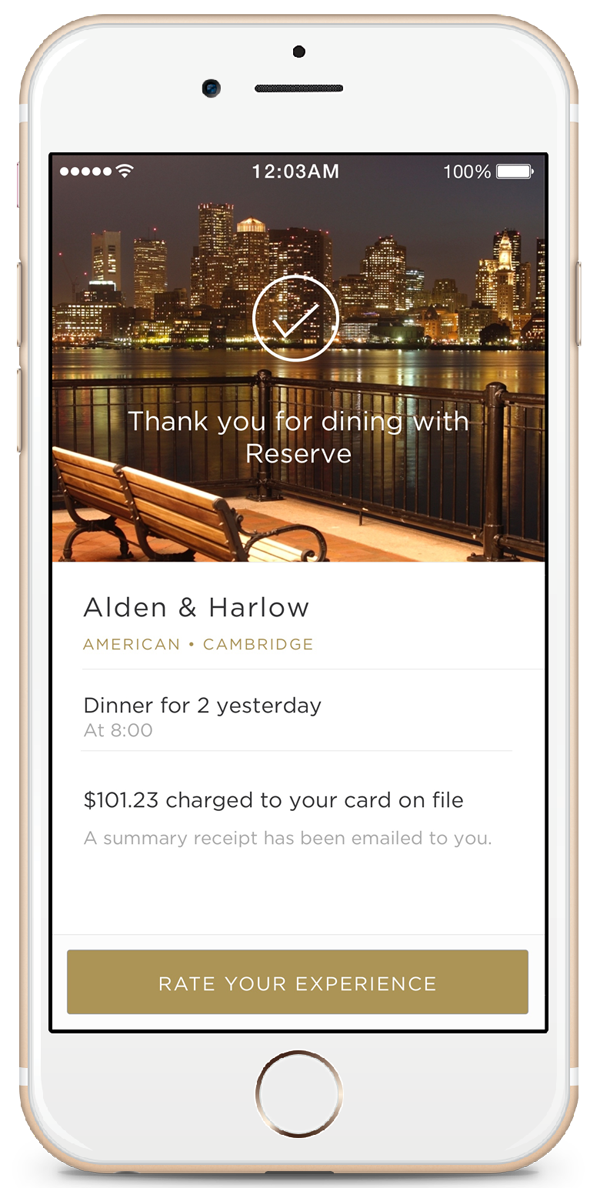 It isn’t just the reservations process Hong and his team have their eyes set on changing either, it’s the entire dining experience. “After we work to get you seated, the next part of it is that when you go into the restaurant, you’ll be greeted by name [because the restaurant has your photo from the app]. And we want to improve the end of the meal when you get the check, so you don’t have to fumble for your wallet. That is already handled, including the tip [which you, the user, pre-select]. That part of it has really resonated. People have been posting their checks [that come with the message ‘The Check Is Paid’] on social media.”

What’s next for Reserve? Having raised $17 million in funding from big VC firms along with A-listers like Jared Leto and Will.i.am, Hong says his focus is on adding “more cities, more restaurants, and getting the app into more hands, and continuing to improve the product.” Another offering coming soon is the ability for users to split the check.

And like Uber, which has gotten its customers excited with stunt-y limited offerings like puppies on delivery, Reserve is hoping to get diners excited with its own special offerings like auctions for dinner reservations that are next to impossible like at New York City’s Momofuku Ko with the proceeds going to charity, and VIP reservations at pop-up restaurants during the upcoming Coachella music festival in Indio, California.

Use It For: Making restaurant reservations in Boston, Los Angeles, New York City, and San Francisco (Chicago is coming soon).

Available On: iPhone and Android.

Differentiators: Check is paid automatically at the end of your meal via the app.

Try out Reserve or any other reservations apps challenging Opentable? Weigh in with your experience below!