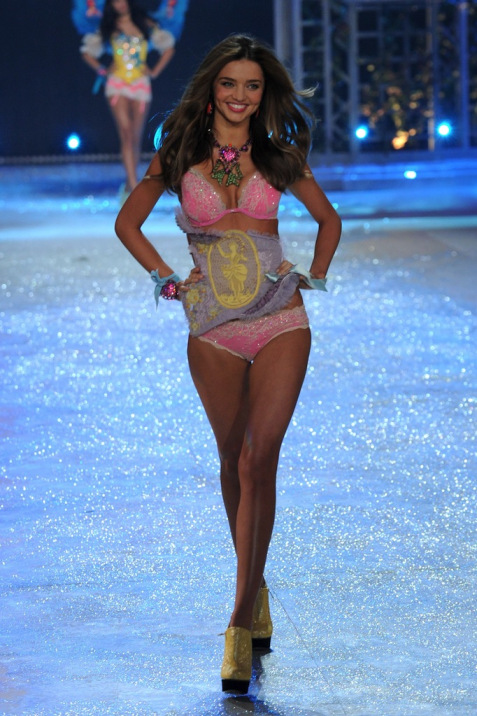 One of our favorite Victoria’s Secret Angels, Miranda Kerr, will reportedly no longer be associated with the lingerie giant. According to Us Weekly, the 30-year-old Australian model has a “difficult reputation” and isn’t a big seller for the brand like fellow Angels Candice Swanepoel and Alessandra Ambrosio.

Although her three-year contract isn’t being renewed, the brand will still work with Kerr this year, as the brand’s chief marketing officer, Ed Razek, stated that she’ll still be walking in the 2013 Victoria’s Secret Fashion Show—ultimate showcase for all Angels.

We can’t help but wonder if Kerr’s position as a noted animal rights activist who has spoken out about the dangers of certain chemicals had anything to do with it, especially given the fact that Victoria’s Secret has a less-than-stellar reputation when it comes to using toxic chemicals.

Regardless, we’re bummed to hear about the departure—but this will leave Kerr more time to hang out with her husband Orlando Bloom and adorable 2-year-old son Flynn.

What do you think about the news?