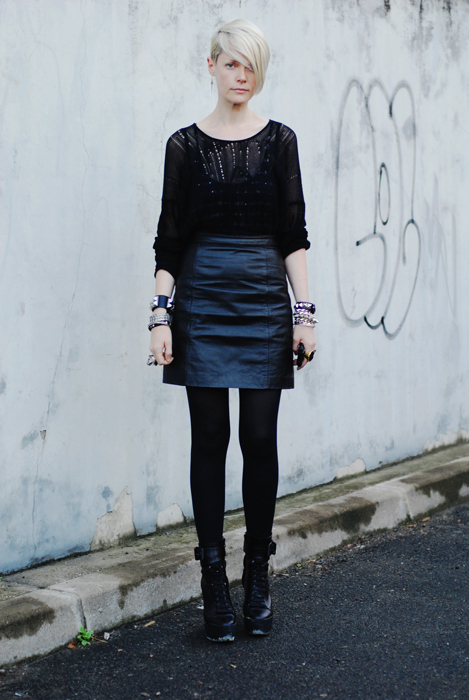 Whether you keep up with the seemingly countless media moves that are going down these days or not, odds are you’ve heard about a few. One that’s particularly of interest: November’s announcement that Kate Lanphear—Elle magazine’s style director—was leaving the publication. It remained a mystery where she was headed—though we took some educated guesses of our own—but if social media is to believed, an influx of  tweets today pointed to a Style Director gig at the New York Times‘ fashion magazine, T.

What’s interesting here is that reports had circulated back in October that Lanphear was passed up for the Editor in Chief job at WSJ, replacing Deborah Needleman who’d left to helm T magazine (following Sally Singer‘s abrupt departure)  The WSJ gig ultimately went to Harper’s Bazaar executive editor Kristina O’Neill, and if the rumors are true, Lanphear and Needleman will be working closely at T.

With her perpetually-cropped blonde hair and strong sense of style, there’s a good chance you’ve seen Lanphear’s photo, either in the magazine itself or on hoardes of street-style blogs that are fond of her haute-punk look. Whether it’s due to her slightly irreverent take on fashion or the fine work she’s done at Elle, it’s safe to say the fashion industry overall has a fervent obsession with Lanphear—as do rabid fashion fans, some who’ve dedicated their own blogs to her fashion choices.

We think this move makes sense—T is as high-profile as Elle, with a slightly more upscale, fashion-forward angle—and look forward to seeing Lanhpear’s mark on the mag!