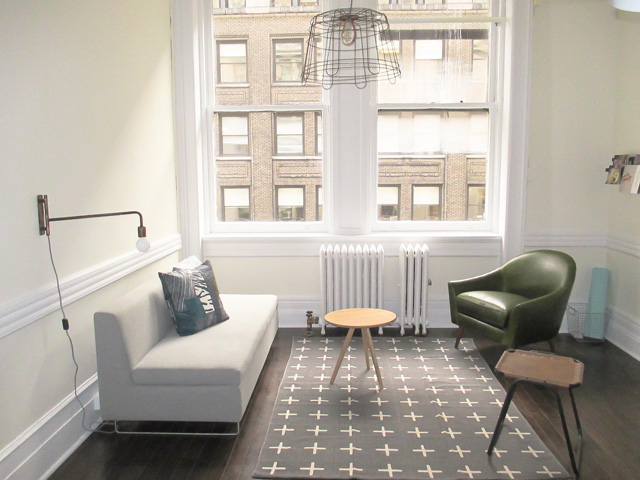 Jokes abound about the kind of hotels that you can rent by the hour, but a new app Breather wants to change conceptions surrounding the kind of places that you can drop in on, and is renting apartments by the hour.
Breather is working with local property owners and landlords, and has transformed office spaces into simple rooms that members of its service can reserve for the hour or even the entire day. Simply log into the app or go online, select the space you want to rent, and the time you want. When you arrive at the space, you’ll receive an access code to unlock the door, and your credit card will be charged. It’s that simple. The space comes equipped with wifi, power outlets, and even a yoga mat. The cost? $25 an hour for members.
The service initially launched in Montreal, is now available in New York City, San Francisco is on the horizon, as are other cities.
“It’s weird to say, but you only have two places you can go that are really private at any time, which are your house and your office,” Breather Founder Julien Smith told The Huffington Post. “All the rest of the space in the world does not belong to you. But we found a way to give you a little space that you for a short period of time.”
The question is, would you rent an apartment by the hour? Share your thoughts in the comments below!
MORE:
10 Fantasy Spring Break Ideas
15 Things You Should Never Say at the Dinner Table