The 31-year-old actor, who stars in Netflix’s Bridgerton as Simon Basset, is pretty private about his relationships on the whole. But in an interview with Entertainment Weekly, Regé-Jean confessed to being quite the hopeless romantic. “I’m a huge fan of romance as a concept. Romance is a wonderful thing and we need more of it in the world,” he told the magazine in December 2020. “Most things at their core are love stories anyway, whether they realize it or not. It’s hilarious, the more seriously a show tries to take itself and detach itself from that, the more that the love story generally tends to come forward.”

After starring together in the Shonda Rhimes-produced hit Netflix show Bridgerton, many fans of the series were convinced that the chemistry Regé-Jean Page and Phoebe Dynevor shared on-screen was also carried off-screen. But Regé-Jean and Phoebe have since denied any rumors that they’re dating in real life.

“I’d love to say there was really something between us,” Phoebe told YOU Magazine in February 2021. “But no, it has always been strictly professional. There was so much pressure on us to get it right that it was all about the work. We have a really professional working relationship.”

Regé-Jean, meanwhile, told Access in January 2021 that “everything you need to know is on camera.” He explained, “All the sparks that flew off of the beautiful scripts that we were handed, and so I think that the sparky scripted material are more than enough.” Dynevor, for her part, dated Saturday Night Live star Pete Davidson from March to August 2021. 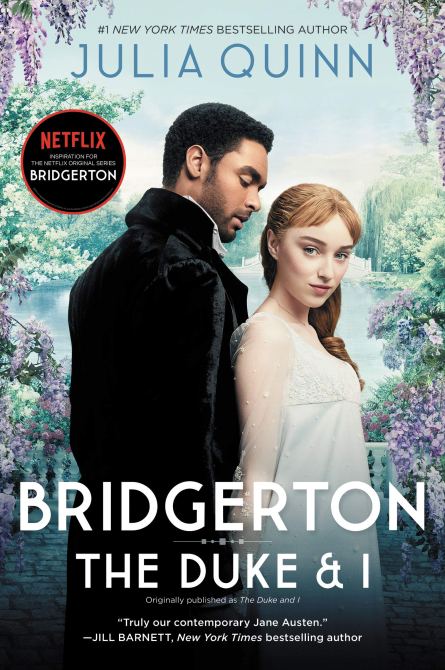 Who is Regé-Jean Page’s girlfriend?

Just because Regé-Jean isn’t dating Phoebe Dynevor doesn’t mean he isn’t taken. Regé-Jean Page’s girlfriend is Emily Brown, a soccer player and copywriter who has worked for brands like Nike, Converse, and Uber. According to the Daily Mail, the pair have been together for at least a year as purchased a home together in North London in February 2020. The newspaper also reported that Emily plays part-time for Football Beyond Borders, a charity organization that uses soccer to educate the lives of young people. The Daily Mail also published photos of Emily in a Dulwich Hamlet Football Club hat, which suggests that she supports the soccer team in East Dulwich, South London.

Emily has also previously been interviewed by the student newspaper The Tab, while studying at Manchester University from 2009 to 2012, according to The Daily Mail. When asked if she ever misbehaved, Emily told The Tab, “I managed to sneak a giant vase, about 75 centimeters [30 inches] tall, from a club without anyone noticing, even though there were flowers poking out of it. I also decided I wanted curtains for my room so I stole a blind. And a guy from the band Faithless gave me a load of weed once when I was in Ibiza…”

Are there photos of Regé-Jean Page and his girlfriend?

We thought you’d never ask. Regé-Jean Page and his girlfriend Emily Brown were photographed embracing each other on the streets of North London over Valentine’s Day weekend 2021, and you can see the photos here. The pair were masked up and bundled in cozy winter jackets for their sweet embrace. Despite their private relationship, Regé-Jean and Emly also attended the 2021 GQ Men of the Year Awards in London together in September 2021, where the Bridgerton star wore an emerald suit and his grilfriend wore an open blazer with lingerie and black slacks. They two confirmed their relationship at the time by holding hands for the cameras.