Reese Witherspoon is Hollywood’s golden girl, without a doubt. The 44-year-old actress has had a stronghold on the industry ever since her breakout role in Legally Blonde, which grossed $142 million worldwide upon its release in 2001. Unsurprisingly, Reese Witherspoon’s net worth even manages to top that.

Yep. We’re talking multimillionaire-level when it comes to Witherspoon’s worth. And that’s because she’s made a savvy career out of not only acting, but entrepreneurial and production ventures, too—including her own women-focused media company, Hello Sunshine. That puts Witherspoon behind the helm of some of Hollywood’s biggest series and films, including HBO’s Big Little Lies, Apple TV’s The Morning Show, and Hulu’s Little Fires Everywhere in recent years alone.

In March 2020, Witherspoon and her co-star, Kerry Washington, debuted their performances in Little Fires Everywhere with hefty paychecks in tow. Both actresses also signed on as executive producers, giving them a nice cut and boost to their net worth. But how much are we talking, exactly? You’ll have to read on below to find out exactly what Reese Witherspoon earned as of 2020.

How much does she make on Little Fires Everywhere?

Like her co-star Kerry Washington, Witherspoon is going to walk away from Hulu’s Little Fires Everywhere with a nice stack of cash. Aside from starring in the series as the intimidating Elena, Witherspoon commands a creative presence over the series as an executive producer at large. In terms of a paycheck, that boosts her pay to no less than $1 million per episode according to Variety, though some sources claim that she and Washington bring home as much as $1.1 million per episode. Given the limited series’ run, that means the pair are earning roughly $7.7 million each for the entire season.

How much did she make on Big Little Lies?

If you think Witherspoon was able to get a $1.1 million payout per episode from a streaming platform like Hulu, you’ll be certain to hear that her salary with HBO’s limited series, Big Little Lies, came pretty close. According to Variety, it’s estimated that Witherspoon made around $1 million per episode during season 2. At seven episodes per season, we’re looking at a nice cut of $7 million from that series in 2019 alone. 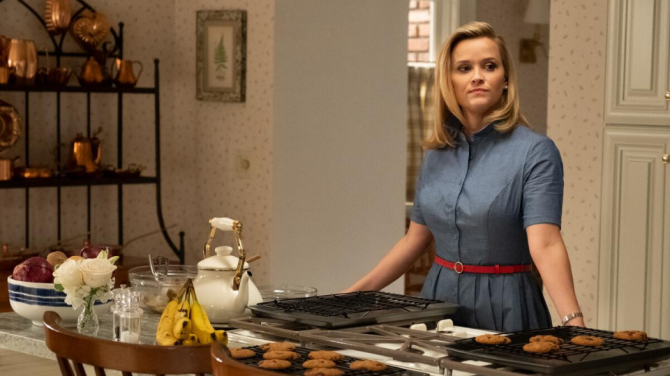 What about her salary for The Morning Show?

Not unlike her roles in Big Little Lies and Little Fires Everywhere, Witherspoon had creative involvement on The Morning Show, the Apple TV+ series where she stars alongside Jennifer Aniston. According to Yahoo Finance, The Morning Show takes things up a notch because it wasn’t only produced by her production company—it was also developed by Witherspoon’s own creative team in the first place. Naturally, that means an even bigger salary for the star, with sources estimating up to $1.25 million per episode.

What’s her net worth?

As of late 2019, Forbes estimated Witherspoon’s net worth to be around $240 million. With Little Fires Everywhere now under her belt, we can only expect to see that number grow.