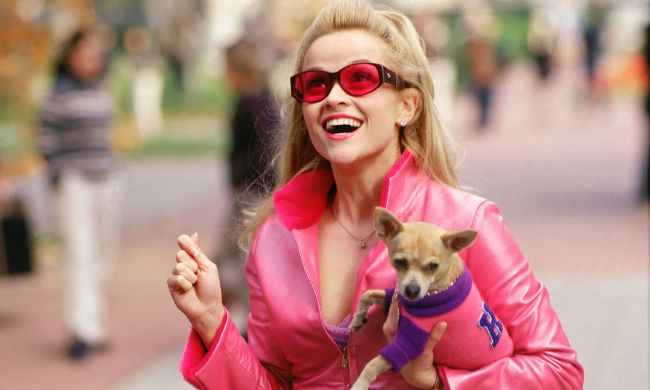 In a recent episode of Fashionably Late with Rachel Zoe, Reese Witherspoon revealed that (like you) she’s ready for Legally Blonde 3 to become a reality.

Although she admitted that it’s not her call whether the third installment is produced, Witherspoon made the very valid point that it’s the perfect time for Elle to be revived.

“A lot of writers over the years have come up with different ideas for it,” she explained. “I actually think it’s kind of great right now because we’re talking about women in politics and how important that is to get more women. And I think it’d be kind of a cool thing to have her be a Supreme Court justice or someone who runs for office.”

It’s been 12 years since Witherspoon appeared as our favorite bending-and-snapping blonde in the 2003 movie Legally Blonde 2: Red, White & Blonde and 14 years since the original comedy debuted in 2001. Needless to say, the world (and Witherspoon) is ready for part three. “I think we’re ready to see Elle and see what she’s up to lately,” Witherspoon said. Yep, we can second that.

Watch Reese Witherspoon talking about the possibility of Legally Blonde 3 in the video below.