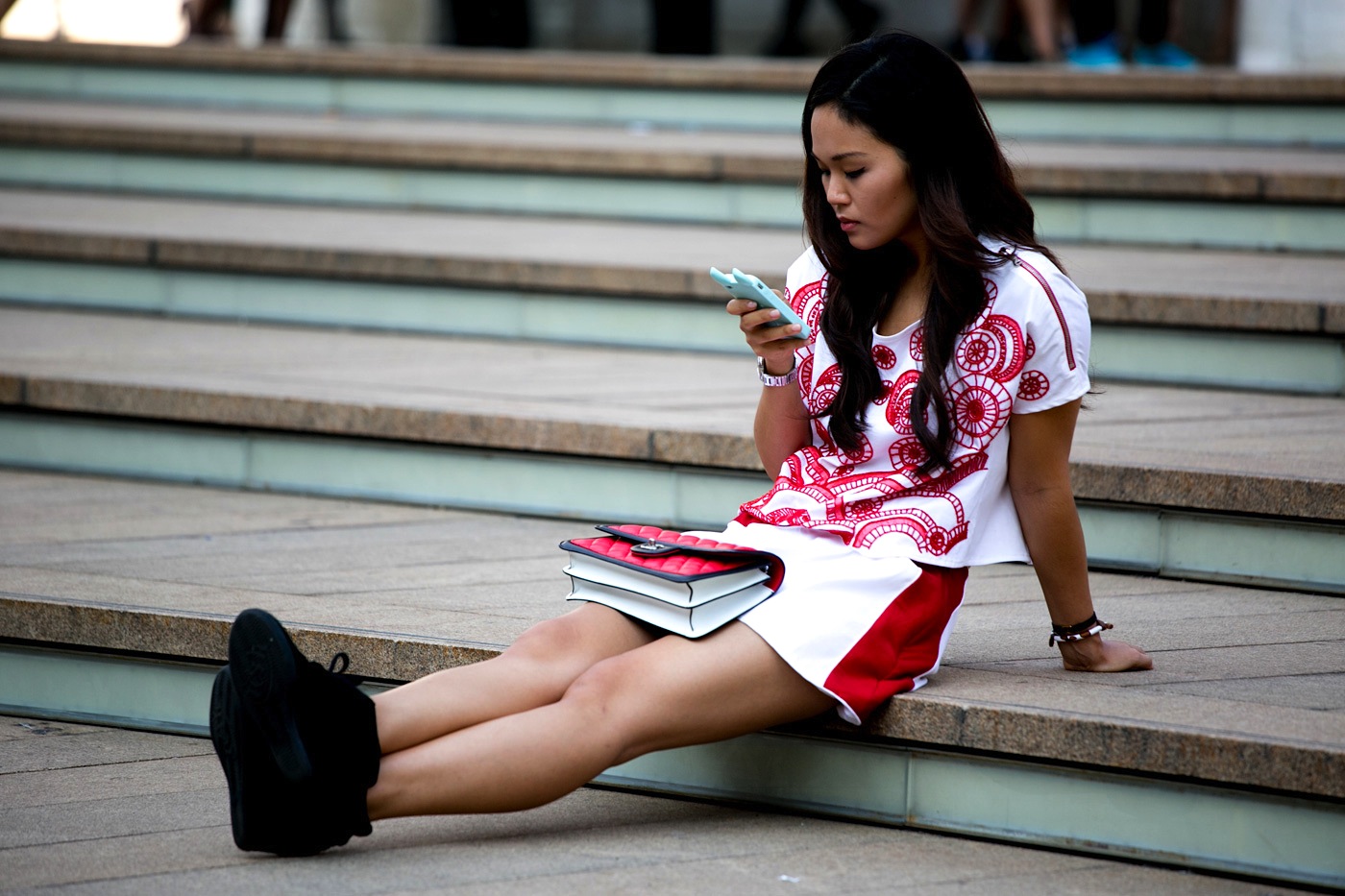 Before you even read another word—and start to post an angry comment on this article—allow us to start with a little disclaimer: What you’re about to read is intended for those who are single and don’t want to be. Got that? Nowhere in the below text does it say that being single is in any way bad, harmful, negative, or pathetic. K? Glad we cleared that up.

The truth is, we’ve been inundated with portrayals of single women—from Cathy comics to “Sex and the City”—who moan that there aren’t any men out there, that dating is akin to the Wild West, and other tropes that convey the message that there’s a drought when it comes to normal men suitable for dating, which has caused lots of modern women to buy into that very idea.

Well, that’s not entirely true. Yes, there are plenty of jerks out there, but oftentimes not meeting—or keeping—a nice guy is a result of you standing in your own way. How? Read on for 5 reasons why you’re still single—and things you can do to fix them.

So, you’re holding out for a partner who’s a Porsche-driving heart surgeon who looks as good in a pair of jeans as he does in a tux, who alternates between a state of sexy brooding like Tim Riggins and witty charm like Mr. Big, who can change a tire with his bare hands but can also rival Jacques Pepin in the kitchen, who loves drinking beer at dive bars but who’s a certified sommelier who owns his own vineyard, who also happens to be—surprise!—an Italian prince with a family palazzo on the Grand Canal and wants to take you home to meet his nona? Get a grip.

Even if your expectations aren’t quite as overblown, odds are you’ve scoffed at a man because he’s not tall enough, you don’t like the sound of his job, or you’re afraid your friends will think he’s a loser. That’s called being picky, and it’s why you’re still single.

Now, that’s not to say you should date any man that comes along, but there’s a key difference between being picky and being discriminating.

“Being picky is about focusing on traits and other details that look good on the surface,” author, scientist, and dating expert Christie Hartman, PH.D explains in It’s Not Him, It’s YOU. “Being discriminating is about using good judgment and focusing on how well a man treats you and how you connect with him.”

How to change this: Your standards should be rooted in how a person makes you feel—both emotionally and physically—not how you think the outside world will perceive him. Are you willing to settle for a guy who never asks how you are, is unsatisfying in bed, refuses to look out for your well-being, or goes off the grid for days because he’s a tall, handsome investment banker? Which leads us into our next point nicely.

This is different than having high standards in that being shallow means you’re willing to give certain guys the time of day if they can offer you something in exchange. And we’re not talking about unconditional love and support. We’re talking about fancy dinners, fabulous trips, designer bags, and other superficial trappings that are exciting, sure, but don’t lay the groundwork for a strong, meaningful relationship.

In a 2011 essay for the Huffington Post entitled “Why You’re Not Married,” TV writer Tracy McMillan argues that “when it comes to choosing a husband, only one thing really, truly matters: character … if you were looking for a man of character, you would have found one by now. Men of character are, by definition, willing to commit.”

How to change this: Be honest with yourself and ask “would I still genuinely like this person if the artifice disappeared?” Meaning, if his fancy job went away, the pricey gifts stopped, the fancy dinners were no longer, and the extravagant trips never happened, would you be content staying home with him and watching TV? Or settling on one trip a year, if that?

We’re all about online dating. Not only is it an incredibly proactive way to grab your life life by the horns, but it really does work. According to a 2013 study by the National Academy of Sciences, more than a third of marriages in the U.S. start online, and these marriage are less likely to result in separation or divorce.

That said, in order to navigate the world of online dating with aplomb, it’s key to understand that the mighty profile is pretty much your ticket to meeting the types of people you want to meet. All too often, women (and men, but we already know that) will fill up their profile with clichés, TMI, senseless jargon, or lame factoids that do the opposite of what they’re supposed to.

How to change this: Yes, it’s 2015, but no man’s vision of a sexy, smart, successful women includes a proclivity for acronyms like “LOL, ROTFL, LOLZ, OMG.” Leave those to the teenagers. Likewise, stay away from phrases like “I’m obsessed with my cat.” (Hear that sound? It’s the multitudes of men clicking the backspace arrow) or “I’m totally type-A, and I’m okay with that.”Translation: I’m totally controlling, and won’t ever change.

Instead, a recent New York Times article suggests choosing a user name that start with letters higher up in the alphabet. This, according to the Times, reflects human instinct to “give things at the top of a pile more value.”

Also, aim for a A 70/30 split between personal information and description of what you’re looking for in a partner, craft profiles that are succinct and written in an honest, likable tone, and of pick a natural photo that shows you smiling. No glamour shots, no duck faces, no in-the-mirror selfies.

This one might be tough to hear, but if you don’t make a solid impression on a first date, you’re not getting asked on a second. It’s that simple.

Think about it: Would you want to go out with a guy again who didn’t put his phone down, only gave you one-word answers, didn’t make eye contact, got blackout drunk, revealed too much too soon, only talked about his ex, didn’t offer to pay for anything, or sent you a text message right after that date along the lines of “OMG so I know I only left you a few minutes ago, but I had the best time EVR, ur sooooo amaze and I can’t wait to see u again. Wanna do brunch with me and my BFFs tomorrow??! LMK ASAP xoxox!!!” We didn’t think so.

How to change this: Being yourself, as cliché is it sounds. is your best bet—but make sure it’s the best version of yourself. This means, asking light questions about his job, his hobbies, his friends, and pop culture. It doesn’t mean grilling him on politics, religion, his exes, when he wants kids, or how much cash he pulls in. You’re not interviewing him, you’re getting to know him.

Also, and this is the big one, girls: Obsessively checking your phone every minute isn’t the way to get a guy to want to date you. There’s nothing ruder than trying to have a conversation with a person who’s constantly stating at their screens—wouldn’t you be put off if he were paying more attention to his iPhone than to you? Checking Instagram can wait. No, it can’t? Then you’re probably not ready to have a relationship with an actual human just yet. Similarly, don’t post status updates, tweet about your date in real time, or snap any candid pics when he’s not looking. That’s just creepy.

While we’re in no way encouraging you to play hard to get or read “The Rules” cover to cover, there is something to be said for giving the person you’re casually seeing some breathing room—and getting some in return. There’s a difference between wanting to spend time with the guy you’re dating, and demanding you spend all your free time together.

If your dude wants to go out with his friends, or spend the afternoon alone, let him—and don’t call and text 100 times, either. Spending time apart is normal and healthy. Plus, some say that men are wired differently in the sense that women often tend to fall in love with a man because they’re spending time with him, while guys actually cement their growing feelings for you in the space between spending time with you.

How to change this: Chill out with making plans 24/7: you don’t need to fill every spare hour with things to do together, and you don’t have to tag along everywhere he goes. Clingy women aren’t attractive—and neither are clingy men, so make you’re also getting in plenty of time to do what you enjoy.

While it’s fantastic to share some interests, most healthy relationships flourish when each party has things they love doing that their partner might not. Not only does this provide necessary time apart, but it also opens the door for each of you to potentially teach the other about things you’re into