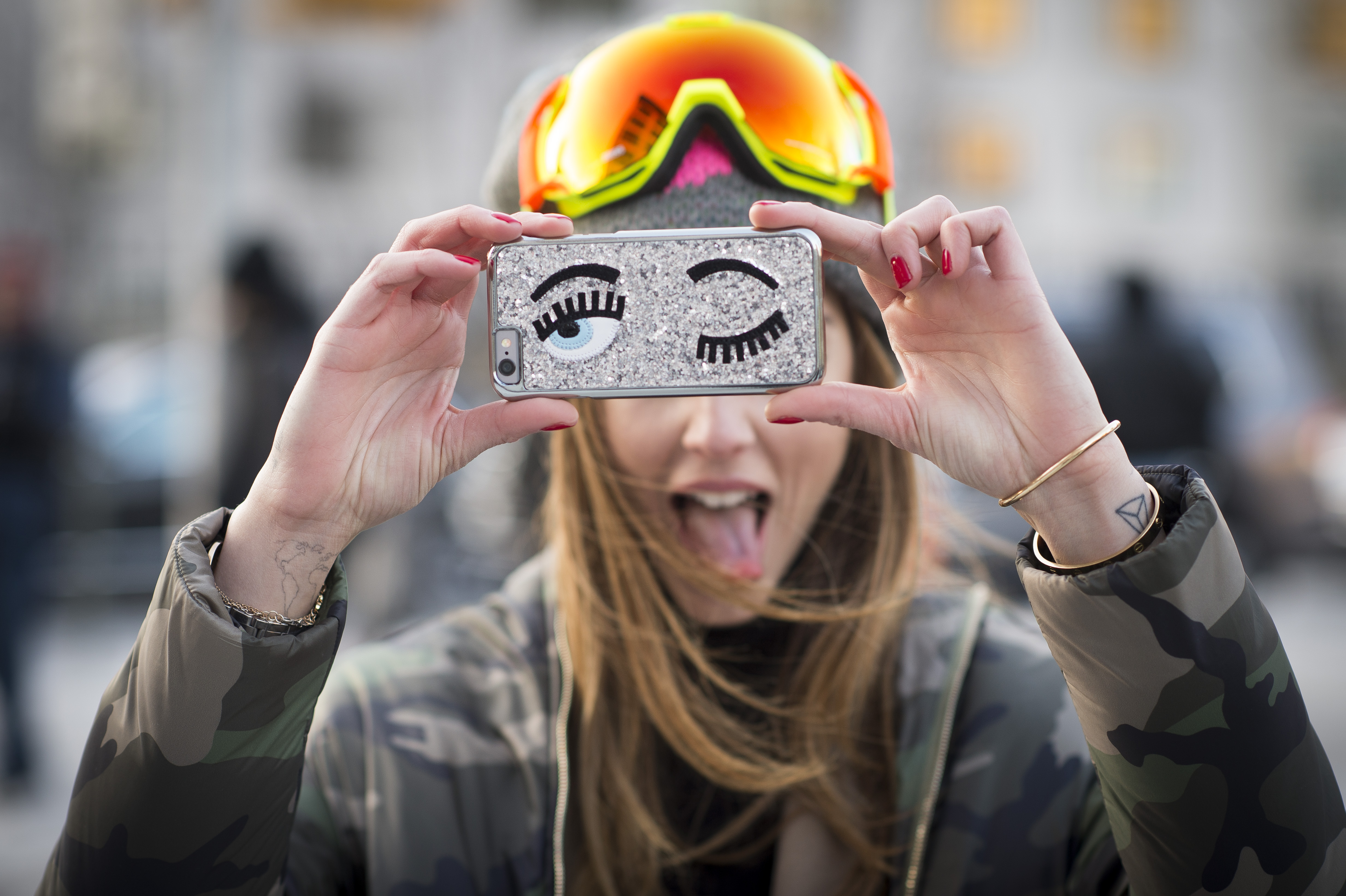 So. Many. Selfies. (Photo: Getty Images)

While the cool kids of the social media world have largely migrated to platforms like Instagram and Snapchat, there are still those stragglers who have an undying love for Facebook. We’re not knocking it—it can be a great tool to keep up with real-life stuff like weddings and babies from friends and family—but if it’s used the wrong way, it can be very, very annoying.

We hate to assume you’re guilty of any of these, but just in case, here are 13 things you need to stop doing on Facebook, like, now.

1. Posting your every. single. move.
In our age of information overload, people are sick of hearing what others are doing every second of the day. Even your mom, at this point, probably doesn’t care that you just went out for coffee or took a sip of water, so posting your every move on Facebook isn’t only annoying but totally unnecessary.

Facebook has shifted into a way of sharing things, rather than a platform for you to unload your every thought, so try to keep your status updates interesting—maybe a funny observation, a question, a great article you found—and save the endless real-time jibber-jabber for Twitter.

2. Sharing racy or salacious photos of yourself.
C’mon, you’re better than this! While we have no doubt that you looked drop-dead amazing in that bodycon dress at the club and held down those shots like a champ, you’re only cheapening your personal brand when we share it with random Facebook friends. If you really want people to see how great you looked, post it to your private Instagram, where there’s less of a chance that family members, friends’ parents, or employers will see it.

3. Letting your friends freely tag you in photos.
Make sure you set your preferences to always send you alerts when someone tags you in a photo—that way, you have to manually approve them. Don’t you want to control whether the world sees photos of you from a drunken night out, an embarrassing photo you in fifth grade with braces, or a candid shot of yourself in a bikini? Yeah, we thought so.

4. Complaining—or bragging—about your relationship.
Just in case you weren’t aware, relationships are between two people. We repeat, two people. Telling the entire digital world that “[insert boyfriend’s name here] was texting [tagged girls name here] and I absolutely hate him. #SoOverIt” is highly immature, and distasteful. Do you really need that random kid who sat next you in homeroom knowing what’s wrong with your love life?

Same goes for gushing, so cool it with the endless snaps of the roses your man sent you, the gifts he buys you, or the updates about how you’re the “luckiest girl in the world.” It’s not only annoying, but it’s actually working against you:  Studies have shown that people who brag about their relationships on Facebook are actually the most insecure about them.

5. Starting drama.
This goes along with complaining about your relationship. Starting or participating in Facebook drama is reserved for high schoolers. Whether you’re in college or working in the real world, starting problems over the Internet is—in a word—stupid. If you’re unhappy with someone or disagree with offensive things they’re posting, unfriend them or ask to talk to them in person—don’t approach them on Facebook.

6. Posting cryptic Facebook statuses so everyone speculates as to what you’re talking about.
“OMG I can’t believe that just happened to me. Everyone please keep me in your prayers.” While, of course, people care when you’re hurt, just either a) let us know what we should be praying for or b) just don’t mention it at all. Keeping your crowd wondering what the hell you’re talking about doesn’t have them at the edge of their seat. It’s frustrating, and it kinda looks like you’re just fishing for comments.

7. Starting group messages with your entire friend list.
We all know how annoying group messages can be anywhere (ahem, texting on the iPhone), never mind just on Facebook. Of course, there’s the option to “Leave conversation” but until you do that, people have to listen to you and everyone else talking about what time you’re meeting on Saturday night, and listen to our phones or computers make hella noise. Just don’t do it.

8. Talking about how much your job sucks.
In this economy, you’re lucky to have a job, so quit kvetching about it, especially on Facebook. Sure, it’s okay to vent to your BFF or your mom on the phone about your annoying boss, but don’t air your dirty office laundry on social media—it’s unprofessional and easily could come back to haunt you.

9. Posting too many selfies.
Do we even really need to explain this? Let’s just leave it at this: A recent study out of the U.K. found that posting too many selfies can hurt your real-world relationships (you know, the ones you have with living, breathing people.) The study—conducted by the social media research team at Scotland’s Heriot-Watt University—found that if you “overshare” photos of yourself on Facebook, people start to dislike you. Simple as that.

10. You play into creepy strangers that message you.
Listen, you might be excited that a guy is messaging you because you’ve been single for years, but there’s no need to let your chats play out on your timeline. Or at all, since he’s a stranger and he’s trolling Facebook for pretty girls. #Ew. A friend of a friend flirting with you over private message is another story—you know him, and it could turn into something—but ignore the trolly dudes.

11. Sending out annoying event invites to everyone on your friend list.
STOP SENDING US INVITES TO YOUR EDM PARTY. First of all, not all your friends listen to EDM. Second, we probably aren’t even real friends. Oh, your jewelry party? Nope, probably don’t want to go to that either. If you’re guilty of this, it pays to really comb your list and invite only the people you think might actually attend your event.

12. Posting about your politics.
Hate the President, the potential president, the mayor, the Democrats, the Republicans, the Sentate, your local congressman, conservatives, liberals, lobbyists, or anything else having to do with the current state of the world? Go find a political chatroom and stop barking at us—we knew you in middle school and don’t care about your scary rants.