How somebody gets to be famous these days certainly isn’t what it used to be. Gone are the days when—in order to cement your name in the public’s consciousness—you needed to possess a pesky little thing called talent. In today’s fame-fixated society, all it takes is a little bit of exposure (positive or negative) to help a person become a star. Case in point: Kim Kardashian, who went from appearing on a reality show to landing the cover of Vogue.

However, in Kim’s case, her rise to fashion heights can largely be attributed to her fiance, Kanye West. Since not all reality stars are lucky enough to date a real-deal celebrity, many of them flock to music to keep them relevant.

It’s been impossible not to acknowledge the reality stars turned singers trend—after all, it’s given us some of the most appalling (and entertaining) singles of the last few years, so we decided to dig a little deeper and provide you with a comprehensive guide to the wide variety of reality TV characters who took a shot at singing careers. We’ve provided you with all the info—from the story behind the (awful) songs to how well they actually fared in the music biz.

Read on for more—and let us know, which song is your favorite, and which is the biggest trainwreck? 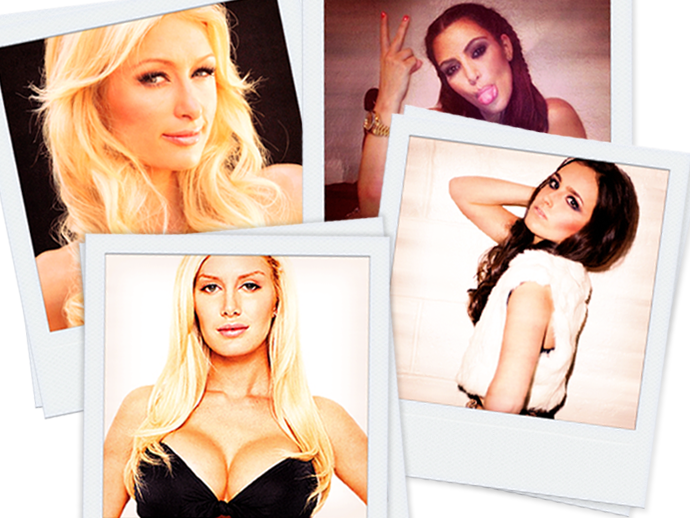 Countess LuAnn de Lesseps
Show: “The Real Housewives of New York City”
From the get-go, de Lesseps proclaimed that she was an aspiring singer. Viewers of the Bravo show eagerly awaited her singing debut, half-expecting that she would end up being a fantastic opera singer. Instead, we got this gem—an overly auto-tuned mess called “Money Can’t Buy You Class.” It can’t buy you good producers either, apparently.
https://www.youtube.com/kEDvlSAMhQU

Simon van Kempen
Show: “The Real Housewives of New York City”
Simon van Kempen was always one of the more controversial characters on the Bravo show. With a feverish love of leather pants, outrageous dancing, and himself, he released “I Am Real” at the height of his “fame.” The intention of the shockingly bad song was to silence haters who criticized his fashion sense and behavior. Instead, it managed to create even more haters. Regardless, it’s one of the most unintentionally hilarious songs we’ve ever heard.
https://www.youtube.com/nbRlRUlXWz0

Kim Zolciak
Show: “The Real Housewives of Atlanta”
With the help of her castmate (and Grammy-award winning songwriter) Kandi Burruss, Zolciak actually secured herself a spot on the iTunes charts thanks to her club hit “Tardy For The Party.” Despite initially claiming that she was a gifted singer, she clearly is not—but this single definitely marked a turning point for reality TV stars when it was released in 2009, proving that they could achieve some sort of mainstream success. Basically, she is a large part of who’s to blame for the upswing in aspiring singers in recent years.
https://www.youtube.com/wQo8vZixklg

Kim Kardashian
Show: “Keeping Up With the Kardashians” and all related spinoffs
How quickly we forget about Kim Kardashian’s brief foray into the music biz back in 2011. To be fair, she’s had a lot going on since then. Still, multiple high-profile boyfriends, a divorce, and a baby with Kanye West won’t ever make us forget the atrocity that is “Jam (Turn It Up).” Featuring background vocals and production from The-Dream, half of the song’s proceeds were donated to St. Jude Children’s Research Hospital, which is pretty much the only good thing that came of her music career.
https://www.youtube.com/gHp7sq1Tzn0

Paris Hilton
Show: “The Simple Life”
Of everyone included on this list, Hilton has probably had the most success as a recording artist. Although the heiress turned reality star turned purse designer isn’t exactly the next Beyoncé, she can relatively carry a tune, as proven on her 2006 reggae-infused debut single “Stars Are Blind.” Although she’s clearly taken a break from the music business to focus on other career endeavors, she signed a recording contract with Lil Wayne‘s label Cash Money Records, and she also recently claimed to have written every song on a new album.
https://www.youtube.com/FYLon-rki10

Drita D’Avanzo
Show: “Mob Wives”
D’Avanzo, a freelance makeup artist who’s married to an incarcerated mobster, has a secret passion: Rapping. The Albanian beauty first established her cred appearing onstage with major hip-hop acts like Lil’ Kim, whom she considers her musical idol. Her first attempt at a single was last year’s “Everything’s A Go,” where she rapped alongside French Montana about her love of Diddy‘s vodka brand Cîroc. Yeah, we’re serious.
https://www.youtube.com/ajwMyh1wXuk

Kelli Brooke Tomashoff
Show: “NYC Prep”
If you didn’t have the pleasure of watching Bravo’s short-lived 2009 show “NYC Prep,” which was initially intended to be a real life “Gossip Girl,” we pity you. The show, centered around a bunch of trust fund babies with bad attitudes and pointless drama, was beyond entertaining. Although it never returned for a second season, cast member Kelli Tomashoff’s single “Gave Up On Love” lives on. In case you need a refresher, Tomashoff is an aspiring singer (and a pretty decent one at that) who lived with her brother in a swanky pad on the Upper East Side while her parents resided at their Hamptons mansion. Her song may not have made a mark on the mass market, but she made an impression where it counts: On the gay world. Tomashoff performed the song in Fire Island to hoards of male fans back in 2011.
https://www.youtube.com/-Fz4C0PcKvc

Melissa Gorga
Show: “The Real Housewives of New Jersey”
It’s safe to say that Gorga jumped on the reality-stars-who-want-music-careers a bit too late—or perhaps her efforts just weren’t strong enough. Still, her 2011 single “On Display,” which discusses the troubled lives of celebrities who are frequently being chased by the paparazzi (Question: Are there paparazzi in Jersey?), did manage to score some airtime at various clubs where she did appearances.
https://www.youtube.com/Jw_Otv_m7mI

Danielle Staub
Show: “The Real Housewives of New Jersey”
Staub, who was clearly cast by Bravo to be the villain on the first two seasons of “The Real Housewives of New Jersey,” has dipped her toes in every industry from fitness to stripping. So, it’s no surprise she teamed up with her alleged ex-girlfriend Lori Michaels on “Real Close,” which we have no problem calling one of the worst songs of all time.
https://www.youtube.com/2wO9OLGXneg

Kenya Moore
Show: “The Real Housewives of Atlanta”
Once former Miss USA Moore uttered that she was “Gone With The Wind Fabulous” (whatever that means), it became an instant Internet sensation. So, earlier this year when she announced that she was releasing a single called exactly that, we weren’t shocked. Of all these stars, she definitely wins the award for least singing in an actual song.
https://www.youtube.com/sFK8CoJtul0

Heidi Montag
Show: “The Hills”
Montag’s instant fame thanks to her role as Lauren Conrad‘s best frenemy on “The Hills” clearly had a detrimental impact on the Colorado-born blonde, who famously underwent 10 plastic surgery procedures in one day back in 2010. In 2009, she decided to give it a try in the music industry, releasing her single “Body Language,” which heavily sampled Yaz’s classic 1982 track “Situation.” Here’s the situation: After the song’s debut, we never heard another note come out of Montag’s Restylane-infused mouth.
https://www.youtube.com/5Ch7tV9AWEY