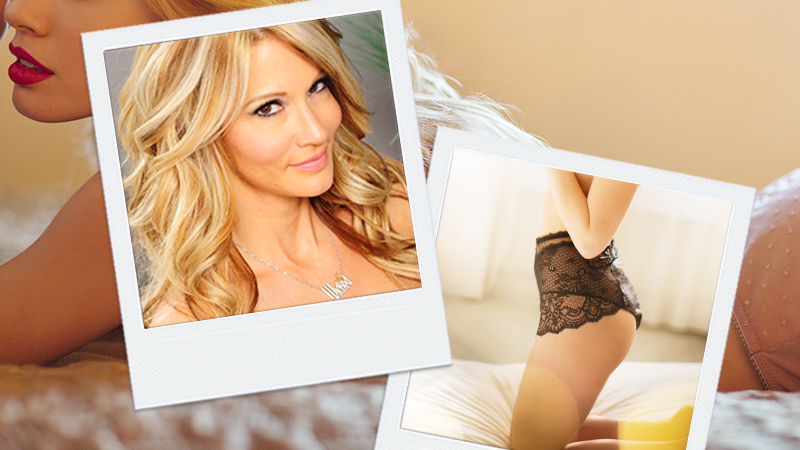 Another thing: Women do not spontaneously orgasm. It’s all in the editing. The majority of women out in the world are [having orgasms] by clitoral stimulation alone—I think it’s over 80 percent—and in adult movies, you see it happening every whichaway. I think women need to be let off the hook as far as that goes and not expect spontaneous orgasm from initial penetration.

On our end, some sex scenes will be shot in an hour and a half, but you’re only seeing fifteen or twenty minutes. You’re seeing a finished product made for fantasy and entertainment.

Has technology done great things for me? Yeah, of course. It’s gotten me more exposure, [it helps me] connect with fans. The drawbacks—because it’s so easily accessible—people think it’s a realistic representation of sex, and also piracy. Those are the worst things tech has done to our industry

On the Slate podcast, you talk about having complete control over who you shoot with, and the scenes you do. Is that always the case?
I have a very picky and pretty short list of people I like to work with. When I first started in the industry everyone did, but over the years people have gotten more lax, and there are people who aren’t as discerning as I am, but that’s my comfort zone. I work with people who I know, and who I have some degree of chemistry with.

At the end of the day, it can feel like a job. It’s fun at times—I love the acting portion, and I love the sex—but sometimes you get tired. I need somebody I’m really compatible with and someone who’s really respectful. If they meet the criteria, they get on the list.

You say respectful. What kind of behavior isn’t considered respectful?
Respecting my boundaries on camera and off camera. I want to do a terrific scene and have them say “that was great, see ya next time!” and not be smarmy with me.

What are your favorite types of scenes to shoot?
I like group scenes because if you’re trying something with one person and it doesn’t work, you have options. They can be a lot of fun and it can be a great way to introduce someone new to my list.

What’s the craziest thing a fan’s ever done? You must have some wild stories.
I was doing a feature dancing gig at a club in Philadelphia, and at the end of my show I do giveaways. Hats, tees, posters, and I hadn’t even gotten to the DVD yet and one of the guys [near the stage] starting waving his prosthetic leg in the air, that’s how bad he wanted the giveaway. what was I going to do? I walked right to him and I gave it to him. That was it. How do you respond to that!

It was nothing like I thought it was going to be. I, like most other people had some preconceived notions, and I was very comfortable with the environment and made the decision to [try a movie] and I took to it. I was fortunate enough to sign a contract with Wicked Pictures which really is the pinnacle of adult companies. I couldn’t be happier where I am. Since signing with them, I went on to write and direct and still perform, and do sex ed.

In your industry, what the real keys to success?
Success is very subjective. What are your goals? Do you want to make a ton of money, do you want to make a name? That’s the most important thing. Have a plan and figure out what success means to you. Pay your taxes, save your money.

That being said, that girl in the elevator, if she really wants to do it, she needs to do her research. Do your due diligence. Research companies you want to work for. I’m not saying people shouldn’t get in the business, I’m just saying I won’t persuade them to do it.

Jessica Drake is an an adult performer, director, Wicked Pictures contract star, and sex educator. She is also the creator of Jessica Drake‘s Guide to Wicked Sex instruction series.