Sari Rachel Forshner was 19 years old when she was raped on the USC campus by a male student. The assault profoundly impacted her and changed the course of her life, leading her to drop out of college (while her rapist went on to graduate). Here, Forshner bravely tells the story of how she put back together the broken pieces of herself.

I was drugged at a party and then raped next to a parked car, outside, by a USC student I didn’t know. There were two eyewitnesses—one of whom was a kind male classmate who took care of me afterward, and one of whom was employed by the university and never voluntarily came forward.

One of the first people I told believed me, but dismissed my experience as unimportant. I asked him to come with me to the rape crisis center, and he didn’t show up. After him, I didn’t tell others as soon as I could or should have, because I thought to myself, if the most important person in my life won’t walk up a single flight of stairs to see me on the worst day of my life, then why the hell would anyone else care?

The police detective asked me what I was wearing. I remember feeling defensive, comparing it in my head to skimpier outfits I’d seen on others that night. I wanted to shout that I had long pants on. I wanted to pretend my shirt hadn’t been a little sheer. I was afraid that would be it; they would write down “see-through shirt: asking for it! case closed.”

I went on HIV prophylactics because there was no way of knowing my rapist’s status. Those drugs are profoundly debilitating, and I wasn’t physically capable of continuing school. My parents wouldn’t allow me to take a leave of absence without telling them why, so I broke down and blurted out the truth. 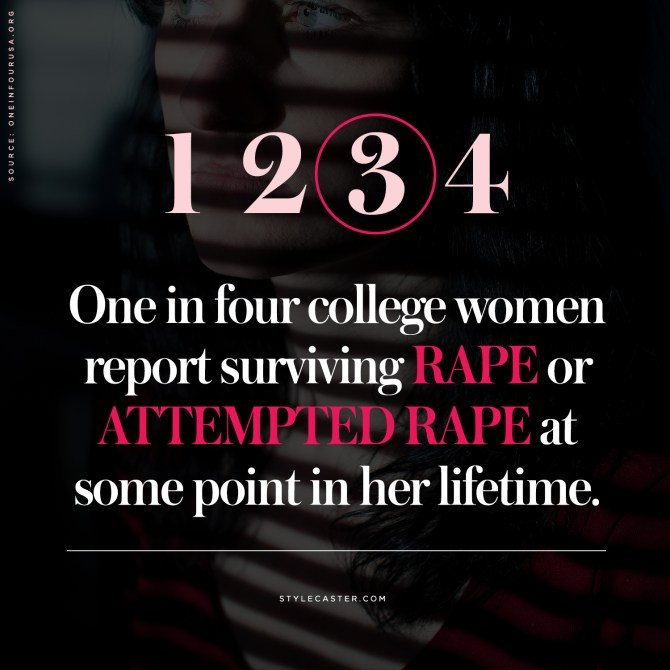 My parents did not condemn me for being raped, but it always felt like they did condemn me for my reaction. It’s important to remember, as the loved one of a survivor, that believing them does not begin and end with simply believing that they have been raped.

Believing them must extend to believing their symptoms, believing their experience, believing that they are trying their best, even when you can’t understand how this bright, previously successful person’s new ‘best’ could possibly be as basic as leaving the house that day.

My parents really wanted me to graduate from college on time, in spite of my leave, and kept insisting that my failures must be due to a lack of effort, rather than due to the very real symptoms of post-traumatic stress disorder. I eventually wrote them a letter declaring that I was both leaving school and staying in Los Angeles for the sake of my mental health, even if that meant they cut me off financially. It was one of the scariest, bravest, and best things I’ve ever done for myself. That decision probably saved my life.

In 2013, I helped file a federal civil rights complaint against the university because of the eyewitness employee, as well as the fact that the school refused to cooperate with the investigation of my rape. As far as I know, my rapist graduated from USC a year after I was supposed to. 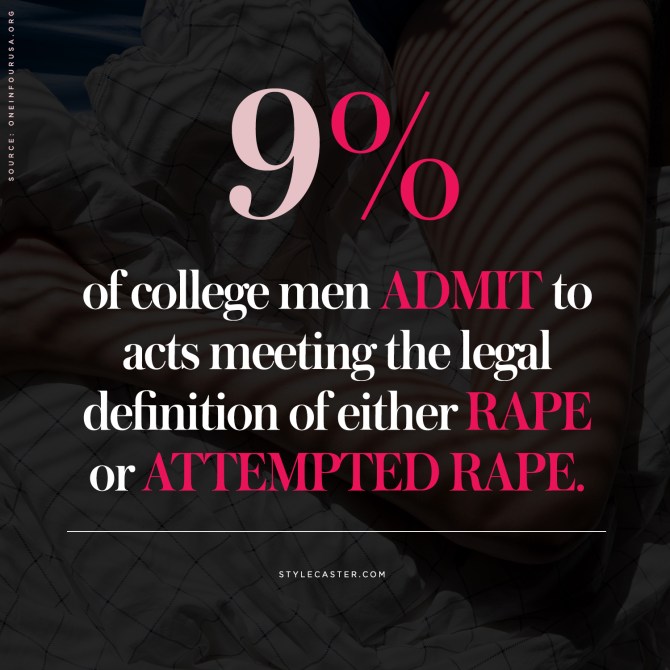 MORE: ‘My Best Friend Chose My Rapist Over Me’

‘Trauma is not one-size-fits-all’

When my parents first flew to LA, they sat me down and asked me what they could do to help. That’s the best question you can ask someone, when you don’t know what to do—but the even more important thing is to actually listen to their answer.

The medication I was on made all food taste like glue, but I had to have a certain amount of calories for it to work, so I asked them to go to the deli and bring me some matzo ball soup. They said no, because they didn’t think that was an important enough kind of help, even though it was important enough for me to ask for.

I had to ask for soup three days in a row before I cried in frustration that they were presumably there to support me, but would not get me the one simple thing I asked for. They didn’t mean to make me feel so dismissed, but they weren’t listening. I didn’t need them to take over my life and do big hard things, I just wanted someone to hear the fact that I needed something to eat.

By far the biggest mistake that people make in their treatment of survivors is to assume. Trauma is not one-size-fits-all. Instead of wasting your time searching for a universal how-to, listen to the survivor in front of you. Ask them what they need. Half the time, they know, and they’ll tell you. It may not make sense to you, but do it. Rape is a crime of control—someone took control of a victim’s very body away from them. Do not amplify that problem by taking their control away again in the guise of helping them. Don’t just support them—support the decisions they make for themselves. 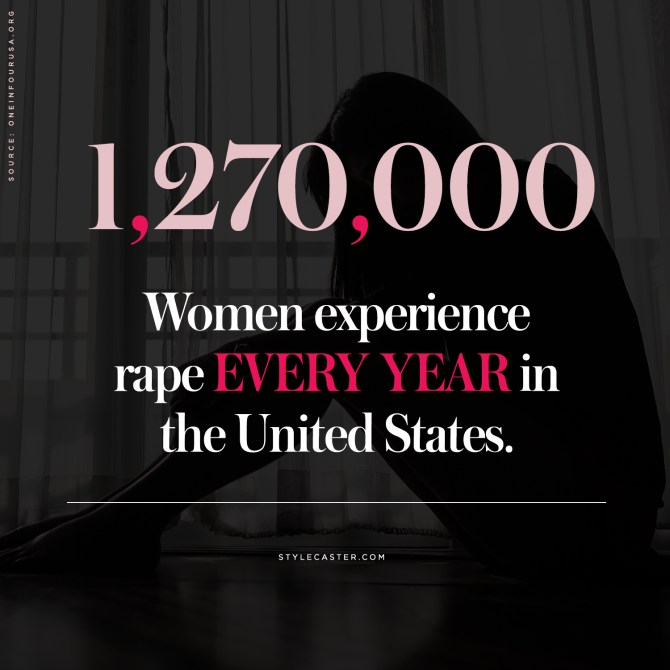 ‘I had the right to be broken, because someone tried to break me’

It was excruciatingly difficult to accept that my capacities were not static, and that I couldn’t expect the same of myself anymore. The people around me expected that I be able to meet the same high standards I always had, and I almost destroyed myself trying to.

The reality is that that’s virtually impossible to move on in a healthy way without pausing first to mourn the very real things you’ve lost. Healing is absolutely possible, but it doesn’t look like people expect it to. It’s not simple, and it’s not linear. Sometimes you take 2 steps forward and 5 steps back. Sometimes you think you’re all better, and then the noise a dry leaf makes as the wind blows it across the pavement scares you so much that you have to run home sobbing and lock all the doors. It is okay—nay, it is important—to allow yourself to feel like shit for a minute.

This idea that strength means remaining unaffected is pervasive, but ridiculous. Strength is fully acknowledging how horrible your experience was, and choosing to live, anyway. Just because I’m here and speaking out today doesn’t mean I’m okay. I was shocked to lose so much of what I had once thought was immutable about myself. Everything changed, and I would have begun to heal so much sooner had I not tried so hard to force myself into being fine. I was not fine, and I had the right to be broken, because someone tried to break me. 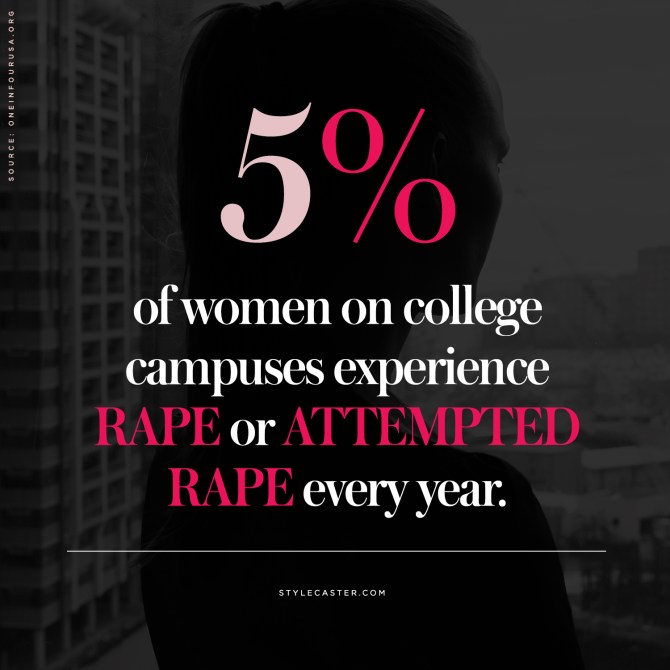 When it comes to sexual assault victims’ approach to romantic relationships, our society tends to believe that the only story after rape is of a pure, virginal victim who never wants to be touched again, and that is not the only narrative. Rape is not sex. I repeat: rape is not sex. Rape is a crime of control that involves the genitals. I once got up and said as much at a USC survivor speak-out, and the girl who got up after me started weeping, because she hadn’t understood that before.

We don’t talk about the ways sexual violence can affect one’s sexuality nearly enough. We still act, as a society, as if victims can no longer have one. I am as entitled to have consensual, pleasurable sex as anyone is, regardless of the violence that has been committed against me.

Personally, it’s been a hell of a journey to get to that sex, though. At the beginning, I was disgusted by the fact that my body was still capable of arousal at all. I’m bisexual, so I do not only sleep with cisgender men, but I’ve very recently had the deeply unsettling realization that in the first three years after my assault, I did not say no to any man who asked me for sex.

Consenting to sex that I did not want in no way protected me from the possibility of being raped again. Once, a man and I were kissing, and I told him I didn’t want to have sex that night. He said “That makes one of us!” and kept going. Eventually, I just gave up and let him fuck me. I was too afraid to try saying no more firmly. Better to agree to sex I did not want than to be raped again, I reasoned.

Honestly, the best sex I’ve ever had was with a fellow survivor. We sat down and talked through how we felt about all varieties of sexual experiences before having any, and checked in with each other every step of the way. People worry that talking will diminish the sexiness of an experience. It doesn’t. I’ve never come as many times in a row in my life as I did when I was with her. Ceasing to wonder what your partner wants or if they will try something that you aren’t comfortable with frees you to do nothing but enjoy yourself. Great sex is all about communication, survivor or not. 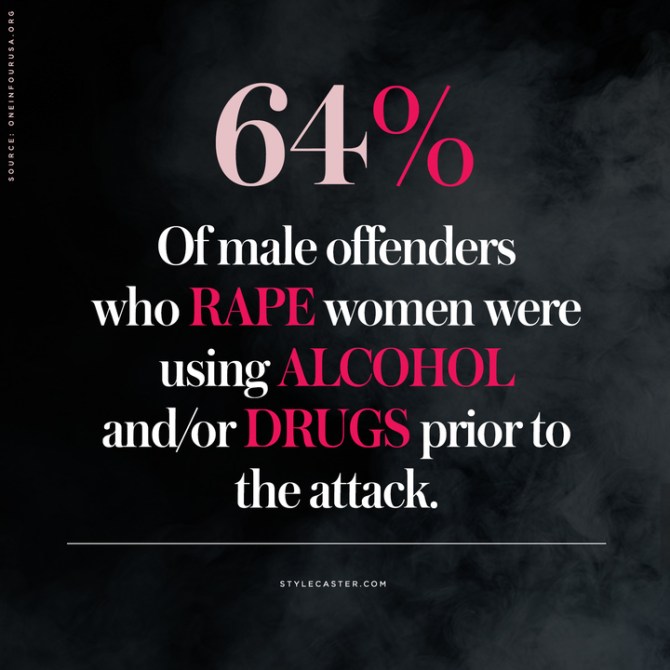 As comforting as it is for those who have not experienced it to imagine a silver lining to violence, sometimes there isn’t one. How much more I could have done to better myself and the world I live in had I not wasted so many years of my life trying to convince myself to stay alive? What could I have done with all of the hours I wept because I was afraid to go outside, because I hated myself for not being brave enough to take the garbage out at night? How many degrees would I have by now if academia was more concerned with the safety of its students than its reputation?

Every year it gets a little bit easier, but it’s been hard work to make that the case. I don’t know that I’ll ever be ‘all better,’ and I certainly will never be the woman I was on my way to becoming. This will always affect me, but that doesn’t mean I don’t have happiness in my life. I’m glad, now, that I never killed myself. The world can be a terrible place, but it can also be a beautiful one. I have had love in my life. It’s worth sticking around for.

‘It is the responsibility of others to create an environment where survivors are believed, supported, and assisted’

Right now, the onus is on survivors to come forward and bare their pain to a judgmental world in order to shatter stigma, but this is not the way it should be. It is really the responsibility of others to create an environment where survivors can be confident that, if they do choose to come forward, they will be believed, supported, and assisted—not doubted and dismissed.

I guarantee that you know people who have been raped, but have not told you. When you see a story about rape in the news, don’t immediately start picking apart whether or not you believe the victim. Don’t defend Bill Cosby because you think he’s funny. Don’t make—or laugh at—rape jokes. The people you care about will remember these things, and they will know that you are not a safe person to share with. Show them that they don’t have to be afraid to tell you by the way you respond to this issue in general.