They’re here, they’re here! With the 2014 Sochi Olympic Games now only two weeks away, designer Ralph Lauren has officially unveiled his designs for the Opening Ceremony uniforms, which will be worn by all the U.S. Olympic teams during the massive event to open the games on February 7. Check them out: 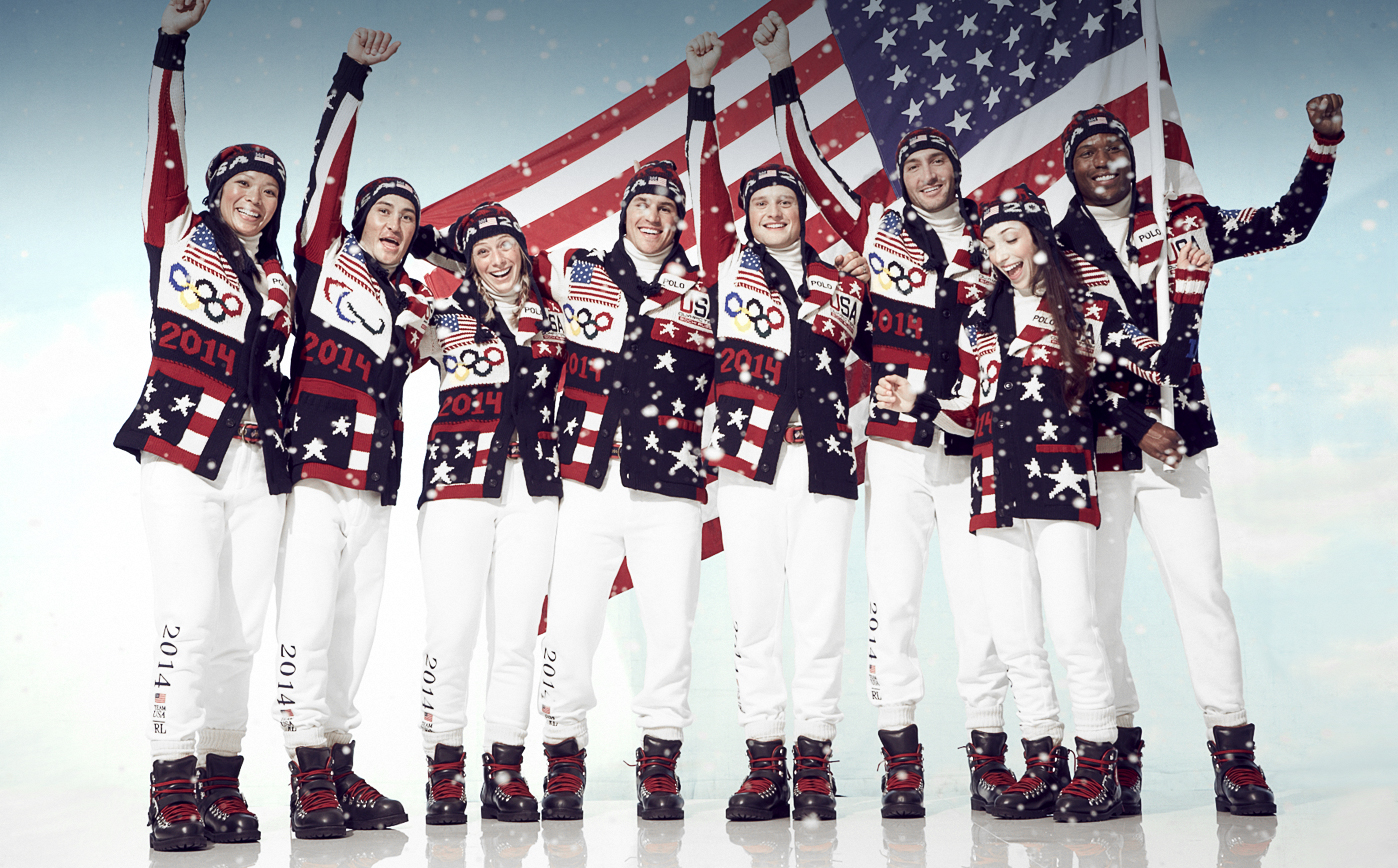 We must confess, they’re quite cozy-looking. Especially as much of the United States is currently enduring bitterly cold temperatures and unwelcome amounts of snow sludge, this image of our nation’s premiere athletes all bundled up in designer garb and snow boots gives us a strong feeling of communion with our fellow Americans. And as we regularly expect from Ralph Lauren, they are patriotic enough to last a lifetime.

Check out the looks close up below, as modeled by U.S. Olympic ice hockey teammates Zach Parise and Julie Chu. 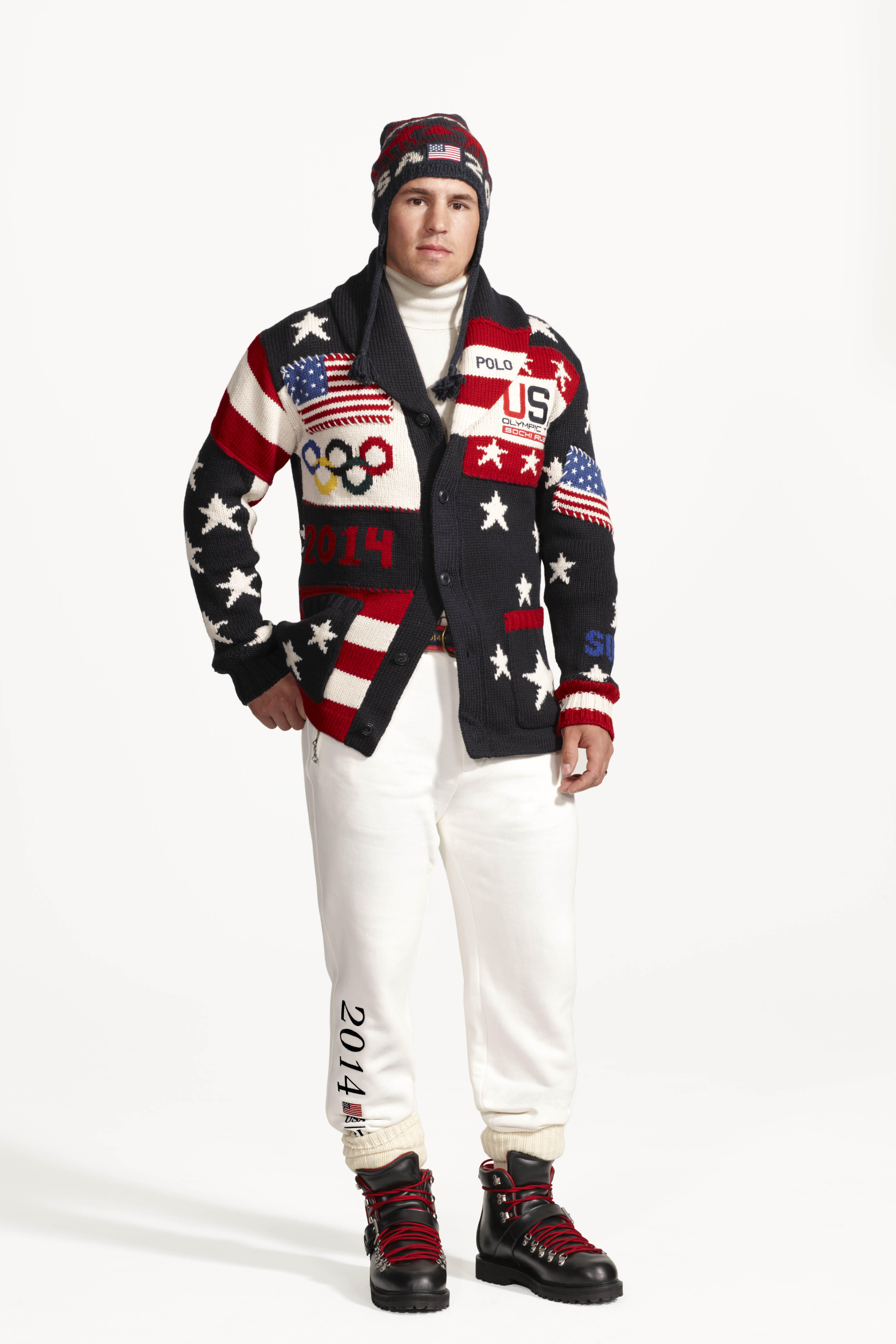 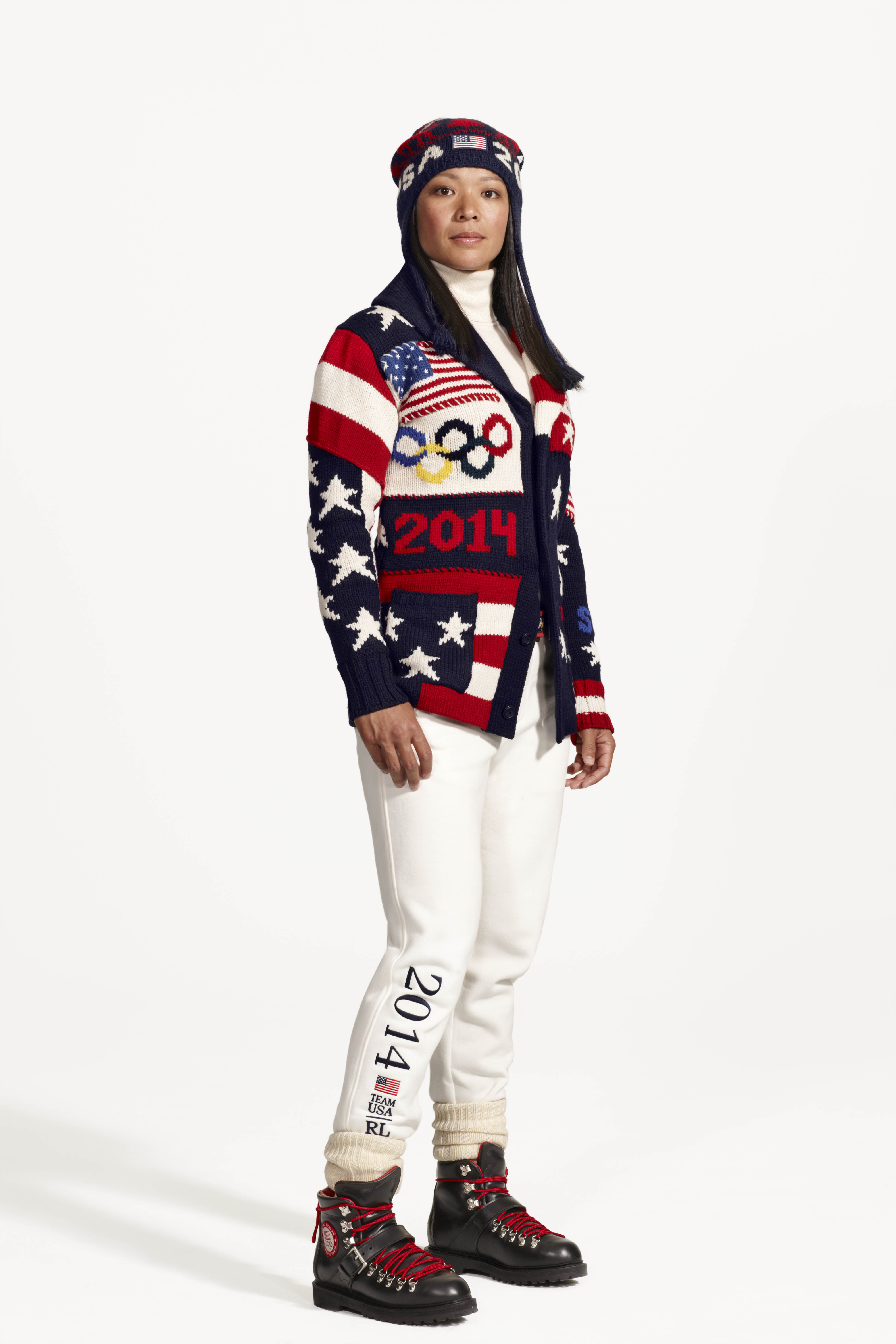