Every color of the rainbow has graced the Golden Globes red carpet in the awards show’s 74-year history. But this year, one brightly colored gown caught every fashion lover’s eyes. Rachel Brosnahan, star of the Golden Globe-nominated show The Marvelous Mrs. Maisel, was truly the bright spot of the 2019 Golden Globes in a canary yellow dress—one that was excitingly beautiful on its own, but even more exciting given that yellow is incredibly on-trend in 2019. 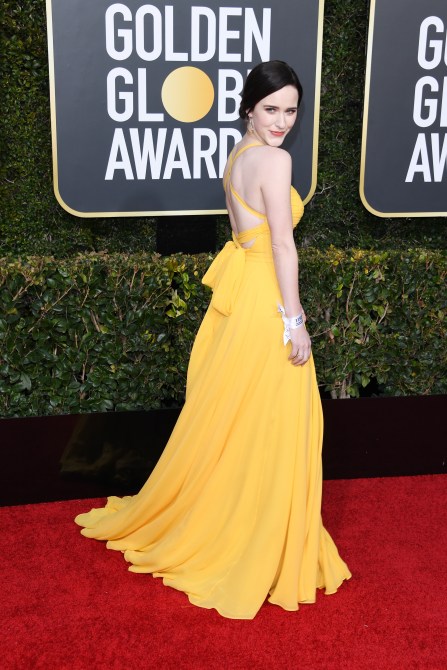 Bright yellows pervaded the runways at September’s New York Fashion Week, where designers showed their spring/summer 2019 collections. It’s fitting, then, that Brosnahan would opt to step out of the grayscale and into such a striking shade of yellow.

The beautiful canary yellow gown fits Brosnahan like a glove (of which Brosnahan’s The Marvelous Mrs. Maisel character would certainly approve), and the open back cut is to die for. The classic silhouette resembles other gowns Brosnahan has worn on previous red carpets, but the vibrant color and perfect fit of this dress elevated it to the highest bracket of awards show fashion.

Brosnahan’s vintage-inspired earrings—featuring rich shades of deeper golden yellows—acted as a nod to her Amazon Prime show, which is set in the late 1950s. (They also served as the perfect dynamic complement to her bright gown.) Brosnahan topped off her look with a subtle brown smoky eye and light coral lip, both of which further accentuated her primarily yellow palette. 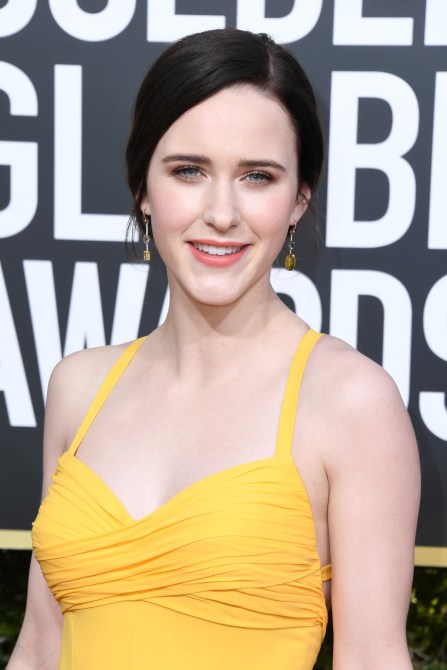