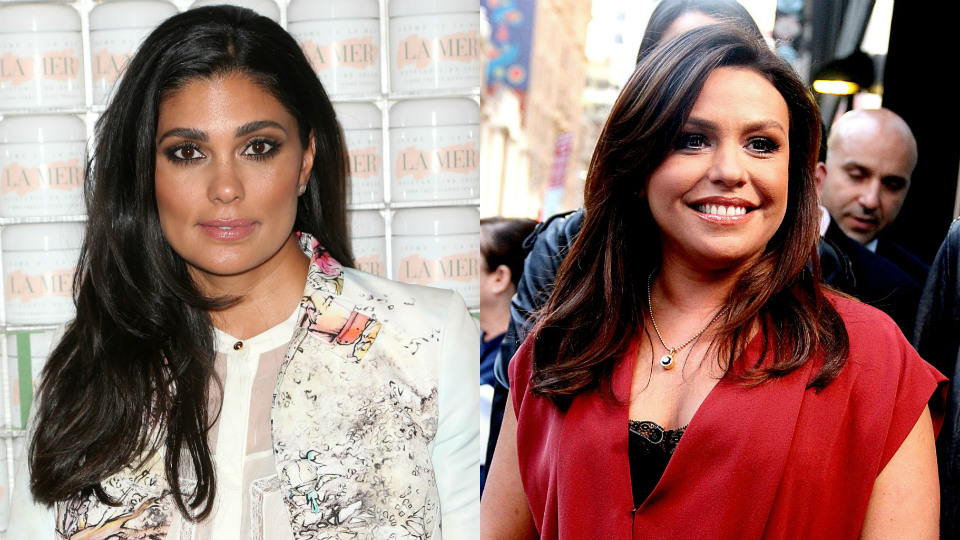 There’s a huge difference between Rachael Ray (above right) and Rachel Roy, but the Internet hasn’t gotten the memo, apparently. Crash course: Ray is a celebrity cook and author known for things like starting a kids’ food charity called Yum-O! [exclamation point, theirs]. Roy is a fashion designer who has dressed everyone from Michelle Obama to Kim Kardashian.

In case you’ve been under a rock for the past 24 hours, this matters because Beyoncé dropped a new special and album, both called Lemonade, on Saturday night; the track “Sorry” includes the lyrics, “He only want me when I’m not on there / He better call Becky with the good hair.” Shortly thereafter, Roy nominated herself as “Becky” on her Instagram, pulling the old post-and-delete with a photo captioned, “Good hair don’t care, but we will take good lighting, for selfies, or self truths, always. live in the light #nodramaqueens.”

Ever since Roy’s fateful photo went live, the Beyhive has been livid—and very creative, revising both Roy’s and Ray’s Wikipedia pages (Roy’s now has a telling note in italics at the top, “Not to be confused with Rachael Ray“) and full-on bombarding both of them via IG and Twitter.

Don’t feel too terrible for Ray, though. As they say, there is no such thing as bad publicity. Ray, literally making lemonade out of lemons, posted an Instagram photo of a fancy spin-off of the drink yesterday. Though she hasn’t publicly spoken about her non-involvement with the controversy, this was pretty much the perfect wink/eye-roll to the whole situation, so, props, Ray.

A few of the best cases of Ray/Roy confusion on Twitter (please note that Deray McKesson is one of the 10 people Queen B follows on Twitter):

I thought Rachel Roy was Rachel Ray. I've never heard of Rachel Roy. I thought it was a typo.

It's kind of funny to imagine Rachel Ray this a.m., chopping up a pepper for an omelet or whatever, sunlight streaming in, being like "why."

i was about to drag rachel ray until i noticed it said rachel ROY. now someone please tell me who tf this is. pic.twitter.com/Qd0Sponhgm