R. Kelly has broken his silence on the sexual and physical abuse allegations brought forward in Lifetime’s docuseries, Surviving R. Kelly. The rapper went on CBS This Morning to deny the allegations where R. Kelly also reacted to Lady Gaga pulling their duet, “Do What U Want.”

When news of his reported assaults rose to the surface, Kelly went on the defensive, but many stood by the survivors. Among the supporters was recent Oscar winner Lady Gaga. The singer-turned-actress apologized for ever collaborating with R Kelly and said she was pulling their duet from all streaming services.

“I made both the song and video at a dark time in my life,” the singer said in a statement. “My intention was to create something extremely defiant and provocative because I was angry and still hadn’t processed the trauma that had occurred in my own life.” Gaga removed the song from iTunes and other streaming platforms.

In Kelly’s interview with CBS This Morning, Gayle King asked Kelly how he feels about both the music industry and Lady Gaga’s response to the accusations. She also asked him to talk about his reaction to the streaming sites like Spotify removing his music from playlists.

Kelly called the A Star is Born actress “a very great talent,” but added it’s “unfortunate that her intelligence go to such a short level when it comes to that.” The “Ignition” singer said he doesn’t have anything against Gaga, but did say it’s “not professional because something like this can happen to any artist. Anybody famous. Anybody famous can get accused of so many different things.”

In 2013, Kelly and Gaga performed together at the American Music Awards at the Nokia Theater L.A. Live in Los Angeles. 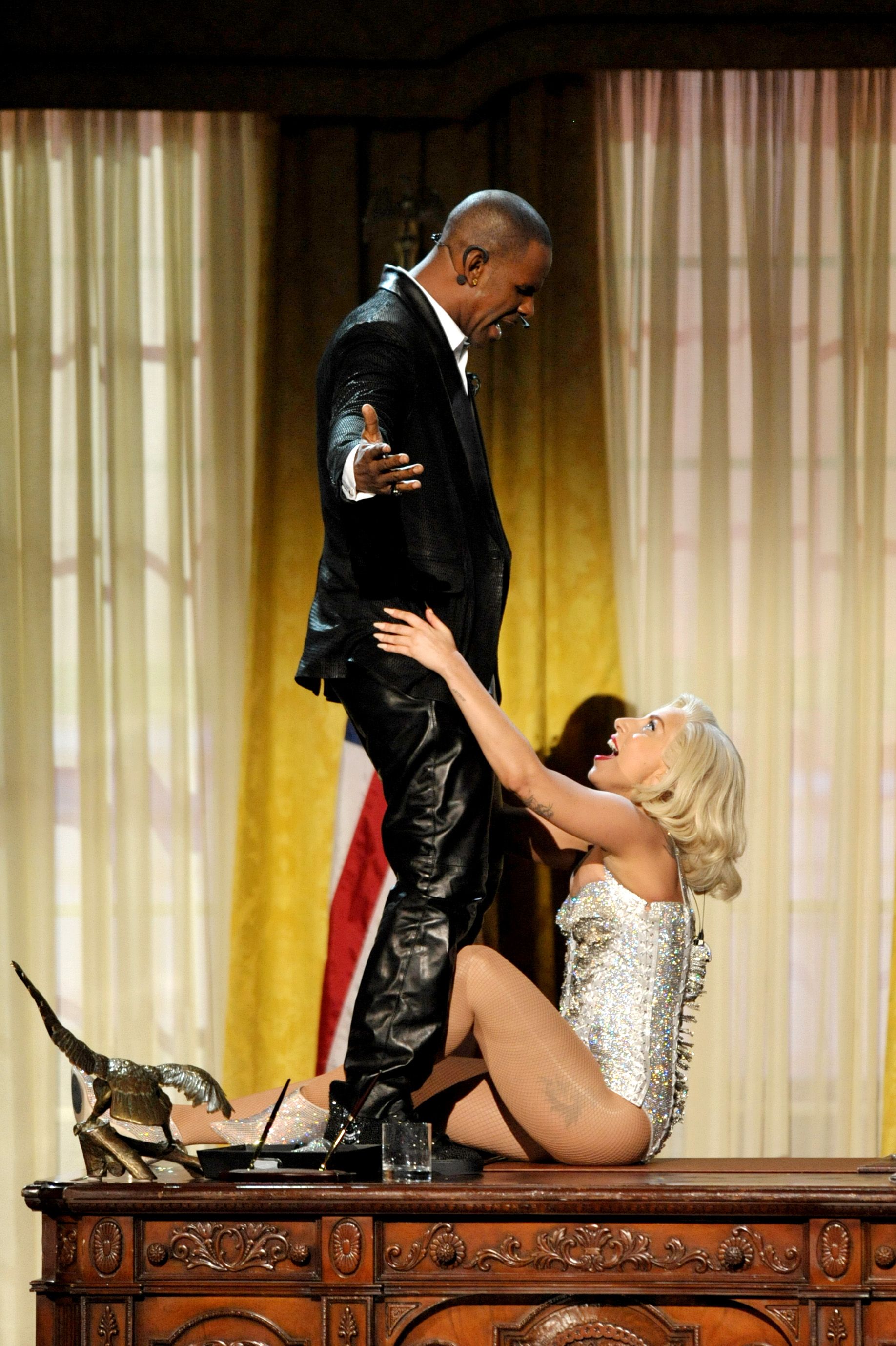 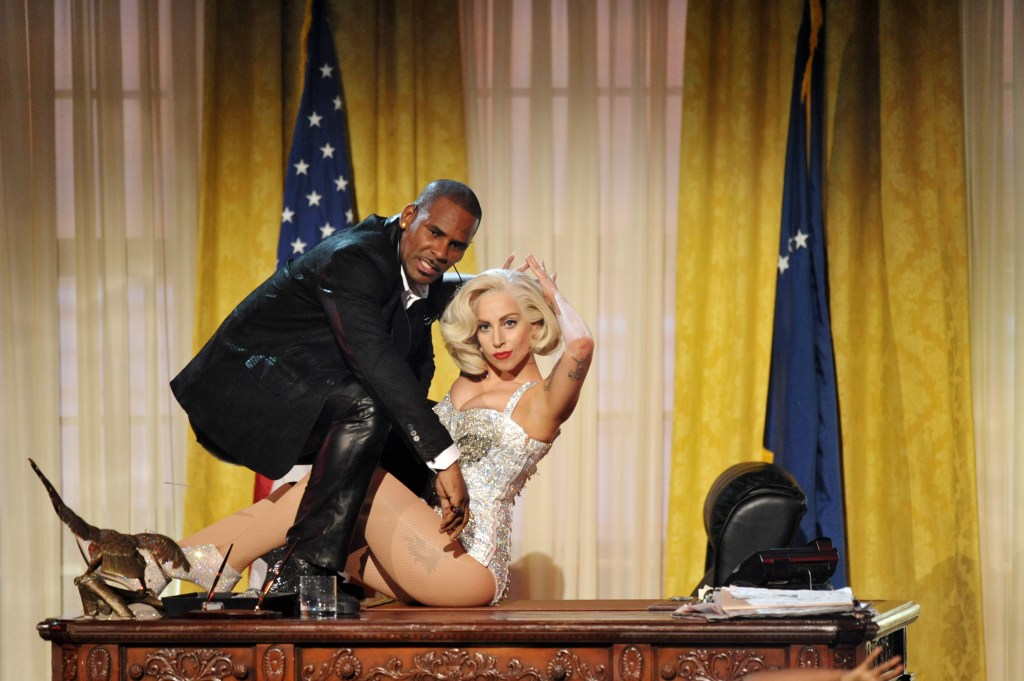 It is unfortunate that the lyrics of the song seemingly condone the man doing “what he wants” with a woman’s body. Like Gaga said, she was processing her own issues and trauma and clearly had not intended for the song to play out the way it did.

And in fact, Lady Gaga has faced heat from all sides—those wanting her to condemn Kelly and also those wondering how someone, who is a survivor herself, could ever have made music with someone who had already faced some allegations. Back when she released “Do What U Want (With My Body),” Gaga was hit with backlash, because a few years prior, Kelly, who was featured on the song, had stood trial in Chicago on child pornography charges.

“The song is called “Do What U Want (With My Body),” I think it’s clear how explicitly twisted my thinking was at the time.”I’m sorry, both for my poor judgment when I was young, and for not speaking out sooner,” the singer said back in January.

During a press conference in 2013, Gaga explained their partnership on the song. “R. Kelly and I have sometimes very untrue things written about us, so in a way this was a bond between us,” she said. “That we were able to say, the public, they can have our bodies, but they cannot have our mind or our heart. It was a really natural collaboration.”