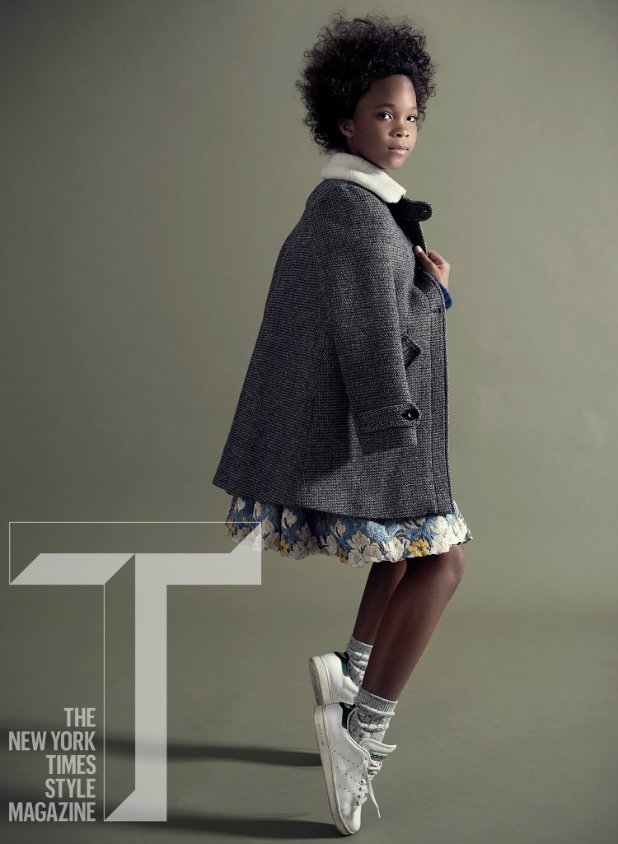 Quvenzhané Wallis rose to fame when she starred in 2012’s “Beasts of the Southern Wild”, and then was nominated for an Oscar. Now, the 11-year-old is about to reach super star status, thanks to appearing in the title role in the upcoming “Annie” remake alongside Cameron Diaz and Jamie Foxx. Yet another accolade to add to her belt? Scoring the cover of The New York Times’ T magazine. 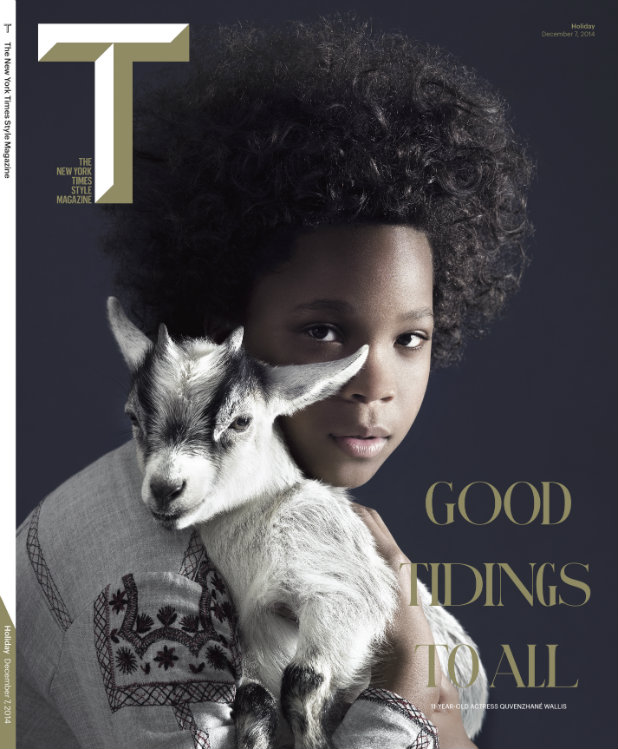 Predictably, Wallis looks pretty adorable in the spread—including posing on the cover with a baby goat—and her interview isn’t any different. In it, she shares that her favorite colors are turquoise and pink, that her favorite song is Arianna Grande’s “Break Free”, and yes, she gets a little bored doing interviews.

MORE: 22 Celebrity Kids Who Are More Stylish Than You

“I’m not gonna name names but sometimes when reporters are talking it gets a little boring because I don’t have any jokes to tell because the questions are so serious,” she said.

Considering that Wallis has an Oscar nod under belt, two big films in the works, including one starring Russell Crowe and Octavia Spencer, and that she’s the first face of Armani Junior, you might think fame is getting to head. Luckily, the actress seems pretty level-headed on that front. “When strangers see me they’re starstruck because of who I am, but my friends take me as a friend because I’m their friend — not because I’m a movie star,” she sagely said.

Head over to the New York Times to read the full interview!