Remember when Oscar nominee Quvenzhané Wallis was the fashion apple of everyone’s eye during last year’s red carpet season? The then-9-year-old almost showed up to every event in some custom designer creation that was equally adorable and chic–and she never left hte house without her trademark puppy purse. Now, she’s a bona fide fashion star. Check it out: 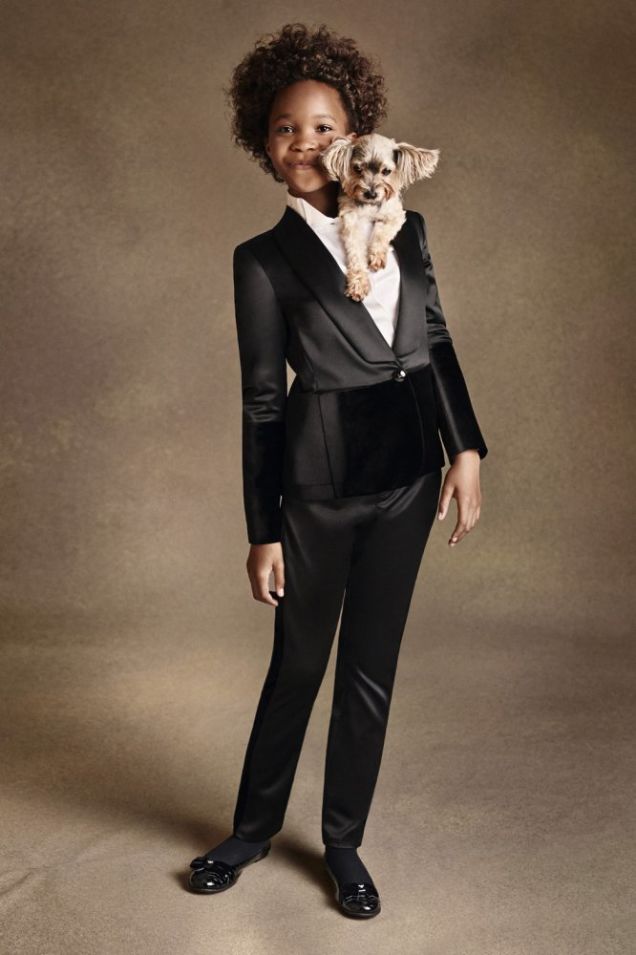 Wallis has been tapped as the face of Armani Junior, the children and teen arm of the iconic Italian couture house. The Hollywood Reporter got the scoop on the kiddo’s super-stylish new role, reporting that she is the only major child star to ever land a major high-end fashion campaign.

“Quvenzhane is so talented, despite her young age,” designer and legend Emporio Armani told THR. “Her kindness, curiosity, and openness toward others really struck me, as they are all traits I admire. It is for this very reason that I wanted her to be the face of Armani Junior. With her insatiable energy, Quvenzhane made the clothing come alive, interpreting it in her own singular way.”

We think she looks beyond adorable in the first released shot, and the addition of a super-cute puppy (an upgrade from a purse, no doubt!) only serves to make it all the cuter.

MORE: 50 Most Stylish TV Characters Ever