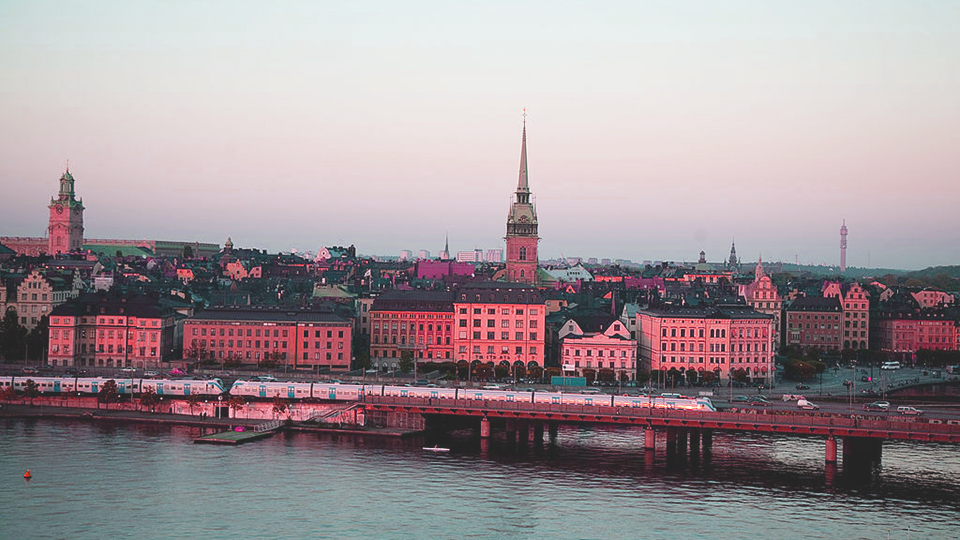 Last winter, I was sitting at my desk at my old job at a newspaper, eyes glazed over from the constant glare of the four screens in front of me and the flicker of the obnoxiously bright fluorescent lights, fighting off a headache as I tried to file several stories on deadline. I sighed, looking at my half-eaten Sad Desk Lunch, and without a second thought, pulled up a draft of my notice, explaining how I was quitting to go travel the world. I typed in a few more particulars. And then I hit the send button.

There was no turning back now.

I loved my job, but I was burnt out and exhausted from early-morning meetings and late-night industry events, and, egged on by countless essays and articles about how #awesome it was to leave your soul-crushing desk job to see the world, was ready to live my own version of it.

I had read plenty. There was the editor who left her $95,000/year job to scoop ice cream on a beach, and the one about the transformative power of learning to live out of a backpack. The BBC Travel section even has a whole section dedicated to the genre.

The message, when boiled down, tends to be this: eeing the world is intrinsically better than eating a lifetime of Sad Desk Lunches. That is, a life in an office is a life wasted.

By the time I turned in my notice, I thought I knew the color of my parachute. I had the chance to live in Stockholm for nearly three months with my boyfriend while he finished medical school, and his program would also take us to Italy and Eastern Europe. It was too good to pass up, and in my mind, I was already writing my own smug essay masquerading as self-help to the poor slobs still stuck in New York fighting the rat race.

First, the good. I had been to Stockholm once before a few years back, and already had a few casual acquaintances, and also knew my way around the city’s many islands. Our housing—a cute little studio with a sauna, people—was mostly covered by my boyfriend’s med school. And so, it seemed the perfect setup. I would freelance by day, live like a Swede by night, and see the world on the weekends. 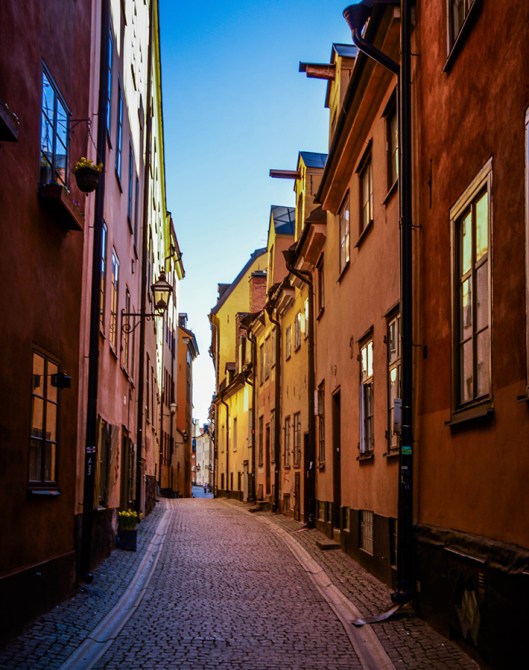 Which I did, to a point. But what you see on travel blogs and Instagram is a half truth, an almost lie. Because while I was happily posting pictures of me wandering around Stockholm’s Old Town or enjoying a weekend in Copenhagen, off camera, I was struggling.

Because I was six hours ahead but still freelanced for mostly New York–based publications, I often had to work late to keep in touch with editors and make sure I responded promptly, making me one of the only people in Sweden to work later than 5 p.m. And yes, our little flat had a sauna (major perk when the average spring temperature doesn’t go above 50 degrees), but no laundry or Internet, so I had to trek to a coffee shop every day and fork over $40 to wash three damn T-shirts (most Swedish apartments come equipped with washing machines, so a Laundromat is both rare and wildly expensive).

And here’s the catch-22—now that I was in the ground zero of European travel, I didn’t have the funds to, you know, travel like I wanted to. Sure, I had planned for months about leaving my last job, but had some emergency health issues that had come up right before I left, putting a serious dent in our savings. Add that to the high cost of living in Stockholm (an entrée at a midlevel restaurant starts around $30, without appetizer or drink, an Uber from one side of town to the other is $65), and it suddenly felt like the grand plans we had dreamed up were crushed. 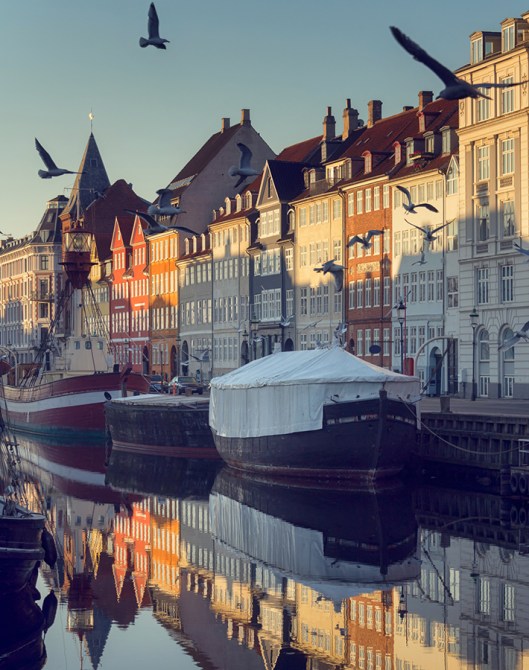 My boyfriend and I ended up going to Oslo, Copenhagen, and Malmö during our time in Stockholm because the trips were already booked, but subsisted on grocery-store bread and cheese in each city. Needless to say, there were no souvenirs, no indulgent glasses of wine watching the sunset over the fjords.

MORE: The Cheapest Times to Go on the Most Expensive Vacations

Things got easier when we made it to Lithuania, where the dollar was strong against the euro and we could afford to eat more than just bread and cheese, though sadly, a lot of traditional Lithuanian foods are fried iterations of both. But then the weather was against us, and for the week we were in the small medieval town of Vilnius, it was cold and rainy.

We flew to Rome during the last week of May, and traveled to Florence and Venice, too. I gave myself some time off of writing to enjoy the Pantheon and pasta, among Italy’s other , and all too soon, it was time to head back to Real Life. I was sad to leave, but at the end of nearly three months of living out of a suitcase, I was ready to have some stasis in my life.

What pisses me off about the “I Traveled the World and It Was Awesome” articles is that they’re so one-dimensional. I mean, of course my time in Scandinavia and Europe in general was life-changing—how could it not have been? I literally changed my life to do it—but it was also not all jet-setting wishes and Instagram dreams. Nonstop travel is exhausting. It’s remarkable how sitting on a train for hours at a time will sap the energy from you. Taking a five-hour train from Stockholm to Malmö, only to take another train to Copenhagen to walk around for 14 hours is great and all, but your body hates you every step of the way. And, after a while, I got tired of the same five shirts, over and over and over. 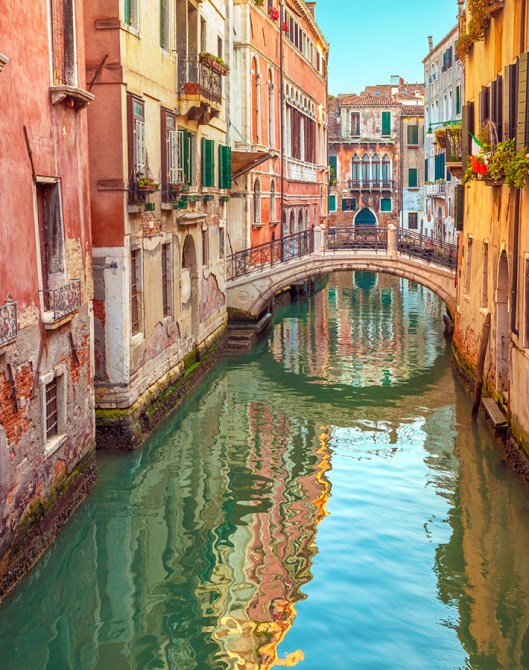 Beyond the cost of nonstop travel, there’s a nonmonetary price to pay. In our months abroad, my boyfriend and I missed out on our friends’ weddings, birthday parties, happy hours, and comedy shows. Because we were constantly on the go, and Wi-Fi wasn’t always reliable, it was hard to keep up, save a quick scroll through Facebook.

MORE: The Everything Guide to Traveling Like a Celebrity

Now that the trip is behind me and I’m again sitting behind a desk for long hours, I ask if traveling the world was intrinsically better than working a traditional desk job. And my answer is: I don’t know. It was different from the paths many of my friends have taken, and I’m 100 percent glad I did it, but I can’t say that I “found” myself or any Pinterest-worthy inspirational quote to that ilk.

Maybe that’s not all that helpful in helping you make your own decisions. Here’s what I do know: I believe you should find some kind of job that makes you happy and fulfilled in some small way, and if you’re unhappy where you currently are, find a gig that makes you excited to go into work (or at least not dread Mondays).

If that means quitting your current position and scooping ice cream on a beach, go forth! Scoop away! But know the other side to that coin—everything is more complicated than you’d initially believe.

But that’s a good thing. Because that, of course, is life.