Princess Diana’s biographer, Andrew Morton, claims Queen Elizabeth II was open to Meghan Markle’s acting career continuing as a royal—but the Duchess of Sussex didn’t give the monarch’s offer much “thought” until it was too late.

Morton, who is the author of the Princess of Wales’ bombshell 1992 biography Diana: Her True Story—in Her Own Words, joined the hosts of PureWow’s royals podcast, Royally Obsessed, on Tuesday, April 1, to discuss Meghan and Harry’s Oprah interview and its similarities to Diana’s time as a royal. During the episode, Morton says he did see connections between Meghan’s time in the palace and her late mother-in-law’s experience. “When I was watching the interview, I was ticking off, ‘yes, sense of isolation, yes, sense of desperation.’ Exactly what Diana was saying to me,” he said. “But then again, well, friends of mine have seen Meghan walking from Whole Foods supermarket on Kensington High Street with bags of food back to Kensington Palace.”

The royal biographer went on to reveal his take on Prince Harry’s claim during the interview, where he suggested that the royal family wanted Meghan to continue acting over concerns they could not afford to “pay for her” as a royal. According to Morton, the offer was more of an opportunity for freedom granted by the Queen—except Meghan and Harry didn’t recognize it as such at the time. 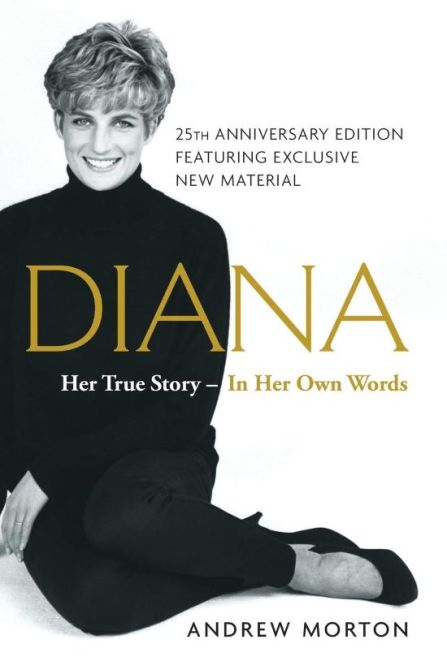 “They were given a degree of latitude,” Morton explained. “They were told ‘here are your first-class tickets, pick a country you want to go to, we’re going to make you youth ambassadors for the Commonwealth.'”

He continued, “In fairness to the royal family, in fairness to the Queen, she did give them that opportunity to go wherever they pleased around the world. And also, they did say to Meghan, ‘if you don’t want to embrace royal duties full time please be our guest and continue your acting career.’ So all those opportunities were open to her and I think that if you want my view about what happened neither of them gave it the thought they should have done.”

The Duke of Sussex made mention of Meghan’s acting career when referencing the royal family’s early response to their relationship, which allegedly included concerns about their future children’s skin color. “That was right at the beginning, when she wasn’t going to get security, when members of my family were suggesting that she carries on acting, because there was not enough money to pay for her, and all this sort of stuff,” Harry told Oprah. “Like, there were some real obvious signs before we even got married that this was going to be really hard.”

So, from Harry’s perspective, the Queen’s offer for Meghan to continue her acting career had little to do with freedom and more to do with the palace’s disinterest in accepting her as a senior working member of the family. By this point, however, Meghan was already reportedly interested in transitioning away from acting, Vanity Fair reports, citing Omid Scobie and Carolyn Durand’s biography, Finding Freedom: Harry and Meghan and the Making of a Modern Royal Family.

In their biography, Scobie and Durand reportedly include details about Meghan’s interest in a career change, as she was exploring humanitarian and lifestyle opportunities before meeting Harry in 2016. This would explain, among other reasons, why Meghan decided not to take on the Queen’s offer—her sights were already set elsewhere, on ventures like her and Harry’s new Netflix show and Spotify podcast.