I didn’t care much about weddings until I started to plan my own. And I never realized how much I would care about my own wedding until the pandemic caused me to cancel it—twice. When my fiance proposed, we were just excited to plan a life together. The wedding itself seemed like an afterthought. We had been living 3,000 miles apart for over a year, due to being of different nationalities. However, soon into our engagement we realized that a wedding could be the first traditional milestone our relationship ever experienced.

The beginning of our relationship was usurped by visa applications and bureaucratic restrictions that determined how long we could spend together. We had met while I was living in London under a student visa and when my visa expired, we decided to struggle through long-distance despite only being together eight months. The more we thought about the lack of tradition we felt we’d experienced in our time together, the more we felt we wanted to commemorate our next chapter with a big celebration.

There was something to the idea of planning a large event and worrying about logistics and budget that had seemed incredibly unattractive to me. However, once the engagement celebrations commenced and I started envisioning what my wedding could be like, I was swept away. Little did I know that I would have to plan at least three different weddings before my big day could actually happen.

When the threat of the pandemic hit New York in March 2020, I naively believed it wouldn’t affect my nuptials. Our wedding was planned for May 24, which seemed like months away. As brides around me began to postpone their plans, I stuck my heels in the ground. I didn’t want to postpone because I didn’t want to wait any longer to get married. But there were also logistical concerns.

The venue had very few dates available for the rest of the year, as couples whose weddings were scheduled for March and April had already changed their dates. On top of that, we would need to coordinate a date that also worked for our rabbi, photographer, and several other vendors to whom we had already paid non-refundable deposits. A postponement would not just mean waiting to get married—it also posed a financial threat.

But as this time continues to teach has us all, life sometimes has other plans. And somehow for me, this involved two canceled weddings. 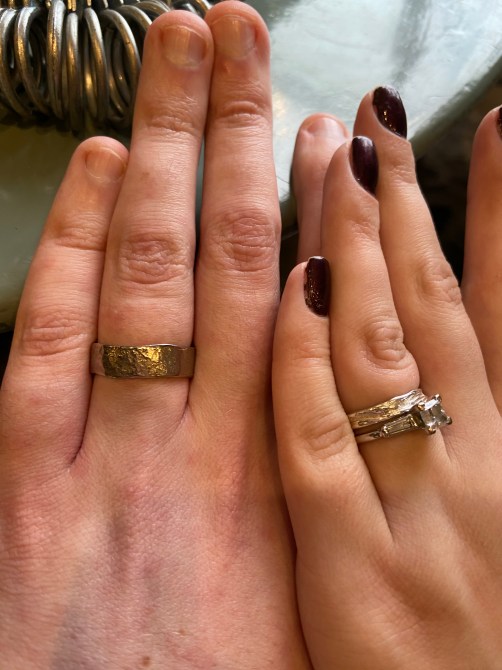 We dragged our feet as much as we could, first deciding to postpone only the reception to a later date and wed on May 24 at the same venue with an intimate ceremony witnessed by immediate family. After a few days with this plan, we gave in to the concerns of our parents and venue and moved the ceremony to a date in June.

Instead, we would split that wedding in half and have two events that each featured elements of the original wedding. The outdoor ceremony in a garden overlooking the Hudson River followed by a light cocktail reception accompanied by a string quartet would take place in June, while the reception we had planned with four hours of dancing to jazz music with a stations-style meal and four-tiered cake with layers of each chocolate and carrot would wait until the fall.

It wasn’t long before we began to feel excited about our new wedding plans. The stress of the unknown faded almost instantly, while the grief over the party we would not have was slowly replaced with anticipation for the party we were now planning. We even added ideas to our plans—a small dinner following the ceremony with a singing pianist playing our favorite tunes and a second cake (what could be bad when there is an extra cake?).

But once again, life had a different plan.

The plans for the new wedding were all but finalized when the coordinator from our venue called to tell us devastating news: the hotel was canceling all events for both 2020 and 2021. We’re not sure what led to this unprecedented decision, but it meant that we could not even postpone and we had a full refund of every deposit we had put down for the event. Our wedding was completely canceled.

I would be lying if I said that there was no point throughout my eighteen months of wedding planning when a full refund wouldn’t have felt like a relief. Weddings are expensive and a pain to organize. But when I truly was without any plans, I knew how much I wanted this tradition. We came to the conclusion that we can’t wait another year to get married. We don’t care anymore about a big wedding or having the same party we had already planned. We just want a beautiful day to commemorate our commitment. And we don’t want to keep waiting. 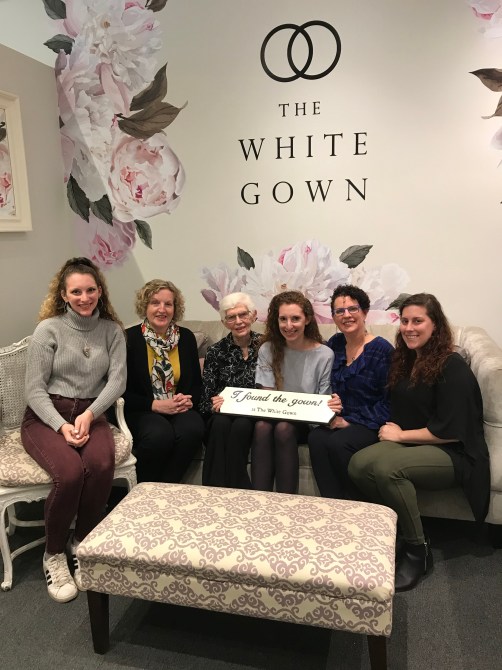 If someone had told me a year or three months ago that I would end up planning three weddings, I would have thought they had the wrong girl. But here I am, two canceled wedding dates later, planning an intimate ceremony for the end of this summer.

When we set out to plan this wedding, there were only two elements that I truly cared about: the dress and the location. Now, I care less about the setting though I am hugely grateful for the day last March when I met my perfect wedding gown. The perfect blend of modern and classic, with a structured fit and elegant train, my dress will make my wedding feel like mine, no matter where it takes place.

This ordeal has caused copious amounts of stress on top of what had already been a stressful situation. I often reflect back on the issues that had previously seemed so important to me before the wedding was at risk of not happening, and laugh at myself for making mountains out of molehills. I obsessed over bridesmaid dresses for months last summer, determined to find a single style that my two sisters and two best friends would all love, for less than $200. I dragged them to countless stores and harassed them for weeks with links to new dresses, and ultimately found the right dress. Though in retrospect, I never needed to invest so much energy and stress into one single detail. Now all I care about is whether my sisters and best friends can be there for my special day. 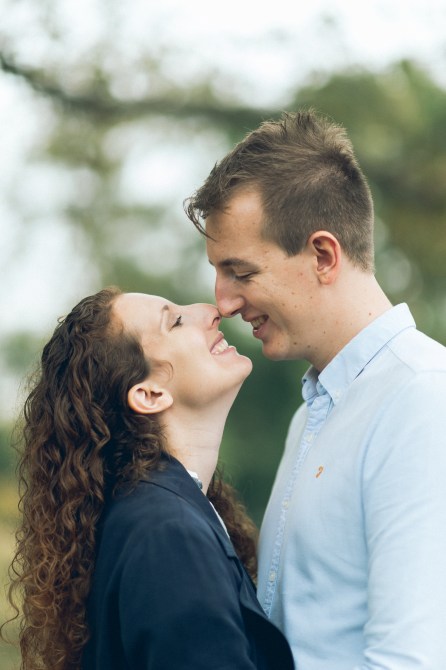 In some ways, our numerous wedding cancellations have caused some relief. It has helped me remember why we felt a wedding was right for us in the first place—my fiance and I have always known that our life together after the wedding is the real priority. The wedding itself is just a single day out of many we will share. Though at the same time, the day that we enter into our marriage is significant and we feel that we owe it to ourselves and to the marriage to make it feel right for us.

The quarantine has really driven this point home. Up to this point, we’ve waded through a year and a half of long-distance, the stress of waiting for his working permit when he finally moved to New York and now an ongoing quarantine that makes us feel like our life is on pause. We’re ready to celebrate what we have and move forward with life.

And, my expectations for the wedding are really low. I’ve had two weddings taken from me, so now I feel that as long as I walk down any aisle, anywhere, escorted by my parents, to a chuppah where my soon-to-be-husband will be waiting, it will be the most memorable day of my life. Nothing else needs to go as planned.