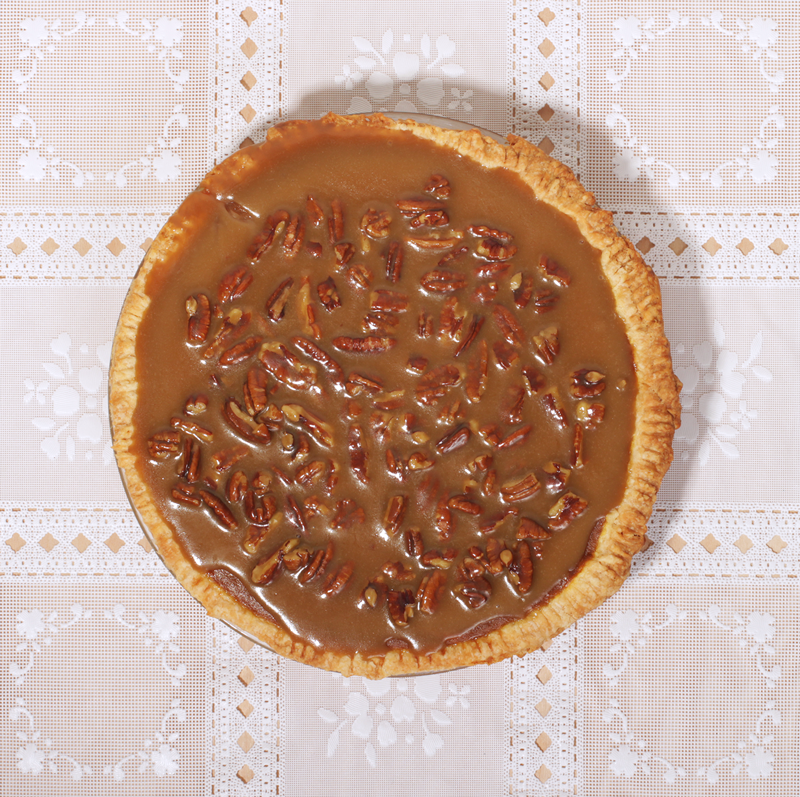 It’s just me showing up fashionably late to the Thanksgiving blog scene, but it’s cool because I brought this “rustic” dreamboat pie, and my ass looks flawless in these jeans. Priorities.

Truth is, I didn’t drum up a whole buffet table for my boyfriend Steve’s claiming to roast a chicken; all I really care about are those two staples plus maybe some gravy. Basicbitchgiving for the win.

Growing up, pumpkin pie with a big-ass dollop of Cool Whip gave me all the Thanksgiving feels. It still does, and I really can’t do Thanksgiving without some pumpkin pie or cheesecake and some sour cream–laced whipped cream.

This pie though. This pie is basically pumpkin pie 2.0 supreme. Classic but creamy pumpkin pie underneath a gooey blanket of pecan praline on top. Kind of like a mullet pie if someone with a mullet was lying down? Idk, let’s think about it.

The recipe comes from Joy‘s new babe of a book, Homemade Decadence. It’s beyond insanely great—I want to make everything in it, and I might have already bought my sister a copy for Christmas. If you love sweets and baking and being a decadent cool dude, then this is da book for you. Go out and buy it right now/right after we make some pie.

Roll out pie crust, and put it in a 9″ pie dish (do a better job than I did); throw that in the fridge.

For the filling, combine pumpkin, sugars, spices, and salt in a medium saucepan over medium heat. Cook until the mixture bubbles and becomes fragrant, 5 to 7 minutes. Turn off the heat, stir in heavy cream, and then whisk in eggs and vanilla.

Transfer filling to the prepared crust and bake for 15 minutes, turn the oven down to 350˚F, and cook for 40 to 50 minutes, until the center no longer jiggles.

This needs to cool for 30 minutes; make the topping while you wait by combining everything except the vanilla and pecans in a medium saucepan and bringing to a simmer. Cook for 3 to 5 minutes, until thick and bubbly. Turn off the heat, and add the vanilla and pecans. Once the pie has cooled for the 30 minutes, pour topping over it, let it cool about another 30 minutes on the counter, then transfer to the fridge until you’re ready to serve/blow people’s minds.

Whip together everything with an electric mixer for 2 to 4 minutes, until fluffy, whipped, and magical. 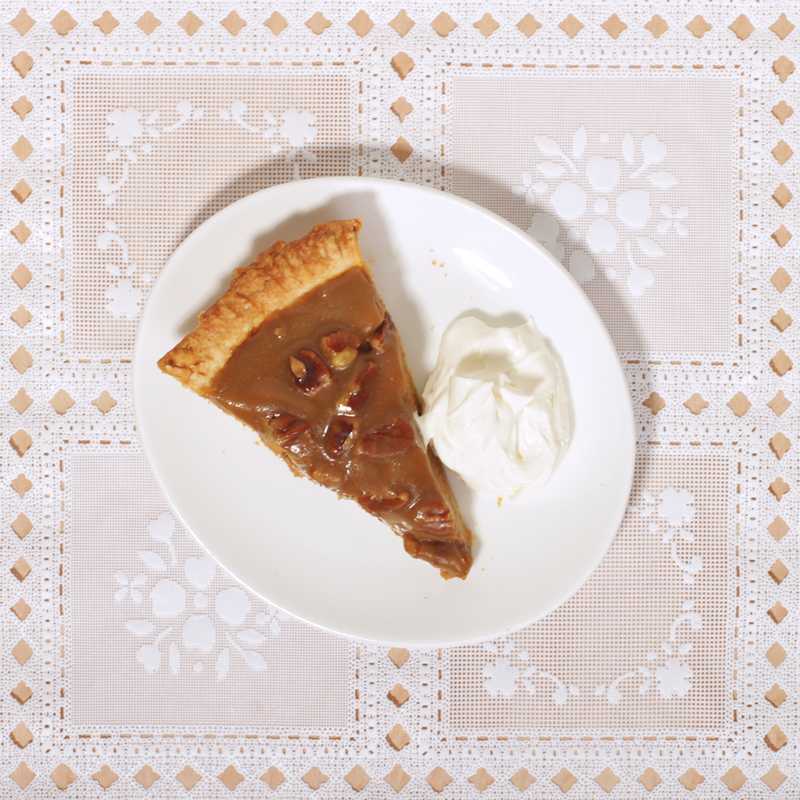 Billy Green is the voice behind the blog Wit & Vinegar. He lives in Southern California with his partner, Steve, and their two dogs, Mose and Nomi, where he consumes way too much coffee and chocolate. If he’s not cooking, he’s probably watching some television revolving around housewives or drag queens. Follow along on Instagram at @witandvinegar.