Promposals are a real thing, people. If you happen to be in high school and reading this, we’re not telling you anything you don’t know. But if you happen to be, um, a little bit older, here’s the gist: the word it a hybrid of prom and proposal, and it’s when somebody asks someone to be his or her date to the prom in a method that is generally creative, elaborate, and over-the-top. And today’s best promposal ideas with blow your mind.

If the flurry of promposals on the Web is any indication, this whole phenomenon is taken very seriously by those who choose to participate. From dudes writing their promposals on the flanks of real-life horses, to girls promposing to guys (feminism!) by dressing up as zombies and making cupcakes that resemble human brains—it’s a major thing.

Read on for 10 completely ridiculous, over-the-top promposals—which one is your favorite?

2. This guy knows the real way to a girl’s heart: doughnuts. 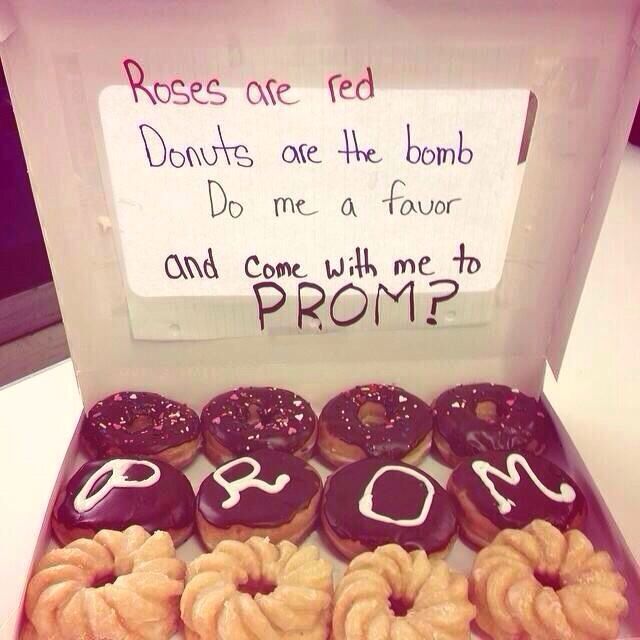 3. Or maybe pizza is the real way to a girl’s heart: 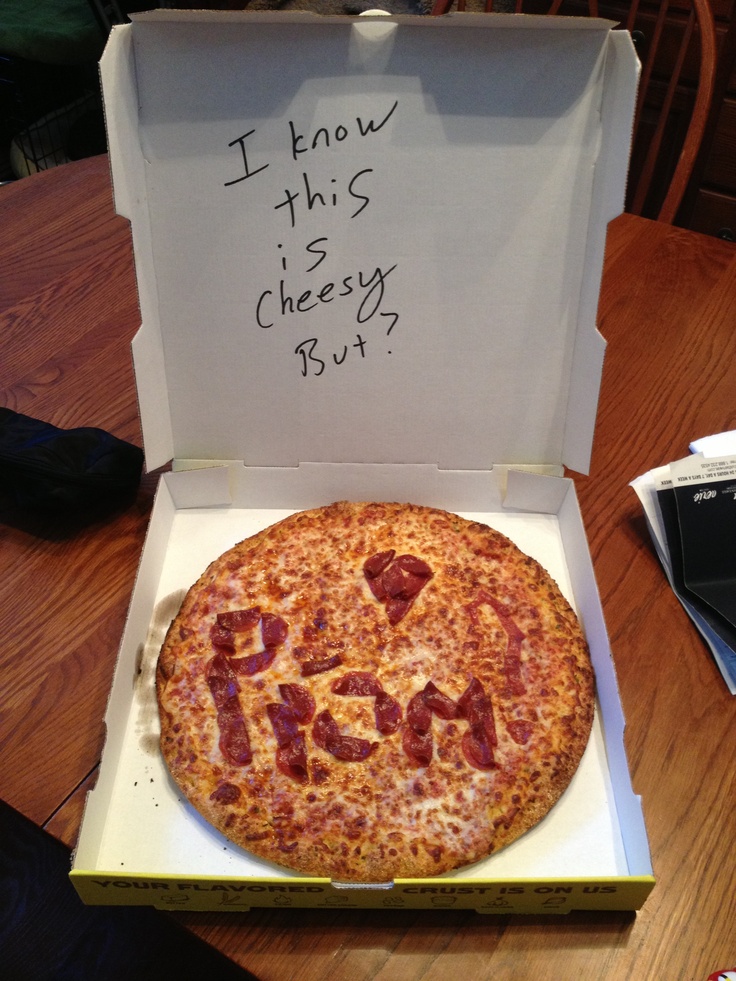 4. It wouldn’t be a real Internet meme if a brand didn’t hop on the trend, and KFC might win this one with its fried chicken corsage: 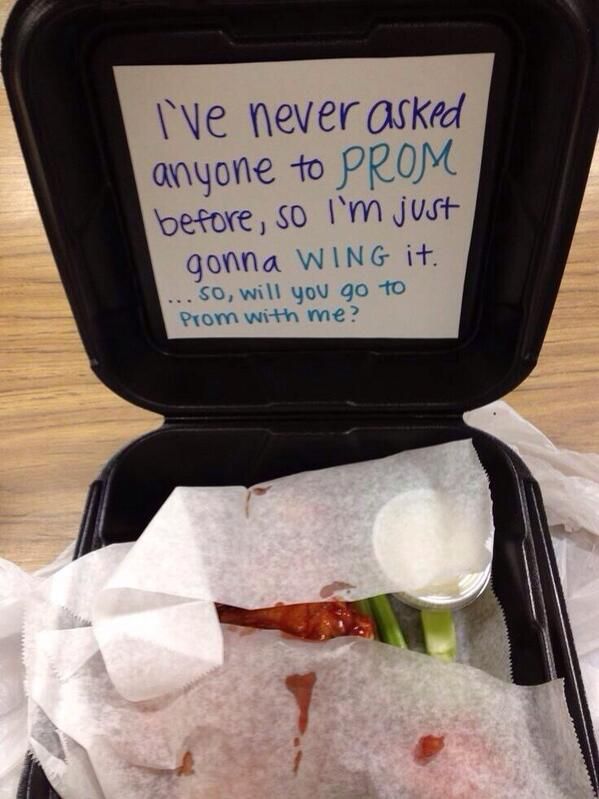 6. For the vegetarian ladies, there’s always a promposal written out in Auntie Anne’s pretzels. 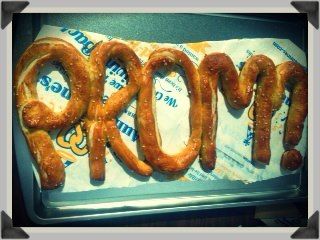 7. Here’s a neat idea: Change your name and photo in your intended’s cell phone, so it looks like this when you call. (Genius.) 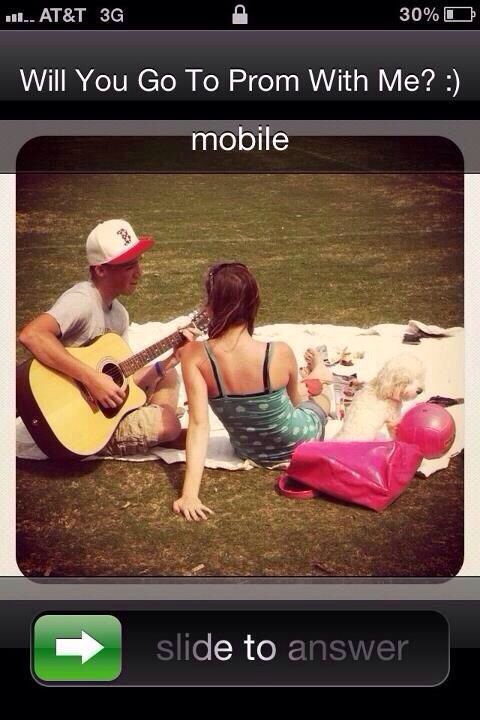 8. This gal asked her man to the prom with a batch of zombie-inspired cupcakes.

9. This guy wrote his promposal on an actual sheep.

10. If all else fails, there’s underage drinking (which we wouldn’t advocate!). 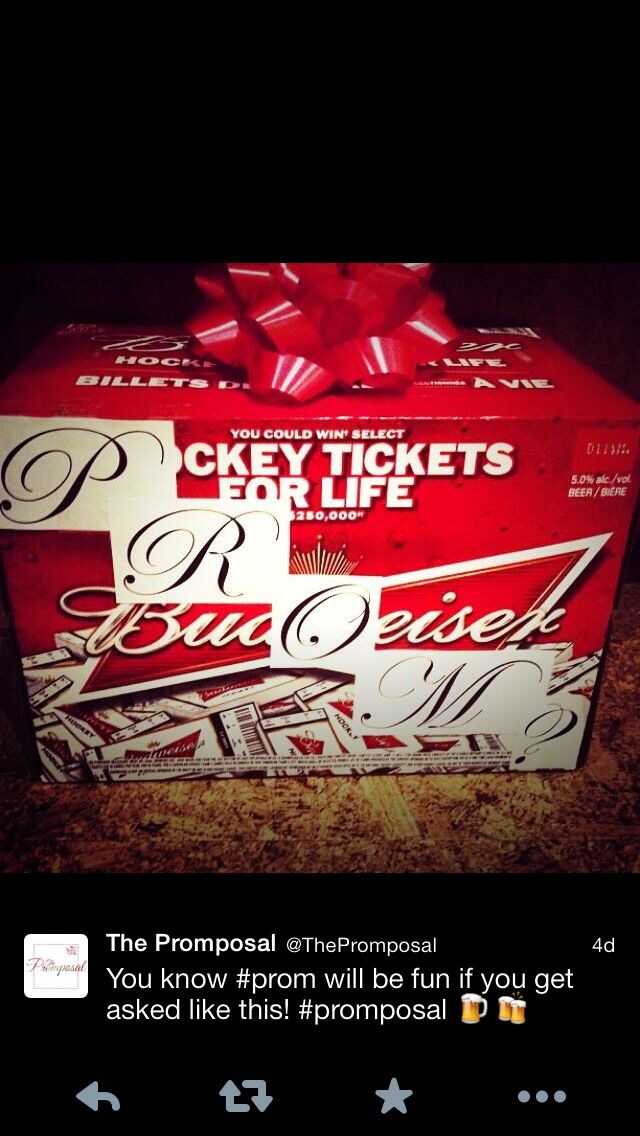 Bonus: We can’t decide which is the worst promposal ever. It’s either this guy, who sent his intended a fake college rejection letter as his invitation …

Oh my god Dylan. Thank you for the heart attack #prompic.twitter.com/DhXVaWI1SP

… Or this girl, who had her boyfriend arrested and then waited in the backseat with a sign reading “prom.” 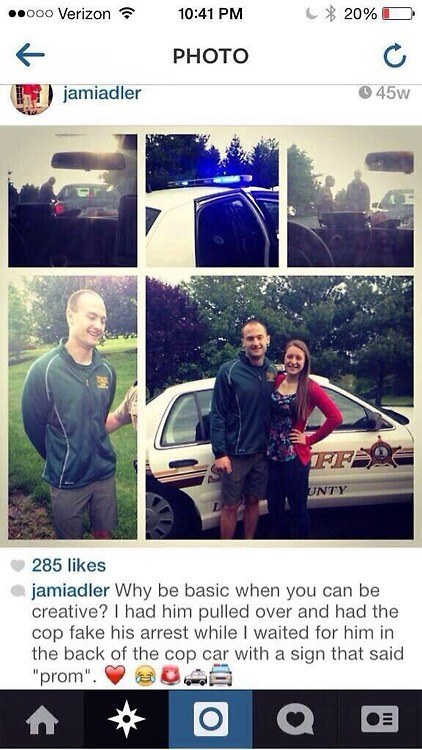