Since 2004, Project Runway has helped house the future voices of fashion, pushing young designers to new limits and challenging them to sew against the norm. But there is one aspect the forward-thinking program has always lacked: plus-size representation. In recent years, scattered efforts have been made to increase body diversity on the show, and Ashley Nell Tipton even took home the win in 2014 for an entirely plus collection. Still, the show wavered on how body diversity would impact the future of the very industry it was grooming these talented designers for. Until now.

Season 17 of Project Runway — which concludes this Thursday, June 13  — has done much more than encourage body diversity. The show, from producers to judges to its host Karlie Kloss, has finally taken a stand in this regard. Project Runway has pushed its designers to normalize plus bodies in fashion, seamlessly integrated models of all shapes into challenges without separating straight and curve sizes. It’s been a special initiative to watch throughout the season, but nothing has been as beautiful as the finale runway — which will be broadcast tonight — in which each of the contestants’ collections included models of plus, curve, and straight sizes.

Analyzing their looks, some may ask how the final three were able to construct such perfectly fit designs for plus models considering that fact that in past seasons, almost every designer has struggled to do so. But this season, the final three were not just excited to dress for plus: They each had experience doing so prior to even coming on the show. 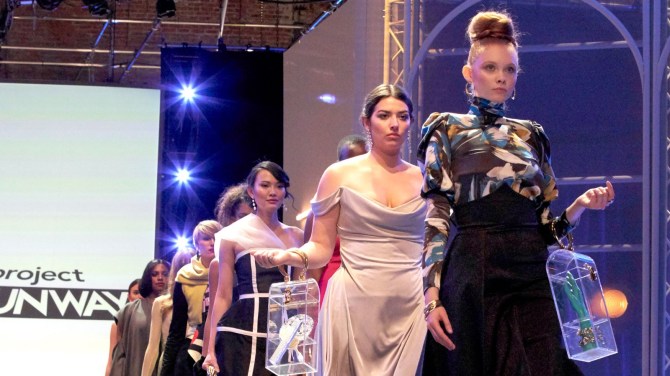 “For me, [body diversity] was always so normal that I never thought like, ‘I have to create something for a plus-size girl’ or push myself to do something I’m not used to. For me, it’s the norm,” says finalist Sebastian Grey, who recalls dressing for all body types while growing up in Colombia.

Garo Spampinato, another finalist, also tells STYLECASTER, “My business has been built on custom work and custom building for any body type.” Spampinato explains that size has never placed a restriction on his designs. In fact, he says that he had one of the first boutiques in the east village of Manhattan to integrate both straight and plus sizes on the same floor.

The same goes for Hester Sunshine, the last finalist on this season of Project Runway, who’s designed for curve and plus friends for years now. It’s no coincidence that the final three have all had experience in designing for diverse body types as doing so makes one a more well-rounded, visionary designer. And what better example could they have of this than Christian Siriano, an inclusivity trailblazer in fashion who served as this season’s mentor?

“Like Christian said [throughout the show], we have to be more inclusive and celebrate all bodies,” Grey says.

Also a huge part of the show’s push for inclusivity this season: Elaine Welteroth, author and former Editor-in-Chief of Teen Vogue. “People like Elaine and Christian are doing this and paving the way for all of this to happen,” says Spampinato. 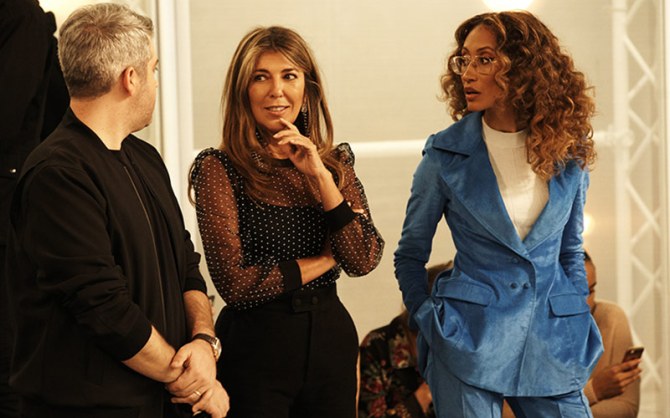 In Episode 11, Siriano brought the top six designers to his studio, telling them they’d be dressing the real women of New York City. Throughout the episode, Siriano — in addition to Welteroth and guest judge, actress Danielle Brooks — emphasis the importance of body diversity in fashion and how the contestants, if they truly want to be designers of the future, must learn how to be size inclusive. The designer sent home that episode is the only one who’s unable to meet the challenge. The others, however, embrace the opportunity, as many of them have done throughout the whole season.

“You never know where the weight proportion is going to hit, so I did, for my finale [looks], include hidden panels of stretch…and ways to make a garment adjustable given a one to two inch fluctuation…[considering] the fact that one woman who’s a size 14 may be different from another size 14,” she says.

In his final collection, Spampinato chose to use a plus model to close out the show, a moment that all in the audience gasped at. To see a plus woman in designer clothing closing out a runway collection is a rare sight in the fashion world, even in 2019. That’s precisely why his decision to do so was so impactful. “I insisted on closing my show with one of my plus girls because I just feel like that is just an entry point into where the future of fashion is. There’s no limit to how beautiful somebody can feel if something cuts perfectly for their body, and there’s no size that needs to be attached to that,” he says.

So with the show coming to an end, did Project Runway’s stance on size inclusivity impact the final three enough to have a place in their future as designers? Certainly so. 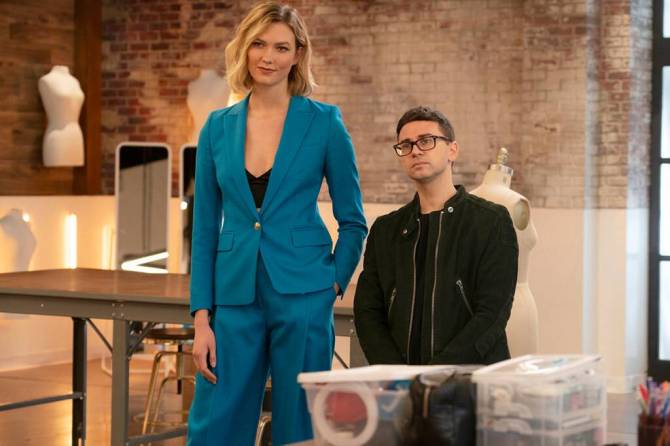 “Other than with Christian Siriano’s [designs], you really don’t see a lot of size diversity in gowns and the higher-end world. It’s kind of like a missing whole…so I really hope to push that as well and do some real show-stopping garments that can be custom made to order in all sizes. I think it’s really important to make sure that your inspiration is diverse,” Sunshine says. “To be an inclusive designer, you need to be looking at the fashions of people who are a size 2, size 8, size 12, size 14 and size 28, and you need to keep going. You can’t just limit yourself to what’s on the covers of fashion magazines.”

Sunshine advises other designers to utilize social media, explaining that the internet is precisely where they can diversify their perspective, especially when it comes to body inclusivity.

“With social media, I feel like it’s given a voice to other figures to normalize body positivity and body diversity, and so it’s really exciting that Project Runway is kind of the first one on national television to promote that and not make it specific to plus-size challenges and put it in the box, normalizing it.”

Like Sunshine –Grey and Spampinato plan to continue to expand their perspective in the future, designing for humans, not sizes. They’re both thankful for the platform Project Runway has given them, but more so for the impact that platform has had.

“I think it’s important for a show like Project Runway to take this stand on all inclusive body types and diversity of the models in the show because it’s going to tell that kid out there that whatever size they, it really doesn’t matter,” says Spampinato. “You’re beautiful on the inside and you are beautiful on the outside. You can be whoever you want to be, expressing yourself through how you dress, and there’s no limit to that, no matter what size you are, what color you are, etc, etc.”

The Season 17 finale of Project Runway airs tonight at 9 PM on Bravo.