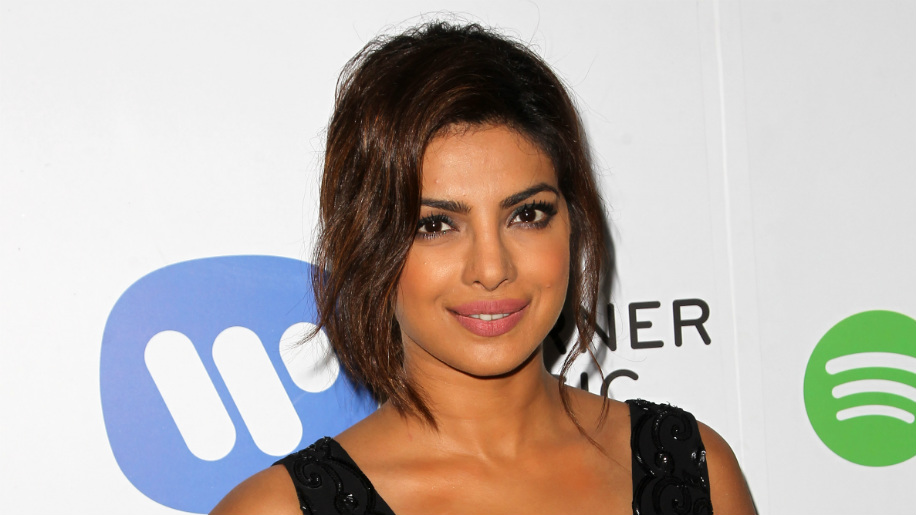 Though she’s fairly unknown stateside, Priyanka Chopra happens to be India’s biggest star. The highest-paid actress in the Indian film industry, the former Miss World has 17 million Facebook fans, 11 million Twitter followers, a Guess campaign shot by Bryan Adams, a song with Pitbull, and a season cohosting NFL Thursday night football, so it’s pretty wild that she’s not a household name in the United States.

ABC is about to change that with Quantico, the buzzy FBI academy drama that premiered Sunday night and stars Chopra in the lead role—the first female Indian to carry a network drama in the United States, as far as we can confirm.

“I want people to discover and be inquisitive about who I am and what I bring to the table. I’ve done a lot of films, and I come from a different culture, and I hope to bring a little bit of that. But what I really do is I bring characters to life between action and cut. Anything else, I’m unsure,” she said with a laugh on a call from Montreal, where Quantico is filming.

In addition to breaking down barriers and taking her career to new heights in the way only a true girl boss can, Chopra is an incredible beauty and a girl who loves her fashion. Between quizzing her about what it’s like be on the verge of becoming a global sensation, we asked her about her lifestyle secrets.

Where she shops
“I’m someone who likes to shop where you can get everything together, like Intermix, Saks, and Barneys.”

Her definition of fashion
“Comfort! Fashion is about comfort, a mix of high street and designer—it doesn’t have to be designer all the way.”

Her style, in a nutshell
“Fortunately for me, I almost always have a glam squad because I’m getting dressed for an event or for a shoot almost every day. When I don’t have a glam squad, though, I wear my hair in a bun, with jeans and a T-shirt and a comfortable pair of boots. [I] grab a jacket, my backpack, and my go-to bandana, which keeps my hair out of my face.”

Indian beauty staple
“Coconut oil. It’s my grandmother’s trick from when I was a child. For your body, for your face, for your hair.”

Who to follow on Instagram
“I follow some very interesting and diverse people, mostly my friends, but there’s one that I love to follow; it’s pretty funny: Random Shower Thoughts. You should check it out!”

Dream travel destination
“You know, I’ve traveled the world, and I’ve seen nothing. I’ve traveled to the most exotic places and locations since I started my career, but I almost always end up going from my hotel to my set and back, so I want to actually travel and discover things and actually look at the place.”