Miley Cyrus went on a throwback bender a few days after International Women’s Day last week to send shoutouts to all the powerful women in her life. Priyanka Chopra reacted to Nick Jonas and Miley Cyrus’s relationship following some pictures that Cyrus posted on her Instagram.

For those of you who don’t remember the Disney Channel Golden Age, the time was around 2006. Cyrus and Jonas were basically king and queen. Cyrus was at an all-time high with Hannah Montana and Jonas was (arguably) the cutest brother in his boy band. Naturally, the two found each other and dated briefly.

Cyrus shared a photo of the her with the Jonas Brothers, along with fellow Disney Channel stars Selena Gomez and Demi Lovato. She also posted a video of her and Gomez singing together. The two singers were Disney Channel’s “It” girls back when the millennial generation was growing up. Cyrus took to her Instagram to share a video of her and Gomez singing her song “7 Things,” which is rumored to be about their ex, Nick Jonas. “Your generation = 7 Rings MY generation = 7 Things 💍7️⃣💍7️⃣💍7️⃣💍7️⃣💍 Simpler times. @selenagomez #MillenialsVSGenZ,” she wrote, referencing Ariana Grande’s song “7 Rings.”

That moment was so memorable that both Gomez and Lovato responded. Everyone was enjoying the throwbacks. Gomez wrote, “tbt — such babies” with a heart emoji. And Lovato chimed in with, “Iconic” and a clapping emoji.

Then it got even more interesting when Cyrus shared a post showing that her ex had privately direct messaged her on Instagram. “Amazing. These throwback shots have been 🔥” Jonas wrote.

Cyrus then outed Jonas, tweeting his response with the caption: “That moment when even your ex knows your socials have been🔥🔥🔥🔥🔥🔥🔥.”

And guess who then responded to this back and forth? None other than Jonas’ s wife—Priyanka Chopra! The actress, who just starred in Isn’t It Romantic with Cyrus’s husband, Liam Hemsworth, commented on the interaction between Cyrus and Jonas. “Lol. Hahaha.. Hubby is right. These posts r 🔥.”

And Twitter, of course, has something to say about it! 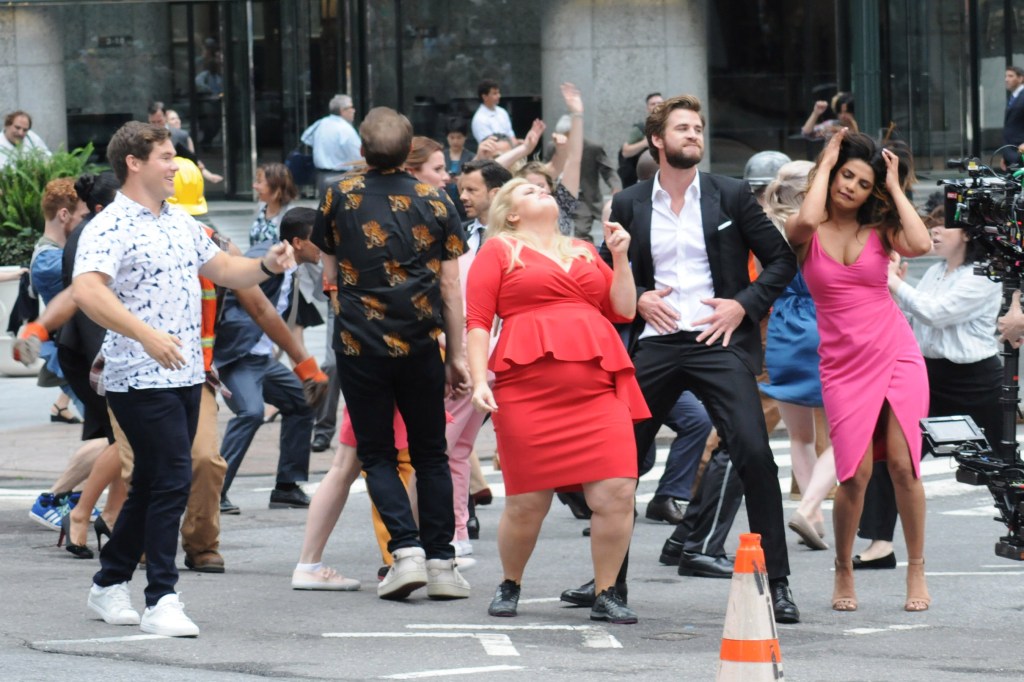 We do love to see exess getting along, though. And truthfully? These posts and conversations between Cyrus and Jonas are giving us all the feels. One Twitter user summed up our thoughts:

“BRING THIS ERA BACK PLEASE AND THANK YOU”