Most of us laypeople head to the airport in our comfiest duds—tank tops, sweatshirts, leggings, sneakers and any other pajama-y clothing we can pass off as athleisure. Even celebrities opt for this cozy approach (or a slightly dressed-up version of it) when they travel to and fro.

But when Priyanka Chopra was spotted at New York’s JFK airport this week, it was clear she’d decided to do something a little different with her airport outfit. She’d chosen to wear cargo pants. With cowboy boots.

MORE: A Brief Exploration: Are Cargo Pants in Style Now?

Now, cargo pants don’t sound too far off from the comfy AF airport uniform I initially described. They’re undeniably cozy—that’s honestly one of their only strengths. But Chopra’s weren’t normal cargo pants; they weren’t the bulky, tan standard you might find in a high school boy’s wardrobe in the early 2000s. They were trendy cargo pants—sleek, teal and tailored.

Chopra’s cargos sat at the intersection of chic and comfortable, which is really what you want in an airport outfit (assuming you give a shit about how you look at the airport). But then she paired them with… cowboy boots? 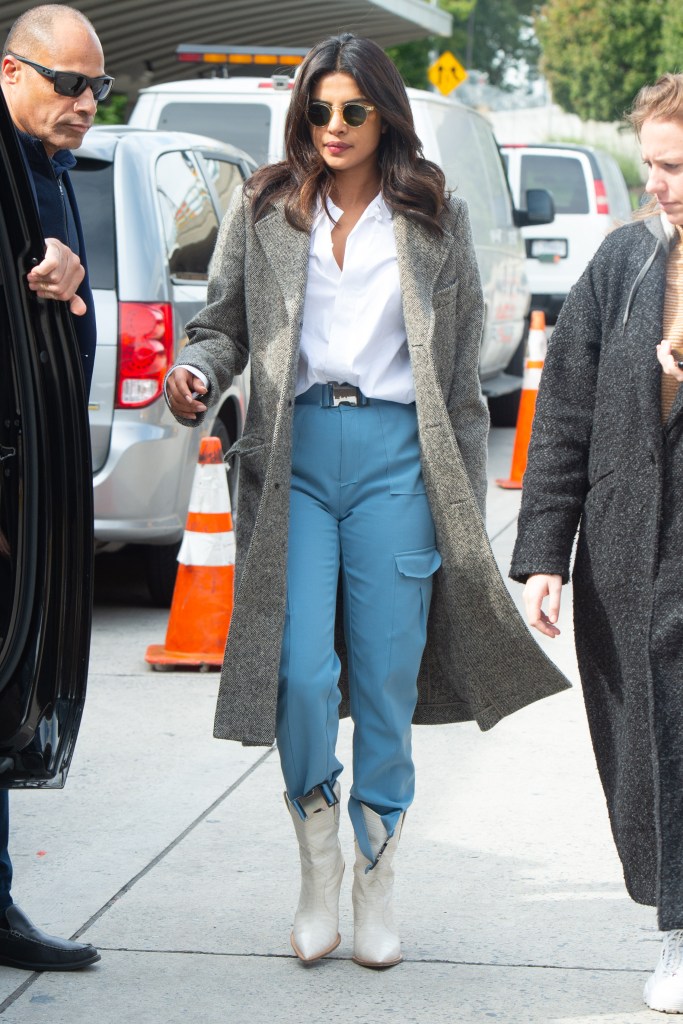 Cowboy boots are far from comfy, and they’re not particularly walkable, either—making them a strange choice for travel. Even stranger was her decision to pair them with cargo pants, mostly because it implies actual intent and creativity, rather than simple laziness.

And perhaps the most shocking part of this ensemble is that it actually looked good; the cargo pants paired surprisingly well with the cowboy boots, and they looked all the more excellent with the white button-down and gray trench coat she wore them with.

The look was far from any kind of airport outfit we’d think to assemble, but we have to give Chopra props where props are due—her outfit looked chic, (mostly) comfy and (mostly) functional. And she definitely gets bonus points for creativity.

While we’re not convinced that cowboy boots are the hottest new trend in airport wear, we have been persuaded that cargo pants and cowboy boots make for a surprisingly chic combination.

Who knew something so wrong could look so, so right? (Other than Priyanka Chopra, of course.)