Since her death, there’s been a interest in Princess Diana‘s net worth and how much she left her sons, Prince William and Prince Harry, after her divorce from Prince Charles.

Diana, whose full name is Diana Frances Spencer, married Prince Charles in July 1981. The two separated in 1992 before officially divorcing in August 1996. On August 31, 1997, Diana was killed after her car crashed in the Pont de l’Alma tunnel in Paris, France, following a chase from the paparazzi. She was 36 years old. Her rumored boyfriend, Egyptian businessman Emad “Dodi” Fayed, and the driver of the Mercedes-Benz W140, Henri Paul, were also pronounced dead at the scene. Diana’s bodyguard, Trevor Rees-Jones, survived the crash with serious injuries. Diana, who was still alive at the scene of the crash but was in critical condition, was rushed to the Pitie-Salpetriere Hospital where she died.

In Tina Brown’s book, The Diana Chronicles
, Dr. Frederic Mailliez, an EMT who had been driving through the tunnel at the time of the crash, told her that Diana woke up in pain from the crash. “She kept saying how much she hurt,” Mailliez told Brown. Brown also reported on Diana’s last moments awake after the crash: “She turned her head and saw the lifeless Dodi just in front of her, then turned her head again toward the front where the bodyguard was writhing and where Henri Paul lay dead. She became agitated, then lowered her head and closed her eyes.” In an interview with The Independent in 2018, Sergeant Xavier Gourmelon, who led the response team in Paris, revealed that Diana’s last words were: “My God, what’s happened?”

Since her death, Diana has been remembered by people across the world. In 2021, a statue of Diana was erected at the Sunken Garden in Kensington Palace. The statue was unveiled by her sons, Prince William and Prince Harry. Read on ahead for how much Princess Diana‘s net worth at the time of her death was, and how much money she left for Prince Harry and Prince William. 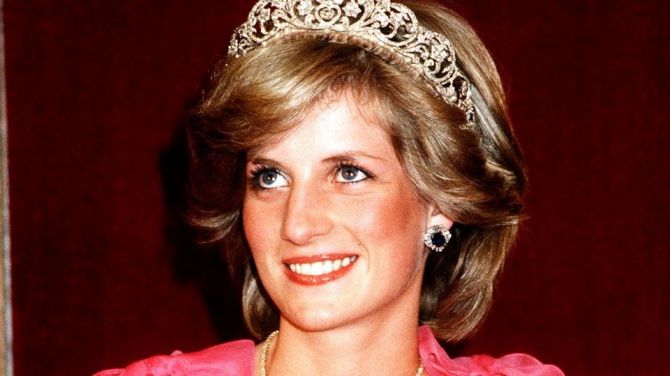 How much money did Princess Diana leave Prince Harry and Prince William?

So…how much money did Princess Diana leave Prince Harry and Prince William? According to Forbes, Harry and William inherited part of their mother’s estate on their 25th birthdays, which was around $10 million each. In a CBS interview with Oprah Winfrey and his wife, Meghan Markle, in March 2021, Harry revealed that he used his trust from his mother to support him and his family after his father, Prince Charles, cut him off financially at the start of 2020 following Harry and Meghan’s exit from the British royal family and move to the United States. “I had to afford security for us,” Harry said at the time. “[I was cut off] in the first quarter of 2020. But I’ve got what my mom left me and without that, we would not have been able to do this.”

According to Us Weekly, though Diana’s will stated that her estate would be distributed to William and Harry when they turned 25, the funds were held until they were 30. Despite the hold, the brothers were still able to receive interest on their trust funds earlier. While Harry and William were the chief heirs of Diana’s estate, the People’s Princess’ will also listed others whom she wanted to share her wealth, including her butler, Paul Burrell, as well as 17 of her godchildren, according to Worthy.

What was Princess Diana’s net worth?

So…what was Princess Diana’s net worth at the time of her death? Princess Diana’s net worth was $25 million, according to Celebrity Net Worth. The New York Times reported in 1996 that Princess Diana received $22.5 million in cash after she and Prince Charles divorced in August 1996 after five years of marriage. The number is less than a third of the $75 million she asked for in their divorce. The newspaper also reported that Diana’s divorce settlement included $600,000 per to maintain her office.

Before her divorce, Diana’s money would come from her marriage. As the Duke of Cornwall, Charles’ income comes from the Duchy of Cornwall, a trust that was founded by Edward III in the 14th century to keep his first-born son—Edward, the Black Prince—occupied as he waited to become king, according to Forbes. The magazine reports that the duchy, which is worth almost $1.3 billion, has a staff of 150 people, who manage more than 130,000 acres of property across southwest England. Charles also can’t sell assets belonging to the Duchy of Cornwall, however, he can earn money from them. Forbes reports that the Duchy brought in $50 million in 2020 by renting out property to retailers, farmers and residents—$30 of which went to Prince Charles and his descendants.