To say there’s been tension among two of the most famous brothers in the world, Prince William and Prince Harry, is putting it mildly. Recent news that the brothers and their wives have split over their shared charity has put a fresh spotlight on the prince’s long-simmering tension. But why have Prince William and Harry been feuding exactly? However much they try to downplay it, it’s starting to get very noticeable, and we need to talk about it.

This isn’t just some fleeting sibling spat between William and Harry. No, the tension between Britain’s sons has been taking a toll of their personal and professional lives in recent months, with reports hinting at all of the ways it’s manifested in their decision-making. Whether it’s William and Kate reportedly being snubbed by Harry and Meghan to be baby Archie’s godparents or Meghan apparently being peeved that Will and Kate have more Instagram followers, the bad energy has been making its way to the forefront. There have been moments of unity, make no mistake. William and Kate visiting Archie soon after his birth and both couples making an effort at the recent Trooping the Colour parade have been evidence of that.

But really… what is going on with the brothers that made things so bad (and nearly untenable) between them in the first place? 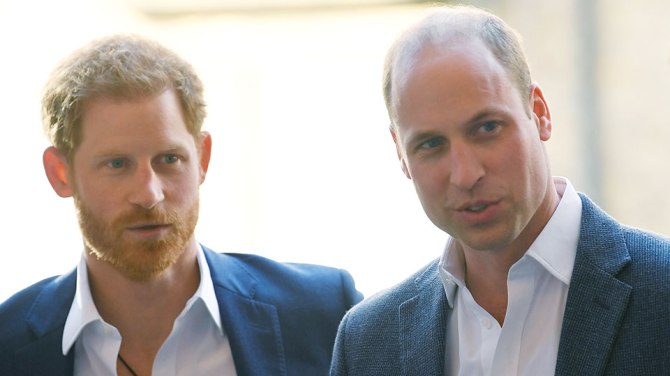 According to royal reporter Angela Levin in her forthcoming book, Harry: Conversations with the Prince, tensions between the brothers “goes back before Meghan” and mostly have to do with Harry and his very competitive spirit: “It is also very difficult if you are second in line to a brother and you are quite competitive. Harry is very competitive as a person, but your brother is going to be king, and there is nothing you can do about that, you can’t beat that. He also didn’t have a role to play. Now he is older and more mature he has found roles that satisfy him and give him pleasure and confidence.” 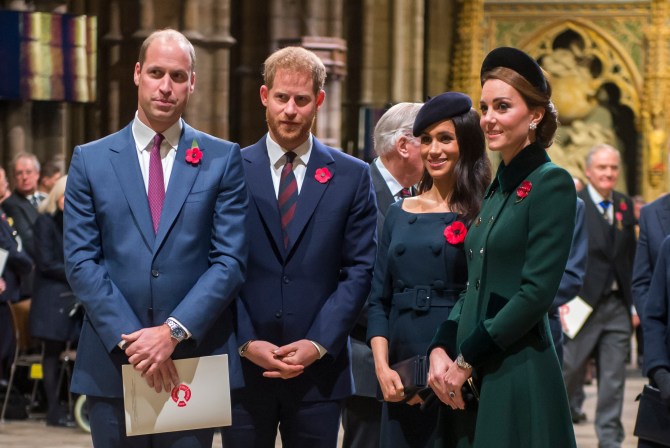 And William’s reaction to Meghan entering the picture certainly did not help matters, as Levin explained: “There was a lot of talk that William mentioned he was rushing it with Meghan and Harry took that very badly,” Levin said. “William might have meant well but he took it very badly. People do lose some bonds. It is a shame because he and William have been very tight and they are the only two who can understand what they have been through. They are senior royals. They have lost their mother at a very very young age. It’s difficult for people outside that twosome to really understand what that is all about because it is very difficult for them to trust people.”

Luckily, things are reportedly getting better between the brothers, as they slowly untangle themselves from one another’s lives and relieve some of the pressures of royal duties and expectations that have bound them together. Harry and Meghan moving to Frogmore Cottage at Windsor Castle has apparently been a great help, and the arrival of Archie has also been a balm for the brothers. Here’s to hoping this healing can continue because, truly, this family works well when they’re all on the same page.