When Queen Elizabeth II died, it’s fair to wonder how much her family members gained as part of their inheritance. As heir to the throne and the next Duke of Cornwall, Prince William’s net worth is particularly interesting.

No one can know for sure how wealthy the British royal family is, but despite Buckingham Palace staying mum on the details of their financials, there are some things that are known. Neither King Charles III, nor any members of the family, including Prince William that receive an inheritance following the Queen’s death will be required to pay tax on that inheritance. That’s because of a 1993 agreement with the British government. The nation’s then-Prime Minister John Major said that “unique circumstances of an hereditary monarchy” and that “there should be specific exemptions for assets passing from one sovereign to his or her successor.”

For everyone else in the United Kingdom, a 40 percent levy is applied to inherited assets valued at more than £325,000 (close to $376,000). The monarchy is also not required to pay income or capital gains taxes either, but in 1992, Queen Elizabeth II announced she would pay income tax voluntarily. Soon after her son, the then-Prince Charles of Wales said he would too and it’s expected the same will go for William. As second-in-line for the throne, what is Prince William’s net worth? Read on.

What is Prince William’s net worth? 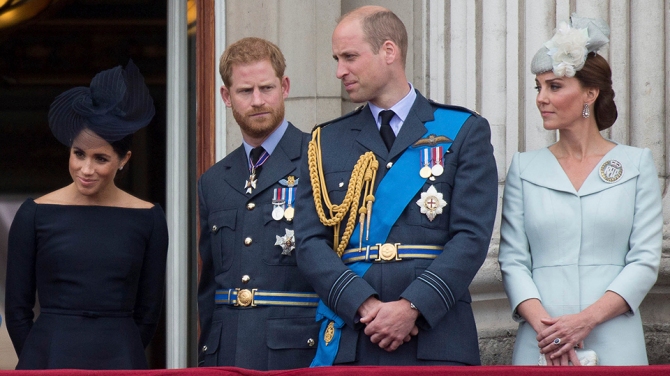 It’s hard to say what Prince William’s net worth is for sure because the monarchy is pretty cagey about its finances, but it’s estimated Prince William’s net worth is around $100 million, according to Celebrity Net Worth. His great grandmother, the Queen Mother, who passed away in 2002, put the bulk of her estimated $89 million fortune in a trust fund for her great-grandchildren, William and Harry, in 1994, the BBC reported at the time of her death. “Princes William and Harry will reportedly share about £14m from the estate of their late great grandmother,” the network reported in 2002. That’s about $17.9 million. The bulk of the cash will go to the younger brother since William will benefit financially by becoming king.”

At the death of William’s grandmother, Queen Elizabeth II, on September 8, 2022, her son Charles ascended to the throne as King Charles III and Prince William became the heir to the British throne. This means he received a significant inheritance as well as multiple new titles that expand his property portfolio in addition to his title as the Duke of Cambridge and Rothesay. Most notably, William inherited the Duchy of Cornwall, around 130,000 acres in southwest England worth approximately $1.2 billion in 2022. The Duchy of Cornwall is a domain established in 1337 by King Edward III to provide private income to his heir, Edward, later known as the Black Prince. It continues to serve the purpose of funding the heir to the throne 685 years later. According to its annual revenue report, Cornwall includes some 2,640 leases and tenancy agreements, 260 farms, about $67 million, in development land and around $397 million in commercial property. The official website says revenue from the estate is “used to fund the public, private and charitable activities.”

These latest additions to William’s property portfolio make him one of the most significant private landowners in Britain and it will generate him considerable wealth. It was estimated that in 2021, William’s father Charles (during his role as the Duke of Cornwall) oversaw $23 million in income that was generated by activity on the estate, according to the duchy’s annual accounts. Secretary and Keeper of the Records for the Duchy of Cornwall, Alastair Martin, is the man responsible for the expansion of the duchy’s commercial operations. Since 2013, he has increased the duchy’s assets by 44% by building new property, as well as enjoying the increase in the value of real estate in the UK. “I wouldn’t say profit is a dirty word, that’s why we exist,” Martin said about the Duchy in a 2021 conversation with the Royal Agricultural University. Records show that since Martin took over revenue from commercial activities and the sale of goods has risen by about £5 million ($5.8 million). The duchy also added The Oval cricket ground in south London, Dartmoor Prison, and the Isles of Scilly to its property portfolio and just last year alone, Cornwall bought land worth nearly £42 million ($48.5 million), including several housing developments.

William’s father Charles was the longest-ever serving duke in the region, which is pretty incredible for a history that spans nearly seven centuries. Finances aside, Cornwall holds a special place in Prince William and Harry’s hearts as it was the place of many vacations spent with their mother, the late Princess Diana. In a 2021 documentary produced by ITV, William expressed interest in immersing himself in the Duchy’s business. “I’ve started to think about how I will inherit the Duchy one day and what I do with it. I think it’s really important, about the family angle, I really do,” he said. In another part of the documentary, Charles said he was “practically reduced to tears” that his son William took such an interest in taking over the region. “I was deeply touched and moved by what he said,” the now-King said at the time. “It practically reduced me to tears. Because I suddenly thought, well, just hearing that from him, has made the last 50 years worthwhile.” William is also the newly minted Prince of Wales, a position that was handed down to him by his father after Charles ascended to the throne in September 2022.

How else does Prince William make money?

William, and all royals, receive money via the annual Sovereign Grant, which is funded by British taxpayers to support “their official duties – such as receptions and garden parties – and to cover running costs – such as for royal travel and building maintenance.” The grant is calculated as a portion of profits from the Crown Estate, which is a collective holding of property and land valued at a total of £15.2 billion (approximately $17.3 billion). Funding for the Sovereign Grant was initially capped at 15% of the profits of the Crown Estate, in a system that was established in 2012. “The new system provides for the Royal Household to be subject to the same audit scrutiny as other government expenditure, via the National Audit Office and the Public Accounts Committee,” per the official Buckingham Palace website. 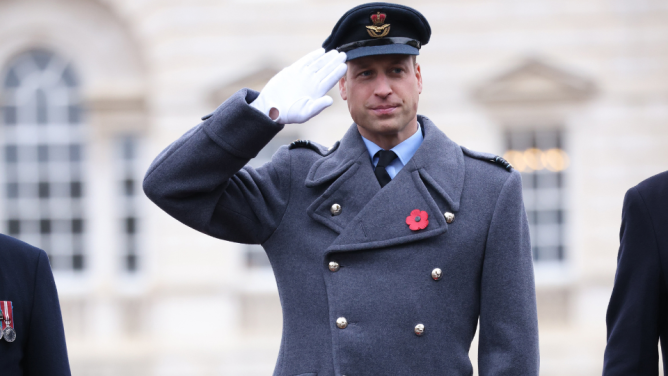 As is expected of most royal men, Prince William also served in the military, though never in actual combat, and as such he earned a salary. In 2006, William joined the Household Cavalry in the Blues and Royals regiment. He later became a helicopter pilot in the Royal Air Force (RAF) Search and Rescue. His salary with the RAF was said to have been between $68,000 and $74,000 according to Forbes. He left his role as a helicopter pilot in 2013 and in 2015, he joined the East Anglian Air Ambulance (EAAA) as a pilot. It’s a nonprofit that provides emergency helicopter cover across eastern England. As an employee of Bond Air Services helicopter operators, he donated his $62,000-a-year salary to charity. “Doing a job like this really helps me to be grounded and that’s the core of what I’m trying to become,” he said at the time. “I’m trying to be a good guy, to do what I can and trying to be a decent individual.” Two years later in 2017, William stood down from his role at the EAAA to become a full-time royal. “Following on from my time in the military, I have had experiences in this job I will carry with me for the rest of my life, and that will add a valuable perspective to my royal work for decades to come,” he said according to Reuters.

How much did Prince William inherit from Princess Diana?

Princess Diana died tragically, and suddenly, in August 1997 in a car accident in Paris. At the time of her death, she reportedly had a net worth of about $31.5 million, including all her funds, stocks, and personal assets. Her primary beneficiaries were her sons, Prince William and Prince Harry, who were 15 and 12 at the time. According to the Telegraph, William received around $12.5 million when he turned 30 in 2012, he was also given a number of her personal items including jewelry and Diana’s wedding gown which William and Harry share.

Battle of Brothers
by Robert Lacey

For more about Prince Harry and Prince William, check out historian Robert Lacey’s 2020 book, Battle of Brothers
. In this New York Times and Sunday Times bestseller, Lacey takes a close look at Harry and William’s relationship throughout the years and considers each moment that led to their eventual estrangement. From the impact of their mother Princess Diana’s tragic death and the pressures of their roles in the royal family (William, the future king vs. Harry, the spare), to the influence their wives Kate Middleton and Meghan Markle have had on their differing paths, Battle of Brothers reveals all the “highs, lows, and discretions” of these brothers’ lives in a way “never offered before.”