The Duke and Duchess of Cambridge’s drama with the Marchioness of Cholmondeley may finally be over. Prince William, Kate Middleton and Rose Hanbury went to church after their cheating scandal, and it’s like hell just froze over. William and Kate were photographed with Hanbury for the first time in three years at St. Mary Magdalene Church in Sandringham on Sunday, Jan. 5.

While the trio didn’t arrive together (unfortunately), they did attend the same service. Kate wore a multicolored coat and a mauve fedora hat with an animal print band (which matched the outfit of Queen Elizabeth II), while her husband dressed in a simple suit with a coat. The couple attended the church service without their three children: Prince George, 6, Princess Charlotte, 4, and Prince Louis, 1. Hanbury, for her part, kept it low-key in a long navy coat with a fur hat as she walked to the church with her husband, David, the Marquess of Cholmondeley, who wore a red scarf.

The appearance is the first time William and Kate have been photographed with Hanbury since rumors that the Duke of Cambridge cheated with the Marchioness of Cholmondeley while his wife was pregnant with their son Prince Louis in 2018. A source told Lainey Gossip in February that Kate and Hanbury, who were former best friends, are “no longer tight” after the alleged affair. The insider also claimed that Kate urged William to oust Hanbury and her husband from their inner circle of friends. 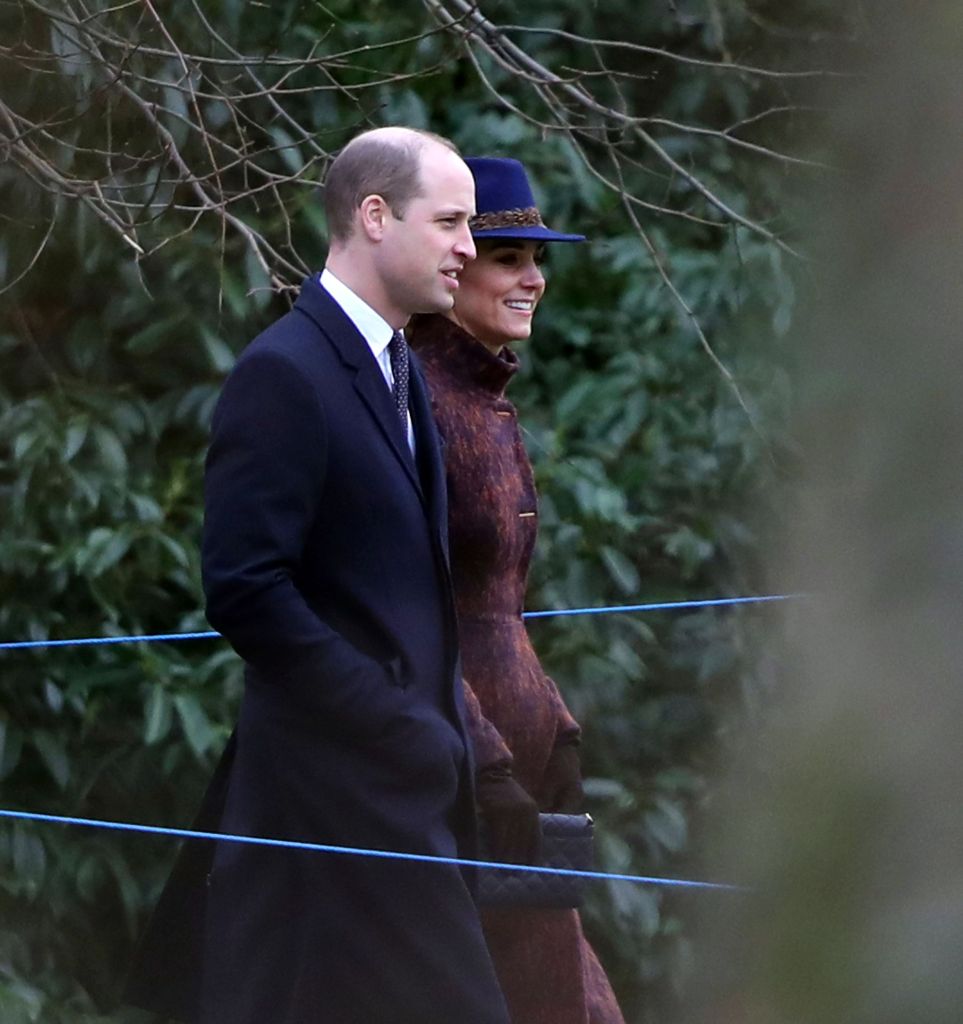 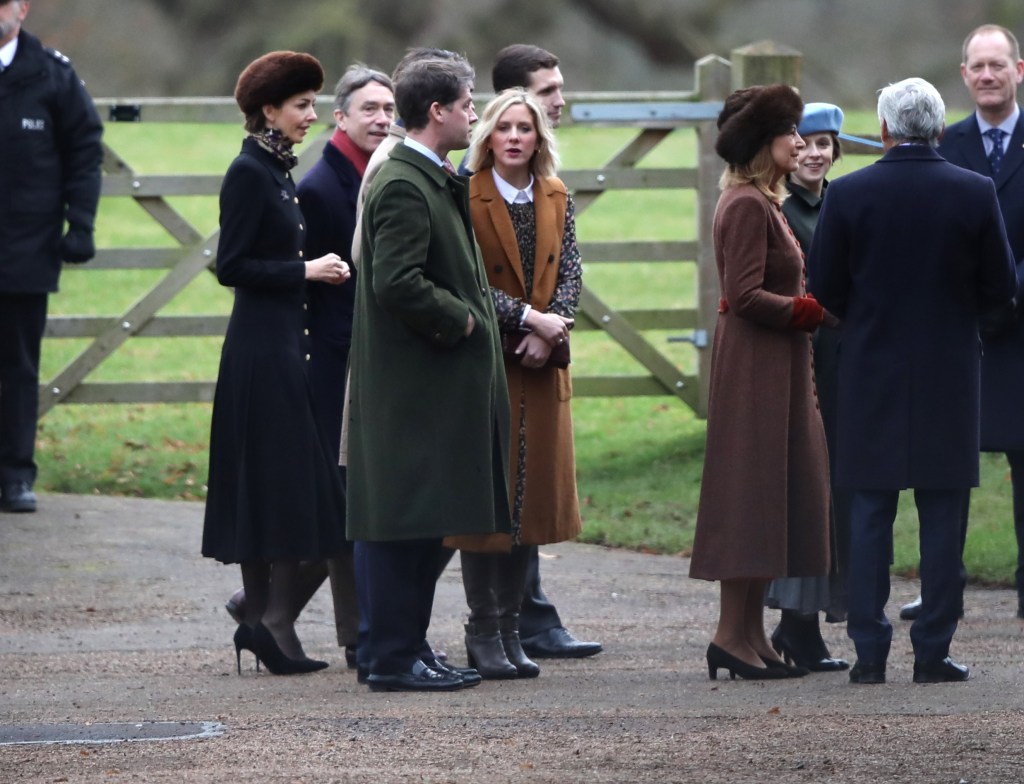 William responded to the allegations via his lawyers, who threatened to any U.K. media outlet who reported on the rumors as fact. “In addition to being false and highly damaging, the publication of false speculation in respect of our client’s private life also constitutes a breach of his privacy pursuant to Article 8 of the European Convention to Human Rights,” the Duke of Cambridge’s lawyers wrote in a statement.

A source told Us Weekly in 2019 that Kate was “hurt” by the claims that her husband had an affair. “Kate finds the rumors hurtful, obviously, and hates the thought that one day her children will be able to read about them online,” the royal insider said. “It forced her and William to sit back and examine their relationship, which they realized they should have been doing more often. It’s not unusual to have a few hiccups in a marriage, especially after eight years, and Kate and William are no different. They’re still going strong. Regardless of their ups and downs, they love each other dearly and their kids are the most important thing in their lives.”

As for if the Duke and Duchess of Cambridge are cool with Hanbury now after months of cheating rumors, we can’t say for sure. But their recent church hangout def seems like a step in the right direction.