Some romances are truly a whirlwind–the stuff of fairytales, while others might be a bit more calculated. Royal fans think there’s proof Kate Middleton and Prince William’s relationship was planned from the very beginning. Since the duo did not meet until they were both enrolled at St. Andrew’s University in the early 2000s, and their relationship has had plenty of ups and downs–this seems like a pretty farfetched theory. But the evidence suggests otherwise.

When Will and Kate first met in college, they were just friends. In fact, they were both seeing other people. However, after a fashion show where the duchess modeled a rather skimpy dress–the prince saw her in a whole new light. Now, one royal biographer is saying that they pair actually crossed paths for the first time when they were just kids, and they’d been headed towards one another since then.

In her book, Kate: The Future Queen, royal biographer Katie Nicholl explained that the Duke and Duchess of Cambridge met many years before they made their relationship official. In her book, she writes,

Although Kate wasn’t especially interested in boys, the arrival of one particular young man had caught her attention. Nearby Ludgrove Prep school would often play matches against St. Andrew’s Prep, and there was much excitement when Prince William, a left back on Ludgrove’s Colts team, came to St. Andrew’s to play a hockey match when he was nine years old.

This meeting seems innocent enough, but there is other evidence that the duchess had her eye on the future King for years. Royal correspondent Matthew Bell reported that many royal fans have often suggested that the Middleton family pushed Kate to attend St. Andrews so that she would cross paths with the prince. “Some insiders wonder whether her university meeting with Prince William can really be ascribed to coincidence,” he reported. “Although at the time of making her application to universities it was unknown where the Prince was intending to go, it has been suggested that her mother persuaded Kate to reject her first choice on hearing the news and take up her offer at Saint Andrews instead.” 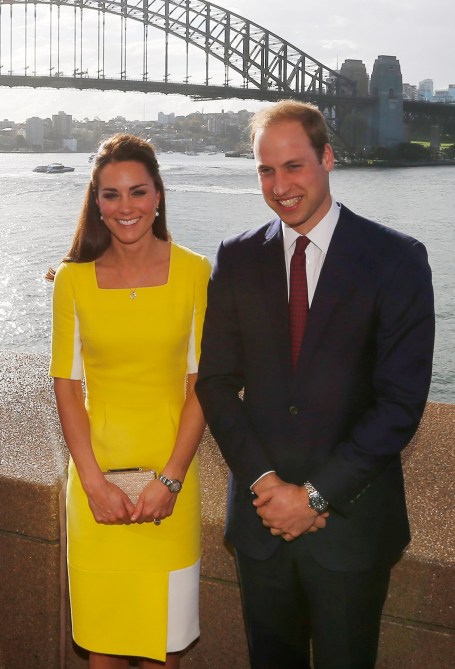 That’s not the only report that has raised eyebrows about Will and Kate’s “random” meet-cute in recent years. Before attending St. Andrews –the duchess attended Marlborough College boarding school. Her former roommate, Jessica Hay, later told Katie Nicholl that the mother-of-three had a cherished poster of Prince William on her dorm room wall. Hay said, “She would joke, ‘There’s no one quite like William.'”

The rumor was so prevalent that when Will and Kate did their first interview together as an engaged couple in 2010, they addressed it.

The prince joked about the entire thing saying, “She had 10 or 20 pictures of me up on her wall at university.” The duchess laughed off the rumor as well saying, “No, it was the Levi’s guy on my wall, not a picture of William. Sorry!”

In the end, despite a couple of breakups, an engagement that came nearly 10 years after they began dating and some recent cheating rumor drama, Will and Kate seem happy and content.

We have no idea if their entire relationship was “orchestrated,” but even if it was, the ending result seems like it was worth it.