The Duke of Edinburgh lived a long life, passing away peacefully at home at the age of 99 in April 2021—but ever since his death, many have wondered what Prince Philip looked like when he was young.

As it turns out, you may already have an idea: His grandson, Prince Harry, looks a lot like the late prince consort. And their uncanny royal resemblance isn’t the only thing these princes share in common—Prince Harry, much like the Queen’s husband, spent years of his life dedicated to military service. Long before the Duke of Sussex’s royal exit, he served in the British armed forces for a decade and during that time was deployed twice to Afghanistan. His grandfather, meanwhile, was a Royal Navy Lieutenant at the age of just 21. Before his marriage to Queen Elizabeth II, Philip even went on to serve in World War II—which also happens to be where he grew out a beard that gives Prince Harry’s a run for his money!

Upon the news of Philip’s death on April 9, 2021, Prince Harry shared a tribute honoring his “cheeky” grandfather. “My grandfather was a man of service, honour and great humour. He was authentically himself, with a seriously sharp wit, and could hold the attention of any room due to his charm—and also because you never knew what he might say next.”

The Duke of Sussex continued, “He will be remembered as the longest reigning consort to the Monarch, a decorated serviceman, a Prince and a Duke. But to me, like many of you who have lost a loved one or grandparent over the pain of this past year, he was my grandpa: master of the barbecue, legend of banter, and cheeky right ’til the end.”

“He has been a rock for Her Majesty The Queen with unparalleled devotion, by her side for 73 years of marriage, and while I could go on, I know that right now he would say to all of us, beer in hand, ‘Oh do get on with it!’,” Harry joked. “So, on that note, Grandpa, thank you for your service, your dedication to Granny, and for always being yourself. You will be sorely missed, but always remembered—by the nation and the world. Meghan, Archie, and I (as well as your future great-granddaughter) will always hold a special place for you in our hearts.”

Though he is gone, it’s clear Philip will continue to live on in the hearts—and looks!—of his loved ones. For photos of a young Prince Philip, along with comparisons to his grandson Prince Harry, just keep on reading. 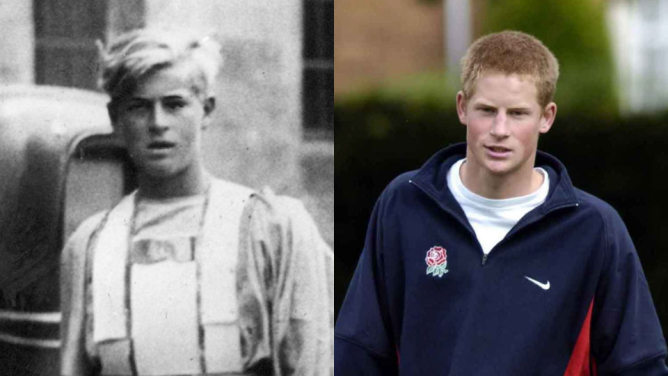 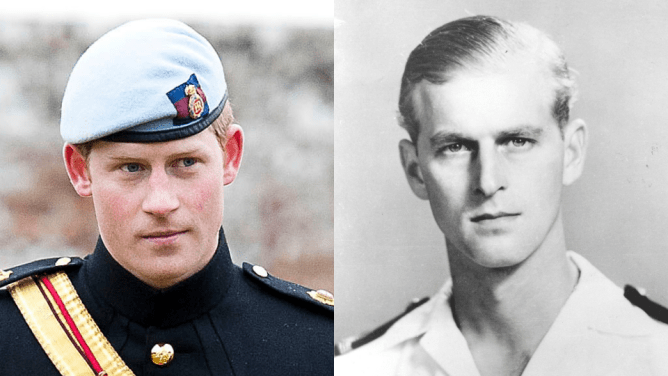 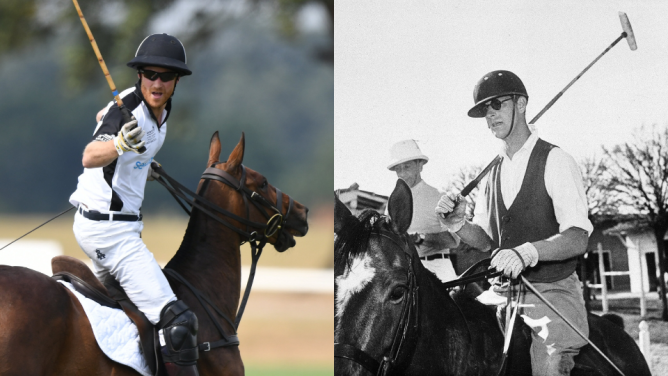 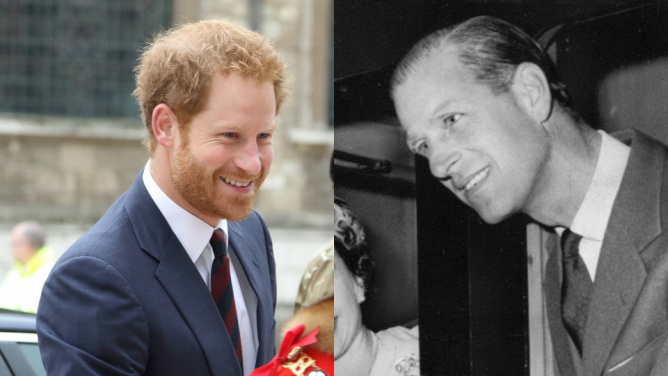 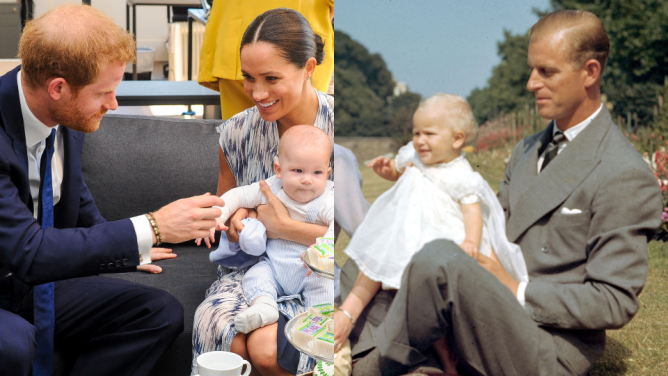 The Mega Agency & AP Photo/Eddie Worth.

For more about Prince Philip’s life, check out Ingrid Seward’s biography about the Duke of Edinburgh, Prince Philip Revealed, Seward, a Majesty magazine editor who has been covering the British royal family for decades, unravels the “enigma” known as Prince Philip. From his early childhood in Paris and his mother’s battle with schizophrenia to his military service in World War II, Seward covers topics that many royal followers may not know about or haven’t seen on The Crown. The book also discusses how Prince Philip was “initially distrusted” by the royal court before he found his place in Buckingham Palace.