Since Netflix debuted The Crown back in 2016, we’ve been obsessed with Queen Elizabeth’s journey from a young royal mother to The Sovereign. For almost seven decades she’s had to deal with sexism, world strife, and issues within her family.  However she’s not the only stand out on the series. We must discuss Prince Philip’s depiction on The Crown. Prince Philip and Queen Elizabeth have been married since 1947–shortly after the end of World War II.

Though he’s retired from public life now, the 98-year old was known for his off the wall comments, questionable faithfulness in his marriage, and his extensive service in the navy. In fact, before marrying into the royal family, the Duke had a rather sordid past including some Nazi-affiliated siblings, a mentally ill mother, and a father who abandoned his family for his mistress. When we meet Prince Philip in The Crown, he seems content with his roles as a husband, father, and officer in the navy. However, with King George VI’s death in Feb. 1952, everything changed.

Instead of being able to have his own career and some semblance of privacy, when Queen Elizabeth took the throne in 1952–the prince was pushed into the background. According to The Crown, it was a role that he deeply resented and rebelled against often. So how much of what we’ve seen on Netflix is actually accurate?

It’s true, the prince could be fussy–and as a man of the 20th century, he did not take too kindly to playing “second fiddle” to his wife. In fact, it wasn’t until after the Elizabeth became Queen that he was granted the title of prince –as an attempt to soften the blow. In addition to his royal duties, over the years, the prince has overseen the couple’s personal properties and made the major decisions regarding his children’s education.

It’s also been wildly known that Prince Philip hasn’t always been the most PC person around, and that has been showcased in The Crown. We’re sure that as he ages, it will only become more pronounced on the series. When his former daughter-in-law, Sarah Ferguson, the Duchess Of York was caught having an affair, he described her as “having no point.” Also, when the Duke met activist Malala Yousafzai in 2013 to discuss why education was so important, he reportedly said, “People want children to go to school to get them out of the house.” 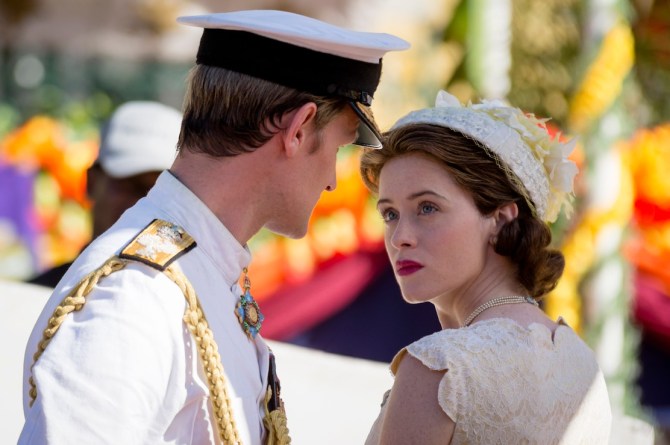 Still one of the most polarizing aspects of Prince Philip’s life that The Crown touches on are his alleged affairs. In Season 2, Queen Elizabeth (Claire Foy) discovers a photo of ballerina Galina Ulanova, in the prince’s luggage. The series also alludes to the prince keeping company with various other women.

Ingrid Seward, royal biographer and author of My Husband and I: The Inside Story of 70 Years of the Royal Marriage believes that some of this was just embellished for TV. However, she also adds that Prince Philip was a worldly man. She explained, “He couldn’t even look at another woman without the press saying that he was probably having an affair. There is absolutely no proof that he was unfaithful, But I imagine he might have been.”

The rumors had gotten so bad about what was happening with the Queen and prince’s marriage that in 1957 the Queen’s spokesman released a statement saying, “It is quite untrue that there is any rift between the Queen and the Duke.” However, Seward says we also need to consider the times.

I think what people have to remember is that it was very different times and women were totally subservient – but of course the Queen wasn’t, by dint of who she was, So there was already an element of her trying to make him feel better. She was very conscious of the fact that he had to walk two steps behind her, and I think as a result she was very forgiving of any of his little misdemeanors. She was forgiving of him, because she felt that he’d been emasculated by her position, and he’s a very alpha male.

With all of his alleged dirty laundry flying in the air, if you think Prince Philip watches The Crown, then you would be sorely mistaken. Matt Smith, who starred as the Duke of Edinburgh on the first two seasons of the series, revealed that the prince has no interest The Crown. In an interview with Jimmy Kimmel, Smith, explained that close friend of his had dinner with the royals, and Prince Philip asked him, “What do you do? Are you involved in this Crown thing?”

The friend then asked, “Philip, I’m just wondering, because I have some friends who made The Crown, have you watched any?” The Duke of Edinburgh reportedly said, “Don’t be ridiculous.”

We can’t wait to see what Tobias Menzies does with the role in Seasons 3 and 4. 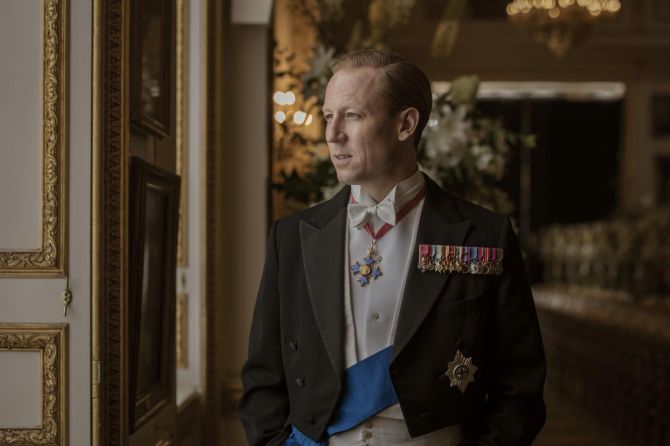