One royal biographer claims that Prince Philip is disappointed by Meghan Markle, and the reason why should sound familiar by now. The Duke of Edinburgh is reportedly “irritated” by the Duchess of Sussex’s royal exit with husband Prince Harry, as he believes the decision proves she doesn’t “support her husband” or the monarchy.

But that’s all according to one journalist and royal expert, Ingrid Seward. Seward, who serves as Editor-in-Chief of Majesty Magazine has written over 20 books on the royal family and is gearing up to release another about Prince Philip, out on October 20, 2020. Titled Prince Philip Revealed: A Man of His Century, this new biography includes details about the duke’s reaction to Meghan and Harry’s royal exit announcement in January 2020, when the pair revealed their plan to step back from their roles as senior working members of the royal family.

According to Seward, the Duke of Edinburgh, 99, could not “understand” why Meghan, 39, failed to “support the monarchy” after marrying Harry, 36, and was “very, very disappointed” by their decision. On Wednesday, September 30, the biographer spoke to Sky News to share her interpretation of the duke’s reaction.

“I think he’s very, very disappointed because I think he feels he gave up his naval career in order to stand by the Queen and help the monarchy,” Seward explained, referencing his role as a Commander in the Royal Navy. “And why can’t Meghan just give up her acting career, support her husband and support the monarchy? As he used to say to [Princess] Diana, this is not a popularity contest, this is all of us working together.” 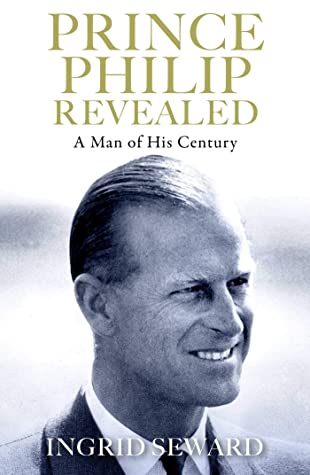 Seward added, “He just cannot understand why she couldn’t support Harry and help him rather than wanting to have her voice.” (I mean, let’s not forget that women are, in fact, entitled to their own voices.)

When it comes to Meghan and Harry’s opinions on the matter, we can safely assume that the couple are too busy focusing on their $100 million Netflix deal and new home in Santa Barbara to really be bothered. Disappointment, where?