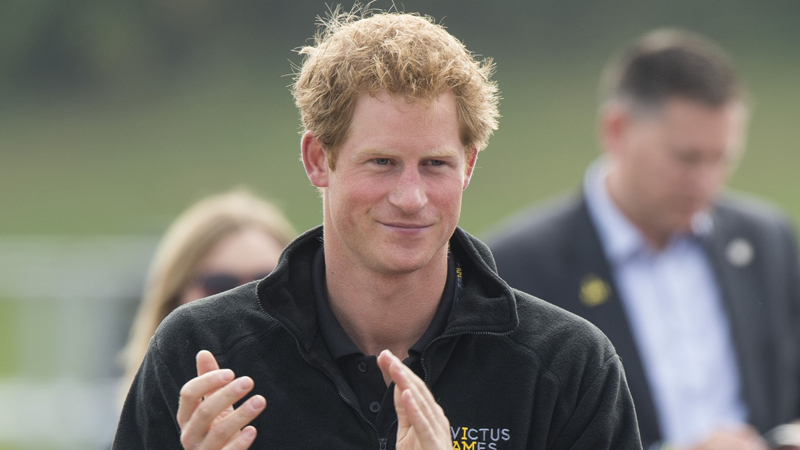 Prince Harry, quite frankly our favorite royal at this point, is turning thirty this Monday, September 15. In celebration of this momentous event, here are thirty of our favorite fun facts about this bad boy royal. Happy birthday Harry! Trust us when we say we were across the pond to celebrate with you!

1. When they were babies, it was Prince Harry who was the shy one, and William was the toddler terror.

2. Prince Harry is partly of American descent (on his mother’s side).

3. Prince Harry’s official last name is Mounbatten-Windsor, but he used Wales in the military.

4. Prince Harry broke his silence about his mother in 2004, saying of his charity work, “I have a lot of my mother in me. I just think she would want us to do this—me and my brother.”

6. Prince Harry lived in the United States in the fall of 2011 while he was getting helicopter training.

7. Prince Harry got a D in geography in high school.

9. Prince Harry co-founded a charity to help children who lost their parents to AIDS along with Prince Seeiso of the south African nation of Lesotho.

11. Prince Harry spent his gap year between high school and college in Australia.

13. Prince Harry had a pony named Smokey when he was a kid.

14. Princess Diana waited in line with Prince Harry at a London department store to meet Santa Claus for Christmas 1987.

15. Diana wouldn’t let him watch Starsky and Hutch when he was younger, because it was too violent.

16. Prince Harry refers to Kate Middleton in interviews as his sister.

17. Prince Harry (and William) will get Princess Diana’s wedding dress for his 30th birthday.

18. Prince Harry was caught smoking pot when he was 17.

20. Prince Harry completed a secret tour of duty in Afghanistan, and again in 2013.

21. Prince Harry was deployed to Iraq in 2007, then recalled by the head of the British army for being a special target.

22. Prince Harry’s ex Cressida Bonas is going to be in an upcoming movie with Judi Dench called “Tulip Fever”.

23. Prince Harry has his own personal coat of arms, which includes seashells for Princess Diana’s house of Spencer.

24. Prince Harry was long rumored to be the son of James Hewitt, Princess Diana’s past boyfriend who had red hair.

25. Prince Harry enjoys going to Byron Hamburgers, a burger joint near Kensington Palace, and even brought ex-girlfriend Cressida Bonas there for a date.

26. While in Chile visiting a village after a forest fire in 2014, Prince Harry repaired a woman’s TV, allowing her to watch Chile in the World Cup. “Prince Harry is my TV repair man!” she said to the press.

27. Prince Harry has been pulling public pranks since he was a kid.

28. Prince Harry’s parents were estranged by the time he was 8 .

How to Throw a Prince Harry-Themed Party for His 30th Birthday
It’s Good to be Prince! Check Out ALL of Prince Harry’s Girlfriends
Pics: Children Congratulate Prince William on Kate Middleton’s Pregnancy