Back from the dead! A Pretty Little Liars reboot is in the works by Riverdale creator Roberto Aguirre-Sacasa. Deadline reported on Wednesday, September 2, that a spinoff of the Freeform series, which ended in 2017, is in its early stages. The show will be created by Aguirre-Sacasa and Alloy Entertainment.

But before you fan over a reunion between Lucy Hale, Ashley Benson, Troian Bellisario, Shay Mitchell and Sasha Pieterse, Deadline reported that the series will feature a new story and new characters, so it’s safe to say that we won’t hear from Aria, Hannah, Spencer, Emily and Allison again. While a network hasn’t been confirmed for the Pretty Little Liars reboot, Deadline reported that HBO Max would likely be the home for the series, given that the streaming service is also rebooting another young adult TV series, The CW’s Gossip Girl, with a new story and characters. Aguirre-Sacasa’s Riverdale spinoff, Katy Keene, which ran for one season in 2020, is also available to stream on HBO Max. Along with Aguirre-Sacasa, Alloy Entertainment’s Leslie Morgenstein and Gina Girolamo would also executive produce the series. 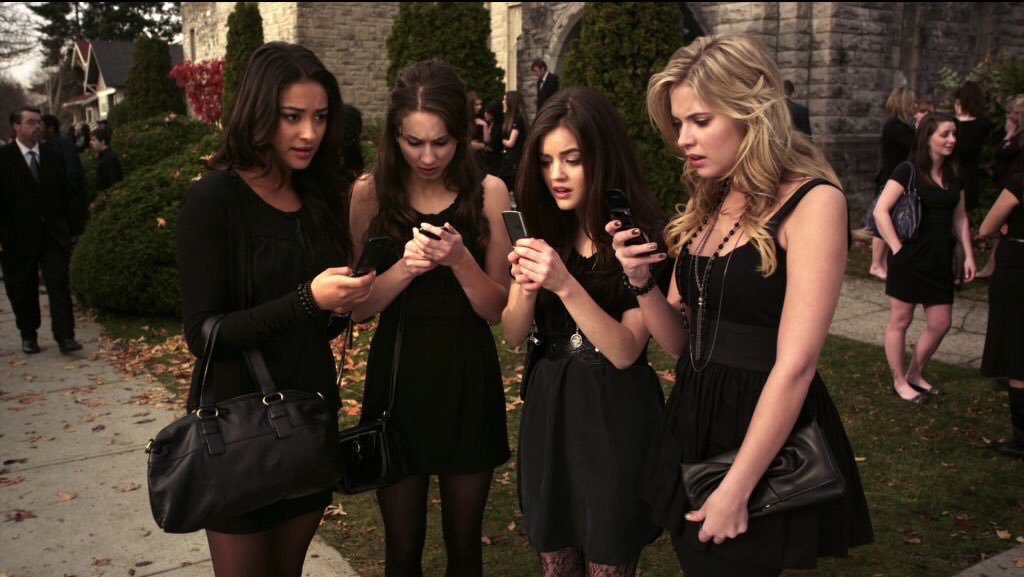 In a 2019 interview with StyleCaster, Hale, who played Aria Montgomery in Pretty Little Liars, talked about where she believed her character was today. “What is Aria up to? It’s been so long that I don’t even remember where we left off,” she said. “She’s probably in the woods, in a cabin, hopefully living her best life. She loves writing. Maybe she’s writing a novel. No, she’s probably a very successful novel-writer, and she’s really rich with a castle and a lot of cats.”

Hale also told StyleCaster about how she would’ve liked to direct the Pretty Little Liars: The Perfectionists before its cancellation. Her Pretty Little Liars costars, Benson and Bellisario, also directed episodes of the series. “My focus is more on acting still and producing, but I definitely have interest there,” she said. “What’s so cool is they’ve kept it in the family and brought back Ashley and Troian to direct. I just don’t know enough about it yet, but if I educated myself, maybe we’ll check in in five years and see.”

In a 2017 interview with StyleCaster, Benson, who played Hannah Marin, recalled how ABC Family photoshopped the Pretty Little Liars cast in promotional photos in season 1 of the series. “PLL had put up this poster and it was from our first season and it was completely crazy. Nobody looked like themselves,” she said. “Even for magazine covers, they’ll Photoshop out a mole, make your boobs bigger or your waist four sizes smaller, and you’re like, ‘That’s not even me.’ You never know how it’s going to turn out because you have no control and you’re not editing the photos, but it sucks when you’re like, ‘Wow. That’s a completely different person.’”