The issue of women’s reproductive rights has been front and center during the presidential race, and while stances on access to abortion and birth control are largely split down party lines, each candidate has different views, promises, and priorities that are key for any woman—Democrat or Republican—to understand.

Ahead, we’ve compiled a cheat sheet that outlines where the front-runners stand when it comes to your sexual health and reproductive rights. 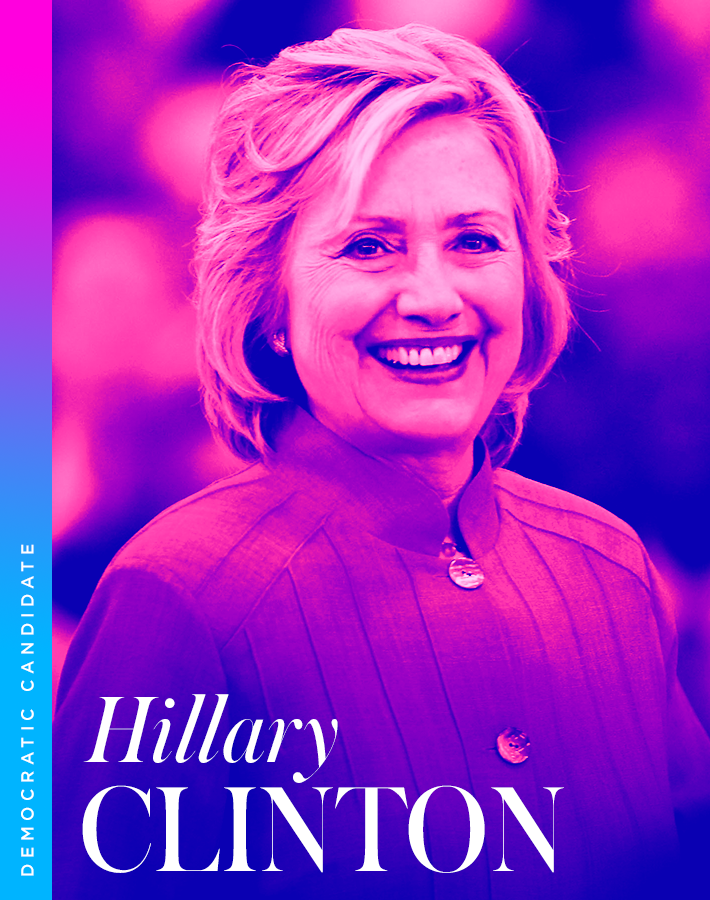 “I am a proud lifelong fighter for women’s issues, because I firmly believe what’s good for women is good for America.… As far as I’m concerned, any issue that affects women’s lives and futures is a women’s issue.”

Planned Parenthood offers access to health-care services including cancer screenings; contraception; and safe, legal abortion—services Clinton wants you to be able to access. She also wants to protect the Affordable Care Act, which gives women access to health services that were not covered in the past, or offered only via copays or deductibles. The Act forces insurance companies to completely cover services such as well-woman visits, gestational diabetes screenings for pregnant women, FDA-approved contraceptive methods, HPV DNA testing for women over 30, STI counseling, HIV screening, and mammograms. Obviously, Planned Parenthood is a huge supporter of the candidate, and a spokesperson told us that the group considers Clinton the only candidate in the race “who has made women’s health and rights a priority.” 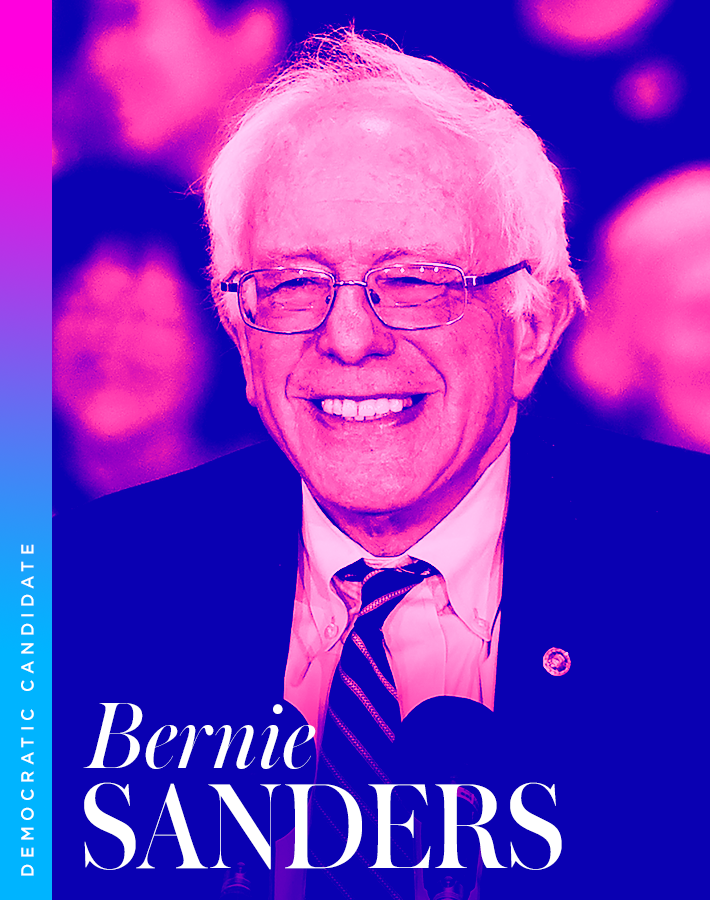 “When it comes to the rights of women, we cannot go backwards. We have got to go forward.”

More than 40 years ago, a groundbreaking Supreme Court decision in Roe v. Wade set a precedent that protects women seeking abortions and now governs women’s rights to terminate along with a more recent case, Planned Parenthood v. Casey (1992). While Roe v. Wade has allowed women the freedom to choose whether they want to terminate a pregnancy for the past several decades, the legal foundation that it’s based on—to extend federal protection of a woman’s right to pursue an abortion based on the 14th Amendment (your constitutional right of privacy)—is shaky to say the least. Basically, it depends on a constant tug of war between that right to privacy and the state’s interest in protecting the fetus. By saying he’d only nominate Supreme Court justices who support the law, Sanders is effectively throwing full support behind a woman’s right to choice.

Like Clinton, Sanders also plans to support Planned Parenthood, and he’s pledged more funding for Title X, a family-planning program that opened with bipartisan support more than 40 years ago and still offers clinics for low-income and uninsured patients and helps millions of clients every year—more than 90 percent of whom are women. And no, Title X funds are not used to pay for abortions.

He also has plans to expand the WIC program, a federally funded initiative that helps out low-income pregnant women, breastfeeding women, and babies with nutrition assistance. In the past, Sanders played an important part in curbing Republican attempts to cut the program, and if elected promises to “substantially increase funding” for the program. During 2013, more than 8.6 million low-income women and children received help from this program every month, and more funding could obviously expand the program’s impact in a big way. 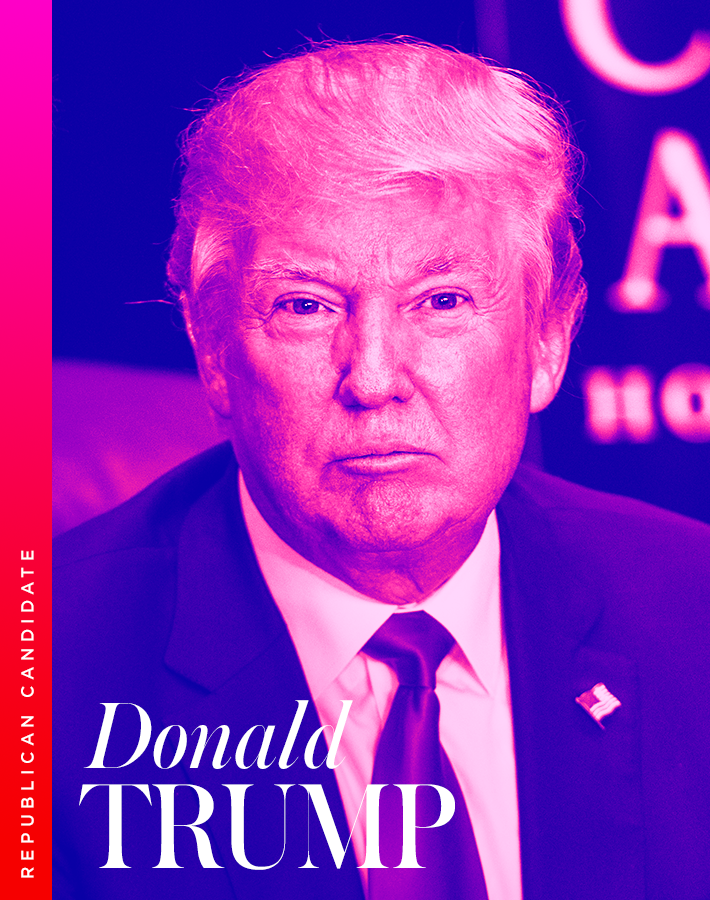 “I am pro-life. I support that position with exceptions allowed for rape, incest, or the life of the mother being at risk. I did not always hold this position, but I had a significant personal experience that brought the precious gift of life into perspective for me.”

Remember that precedent set in Roe v. Wade that allows abortion—the one that Bernie Sanders is all for? Well, Trump is pretty against it, and he’s also against the government funding Planned Parenthood. In February he released a statement explaining his pro-life views: “The Supreme Court in 1973 based their decision on imagining rights and liberties in the Constitution that are nowhere to be found. Even if we take the court at its word, that abortion is a matter of privacy, we should then extend the argument to the logical conclusion that private funds, then, should subsidize this choice rather than the half billion dollars given to abortion providers every year by Congress. Public funding of abortion providers is an insult to people of conscience at the least and an affront to good governance at best.”

Here’s what a rep from Planned Parenthood had to tell us about their (obviously unfavorable) thoughts on Trump: “Donald Trump would be a disaster for women’s health and rights. He’d rather shut down the government than allow over a million Americans to receive health care at Planned Parenthood. He would ban safe, legal abortion, leading to a whole nation that looks like Texas, where at least 100,000 women have attempted to self-induce their own abortions, without medical assistance. And without thinking twice, he’d cut insurance coverage of birth control, meaning women would pay an estimated $1.4 billion more a year to cover their birth control.” 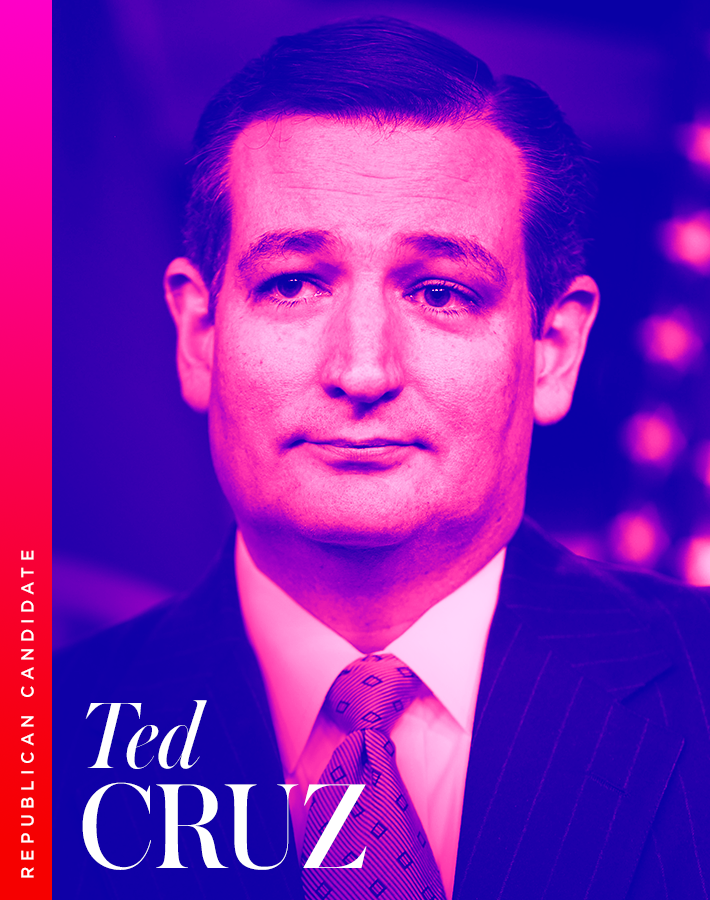 Regardless of your personal views on abortion, the fact remains that, according to the Guttmacher Institute, 80 percent of services provided by Planned Parenthood “prevent unintended pregnancy,” commonly to women in “safety-net health centers” that are the only safety-net family planning center available to them. Cutting funding to Planned Parenthood would mean many underprivileged women lose access to contraception—a scary thought when you consider almost half of all pregnancies in the U.S. are already unintended, even with the current level of services available.

Unsurprisingly, Cruz’s very conservative stance isn’t popular among women’s health advocates who think that, if elected, he would compromise every woman’s right to exercise agency over her own body. We reached out to sexologist Dr. Logan Levkoff  for her thoughts: “Our ability to make decisions for our body and our lives is a fundamental right. If a candidate wants to deny someone (because of their biological sex) personal autonomy and bodily control, than it speaks volumes about someone’s stance on basic civil liberties. Access to birth control is not simply about who pays (as some people may suggest), it is about recognizing that the management of fertility is a health issue, no different from any other issue. Creating barriers to access connectives penalizes women and women’s sexuality. It is a public statement supporting an old and ugly double standard.” 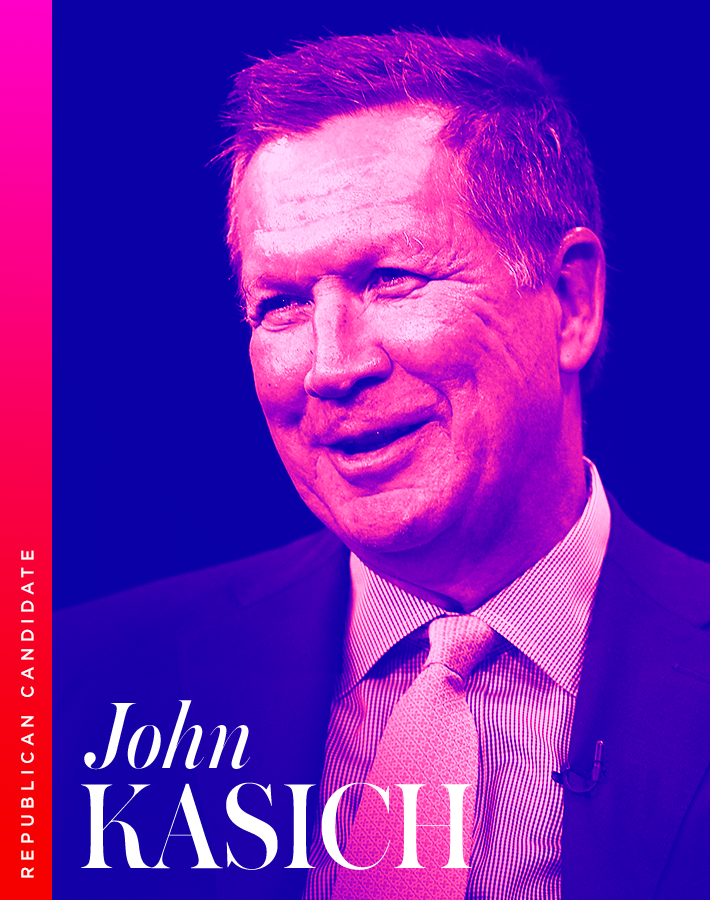 “Yes—I have always been for exceptions [to allow abortion].… For rape, incest, and life of the mother.… Because I think it’s reasonable.”

Although his views on access to abortion and birth control aren’t as conservative as those held by Cruz, Kasich still plans to defund Planned Parenthood. “John Kasich has done everything within his power to ban access to safe, legal abortion and basic care at Planned Parenthood health centers. Kasich has enacted 17 restrictions on women’s health, shuttering nearly half the abortion providers in the state,” a spokesperson from the organization told us, referring to restrictions on women’s reproductive rights that were passed and signed into law in Ohio during Kasich’s time as governor. 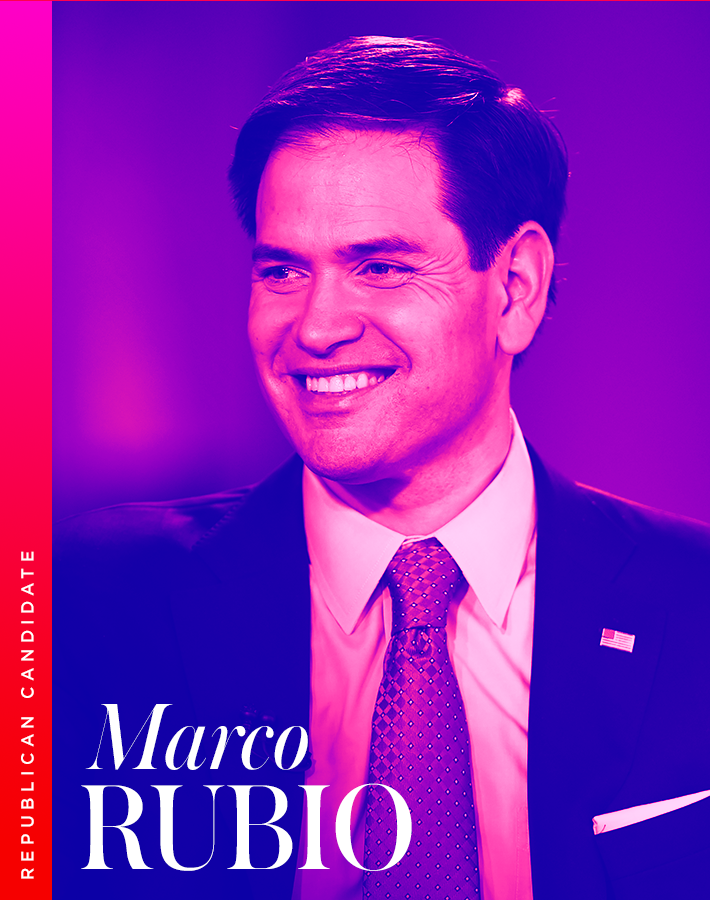 “Abortion to me is not a political issue, it’s a human rights issue.”

By announcing he wants Roe v. Wade overturned, Rubio’s effectively saying he wants to make abortion illegal across the country. To put that into perspective, right now one in four women under the age of 30 will get an abortion, 45 percent of these women would have been single mothers, a whopping two-thirds are living in poverty, and 42 percent of women needing to terminate a pregnancy are living at 100 percent below the poverty line.