You never know what to expect when Hollywood is expecting. The pregnant celebrities of 2021 include Emma Stone,  reality TV star Josie Bates and more stars who are expecting babies this year. Some of these celebrities are pregnant with their first child (hi, Emma), while others have been around the block.

Regardless of if it’s their first or seventh time as a parent, we’re excited nonetheless to watch their journeys. But before we dive into the pregnant celebrities of 2021, let’s recap some of the most memorable pregnancies from 2020. As one would expect from 2020 (a.k.a. the year couples across the world stayed indoors for the foreseeable future), there was a lot of baby-making. Pregnant celebrities in 2020 included Lea Michele (who gave birth to her first child with husband Zandy Reich in August 2020), Emma Roberts (who gave birth to her first child with boyfriend Garrett Hedlund in December 2020) and Hilary Duff (who announced she was expecting her third child in October 2020).

“Ever since I was little, I wanted to have a baby, in theory. When I was a kid, I begged my mom to have another baby. The day she brought my sister home from the hospital, I remember holding her, wanting to dress and play with her,” Roberts wrote in an essay for Cosmpolitan in November 2020.

Dunst announced that she’s pregnant with her and her husband Jesse Plemons’ second child in a photoshoot for W magazine in March 2021. The Bring It On star debuted her baby bump in the photoshoot, which saw her posing in a custom Rodarte dress. “Every shot was on the floor,” Dunst joked to the magazine. “I was like, ‘I can’t get up.’ I felt like Urkel.”

Gadot announced in an Instagram post in March 2021 that she’s pregnant with her third child. “Here we go again ❤✋🏻🧿,” she captioned a picture of her with her husband, Jarson Varsano, and their two daughters, Maya, 3, and Alma, 9. The photo sees Gadot’s family crowding around her in bed as her husband rests a hand on her baby bump.

Goulding revealed to Vogue in February 2021 that she’s pregnant with her and her husband Caspar Jopling’s first child. Goulding, who married Jopling in 2019, told Vogue that she was “pregnant and had no idea” during a show at the V&A Museum in August 2019. “That was [around] the time when Caspar and I went away briefly when we were allowed to for our one-year anniversary, and that’s basically when we found out,” she said. “It was crazy because it was our one-year anniversary. That was not the plan. The thought of getting pregnant didn’t seem like it could be a reality. Becoming pregnant kind of made me feel human.”

She continued, “I want a better word than ‘womanly,’ [but] — I have curves I’ve never had before. I’m enjoying it. My husband’s enjoying it.”

Though she was in “denial” about her pregnancy at first, Goulding told Vogue that she’s “excited to be a mother.” “The sickness and tiredness was nothing I’d ever experienced before,” she said “I feel like it’s a taboo to talk about pregnancy as being challenging. It’s not always serene and like you’re not always glowing. I’m not saying that every second of this pregnancy has been miserable…It’s not always going to be easy. [But] I have a newfound respect for any woman who has children.”

Us Weekly reported in February 2021 that Selling Sunset star Christine Quinn is pregnant with her first child with her husband, Christian Richard. “Christine is so excited to be a mother and her friends are so excited for her,” a source told the magazine. Christine and Richard married in December 2019. Their wedding aired on season 3 of Selling Sunset in 2020.

In an interview with Metro in August 2020, Christine opened up about how she wants two kids. “I absolutely love kids,” she said. “I want two, I would love two boys. I can’t even imagine like trying to tame a little Christine.” “I always wanted two little boys just because I’m actually like quite a tomboy myself.”

She continued, “I grew up playing sports, I love cars and I fly airplanes. I love all the boys stuff, I always have. I was really athletic growing up. I ride horses.”

The news comes after Meghan revealed that she suffered a miscarriage in July 2020.  “Losing a child means carrying an almost unbearable grief, experienced by many but talked about by few,” she wrote in an essay for The New York Times in January 2021.

Tidying Up star Marie Kondo announced that she’s pregnant with her third child with her husband, Takumi Kawahara, in January 2021. “I have some news! Another bundle of joy on the way. 💖,” she captioned a photo of her holding her baby bump. Kondo and Kawahara are already parents to daughters Satsuki and Miko.

Halsey announced that she’s pregnant with her first child via an Instagram post in January 2021. The post included three photos of the “Manic” singer in jeans as she showed off her growing baby bump. “surprise! 🍼🌈👼🏻,” she captioned the post. Halsey tagged writer and producer Alev Aydin in the post, who is her baby’s father.

Halsey’s pregnancy comes five years after she suffered a miscarriage on stage. The miscarriage came around the time Halsey was diagnosed with endometriosis, which led her to the decision to freeze her eggs at the age of 23. After her pregnancy announcement, Halsey tweeted “my rainbow” with a rainbow emoji. According to Healthline, a “rainbow baby” is a baby conceived after a miscarriage or infant loss.

“I was on tour, and I found out I was pregnant. And before I could really figure out what that meant to me and what that meant for my future, for my career, for my life, for my relationship, the next thing I knew I was on stage miscarrying in the middle of my concert,” Halsey said on an episode of The Doctors in 2018. “And the sensation of looking a couple hundred teenagers in the face while you’re bleeding through your clothes and still having to do the show, and realizing in that moment that I never want to make that choice ever again of doing what I love or not being able to because of this disease.”

Olympic gymnast Shawn Johnson announced in an Instagram post on January 7, 2021, that she and her husband, Andrew East, are expecting their second child. “Here we go again @andrewdeast @thefamilyeast #babyeast,” she captioned a photo of her and East kissing. The picture, which was followed by two snaps of the couple’s daughter Drew Hazel, also showed Johnson’s growing baby bump.

Smallville Alum Tom Welling confirmed he and his wife, Jessica Rose Lee, are expecting a second child on an episode of the “Inside of You” podcast on January 12, 2021. Welling first tried to joke that he and his wife aren’t expecting when host Michael Rosenbaum said that he “another kid on the way.” “What? I do?” Welling said, to which Rosenbaum responded, “You do! You have another one coming!” The host also teased that Welling is a “lying bastard.” Welling and Lee are also parents to son Thomson, who was born in January 2019. 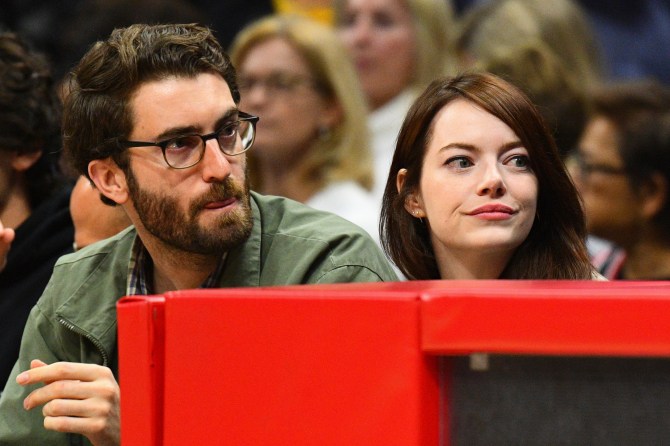 Emma Stone confirmed her pregnancy with husband, Dave McCary, in January 2021 after she was photographed holding her baby bump on a hike in Los Angeles. “She seems very happy and very excited about becoming a mother — she’s constantly oohing and cooing. She looks great, she looks healthy, she’s glowing,” a source told Us Weekly at the time. “She’s been keeping up with friends and work lately, she’s always staying active and gets her daily exercise in.” The news came less than a year after McCary and Stone married in September 2020.

Bringing Up Bates star Josie Bates revealed that she’s expecting her second child with husband Kelton Balka in January 2021. The two are already parents to daughter Willow Kristy. “We are SOO excited to become a family of four June 2021!!! Our hearts are filled with gratitude, and we couldn’t feel more blessed and more in love with the thought of being parents again!” the UP TV star wrote on her Instagram at the time. Bates’ announcement came after she suffered a miscarriage in August 2020.

“2020 was a difficult year for everyone, and it was especially difficult for our little family after suffering a heartbreaking miscarriage in August,” her post continued. “It seemed to be a tumultuous and trying year for all, but our faith that God is ultimately our source of comfort and joy, gave us hope that brighter days are ahead. We couldn’t be more excited to share that we have our rainbow due in June!”