What’s better than Nicole Kidman and Sandra Bullock? Well, nothing. But this Practical Magic prequel could reunite One Tree Hill stars on HBO Max and we’re guessing it’ll be pretty good. Former co-stars Hilarie Burton and Sophia Bush are reportedly interested in the prequel. HBO Max announced the pilot order for a prequel to the 1998 film on August 19th. The title right now is set as Rules Of Magic, which is also based on an Alice Hoffman novel of the same name. (So is Practical Magic FYI).

The original film follows the story of two sisters Sally (Sandra Bullock) and Gillian (Nicole Kidman), who play with magic to resurrect old lovers. This prequel will follow the story of the girls’ aunts—Franny and Jet, as well as their brother, Vincent. Set in New York during the 1960s, the new series will explore what happens when these three siblings “unearth the extraordinary discovery that they are, in fact, descendants of a bloodline of witches,” Variety explained.

So where do Bush and Burton come in? Well after the announcement, both women expressed interest in taking on one of the two roles. On August 19, Burton tweeted that she would be calling her agent “this very moment at midnight.” LOL. She wrote, “Dear Universe. I would like to put it out there that this is my dream job. My witchy little heart is bursting right now. I’m calling my agent this very moment at midnight.”

Naturally, Bush noticed Burton’s tweet and jumped on the band wagon. The One Tree Hill alum tweeted at her former co-star, “UM SAME! Is that us!?” Burton then responded writing, “It IS us! @HBO, we humbly submit ourselves for your #PracticalMagic project. Lighting candles of intention now.” We will be lighting candles for you two as well!

Stockard Channing and Dianne Wiest originated the witches Burton and Bush are hoping to play, and honestly? We could see it. 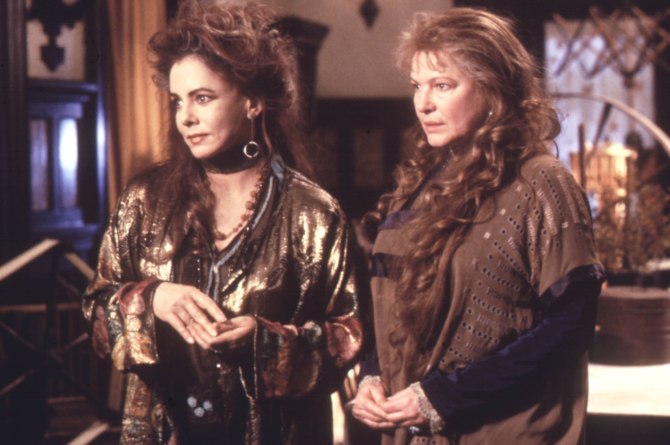 HBO Max will be launching some time in 2020 so we can’t expect this new pilot too soon, at least not in the next couple months. Rules of Magic will be written and executive produced by Jessica Jones creator Melissa Rosenberg. Dana Baratta (Jessica Jones, The Secret Circle), Denise Di Novi (Heathers, Edward Scissorhands), and Nina Tassler are also signed on to executive produce.