It seems like every Fashion Week features some strange stunt, and this season’s seems to be a Saturday afternoon streaker.

During New York designer Prabal Gurung‘s Fall 2014 runway show today in New York, a man wearing a gold crown, cape, and a very small pair of thong underwear stormed onto the runway. The streaker was later identified by WWD as Vitalii Sediuk, an actor who apparently as also pulled streaker stunts at award shows like the Grammys. 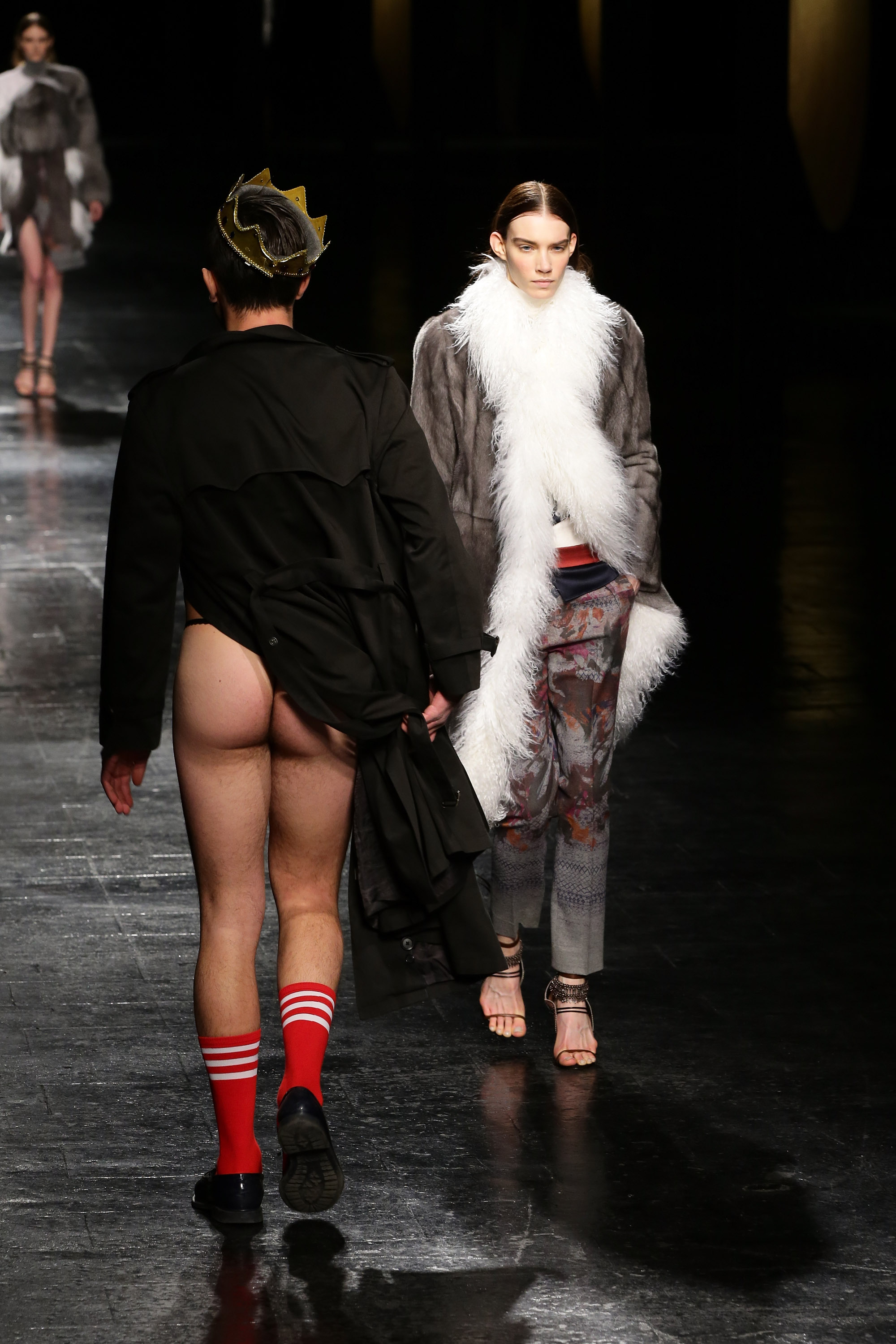 There were massive gold gongs on the runway, models wore little bells on their shoes, and the fabrics featured sweeping splashes of deep red. The beauty of it all was interrupted by the streaker, who was swiftly chased off to the side by security. Our question: How do these sorts of things really happen? How did he get a ticket to the show to begin with? If he snuck in, how was he able to get past the powers that be? It’s all very befuddling.

Check out some shots and videos of the incident below, which was captured far and wide via the fashion world’s favorite pastime, Instagram.