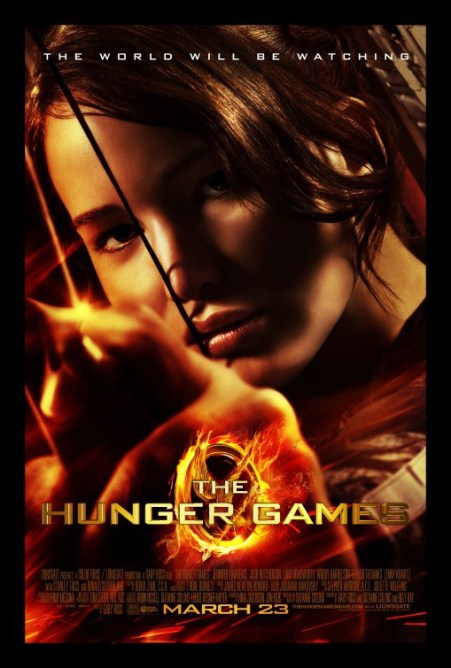 Katniss is “The Hunger Games” heroine, played by Jennifer Lawrence.

All the time we’ve spent snickering at celebrities for giving their kids, um, unique baby names could be a little unfair. In fact, it looks like North West and Ace Knute may be the ones having the last laugh. Why? According to online baby naming database Nameberry, their future classmates could very well be named Katniss and Django, which are both among 2013’s most popular baby names.

Yes, the unconventional monikers inspired by popular fictional characters (Katniss is Jennifer Lawrence’s character in “The Hunger Games,” and Django is the character Jamie Foxx played in “Django Unchained”) made Nameberry’s list of top 10 baby names for the first half of 2013, based on the most visited names on its site.

Cofounder Pamela Redmond Satran told Today.com that while names on the list may not currently occupy a spot on the national top 1,000, the database focuses on predicting trends, and both Katniss and Django are likely to make it into the top ten names of the next decade .

Keeping with the celebrity theme, other popular names include the Victoria and David Beckham-inspired Harper for a girl, as well as Violet and Seraphina, the surprisingly normal names that Jennifer Garner and Ben Affleck gave their daughters. Topping the list of girl names is Imogen, meaning “beloved child,” while for boys it’s Asher, a Biblical name meaning fortunate or happy. What? No Apple Blythe or Pilot Inspektor? Sigh.

In other news, Nameberry’s top unisex names for the year thus far are Quinn, Rowan, and Sawyer. Head over to Today.com to see the complete list of all 20 baby names!

MORE CELEBRITY KIDS ON STYLECASTER:
The Craziest Celebrity Baby Names of All Time
20 Celebrities Who Gave Their Kids Normal Names
Kate Middleton’s Child is Already A Money-Maker: 9 Insane Royal Baby Souvenirs
8 Celebrity Kids Who Make As Many Headlines As Their Parents
A History of Hype: The Most Anticipated Celebrity Babies of All Time