We’ve seen some lovely wedding gowns in our day, but this one takes the cake. British model and all-around “It” girl Poppy Delevingne tied the knot in London today wearing a short-sleeve Haute Couture Chanel gown with stunning appliques and embellishments.

Obviously the dress itself is perfect—we’re talking about custom Chanel here—but Poppy gets an A+ for making it extra-cool and modern with light makeup, her hair down, and what appears to be no jewelry. 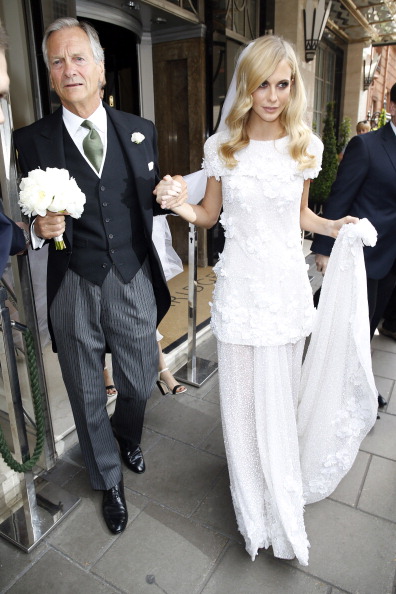 According to the Daily Mail, guests include former Spice Girl Gerri Halliwell, theater icon Andrew Lloyd Webber, and—most likely—model Rosie Huntington-Whiteley and actress Sienna Miller, who partied with Delevigne during her three bachelorette parties, among many other fashion insiders.

Interestingly, Poppy reportedly banned guests from posting pictures on social media, as Net-a-Porter’s magazine Porter is said to have secured exclusive coverage of the nups. 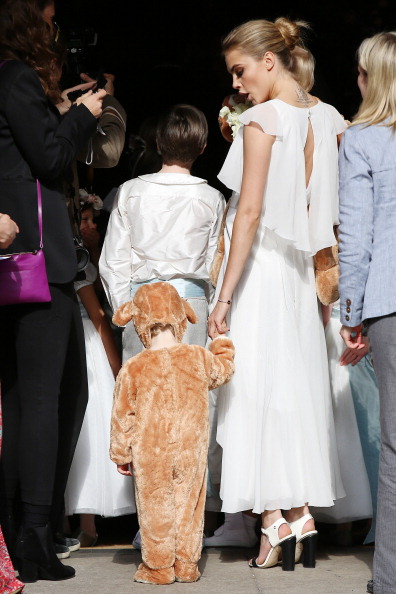 Cara’s Chanel dress from the back (and a cute furry friend.)