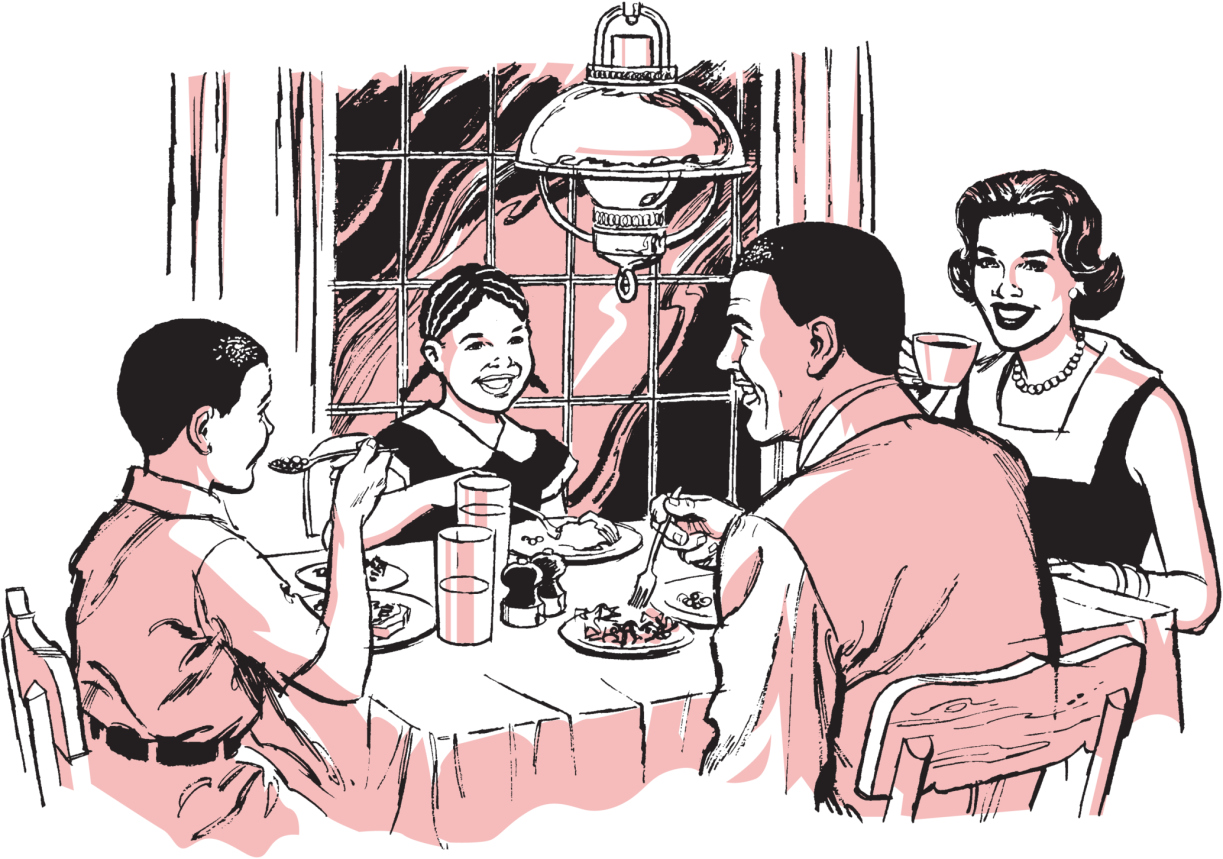 So, what did everyone think of Kim Kardashian’s ass? (Getty)

Ah, Thanksgiving dinner. A time when the whole family gets together to eat, drink, and be awkward. This year, we suggest being armed with an arsenal of up-to-date pop culture topics to engage anyone—and we mean anyone—at the table in conversion.

I mean, it was obvious from the first episode who was going to win “Dancing With the Stars.”

No way is Carrie dead. I don’t even think SAUL is dead.

Honestly, I don’t think the 6 Plus is that big.

I know mommy loves Pitbull, but he was so awkward on the AMAs.

Such sad news about Mike Nichols.

I just don’t buy that Noah Solloway was that unhappy.

What?! Pharrell is 100 times better than Usher ever was.

I miss “Smash” too. But you know Dev is on “Homeland” now, right?

I’m so happy Harry Connick Jr. is coming back. The show would suck without him.

Have you been watching “Vanderpump?” I can’t with Kristen.

Wait, so you do like Taylor Swift‘s new album or you don’t?

No, I thought “Gone Girl” was really good, but it didn’t compare to the book. You need to read it.

You’re definitely not the only one still watching “Grey’s.”

The new ‘Bachelor’ is a farmer?!

Have you been watching “Sons of Anarchy”? How ’bout that scene between Jax and Juice?

Speaking of which, what do you think really happens to Gemma?

I know, we need a prequel. Or a Tig-Venus sequel. Sutter, get on it.

Did you know Chibs is going be on “Revenge” as, like, an evil rich guy? Seriously. I might start have to start watching again.

Wait, you know Bobby Elvis was the “his father was a mudder” guy from “Seinfeld” right?

You guys rooting for the Seahawks or the 49ers?

Have you guys ever seen Megan Fox before she got plastic surgery?

So, are the Magcon Boys still cool on Vine?

Did you see Nash Grier made the list of Time’s Most Influential Teens?

Wait, so who are Sammy Wilkinson and Nate Maloley, again?

Water speakers are SO cool.

Are you going to RealityDance Jam Tour?

If you had to wear Obey or Diamond Supply Co. T-shirts for the rest of your life, which would you chose?

Did you hear John Cameron Mitchell is taking over for Michael C. Hall in “Hedwig”? I know, it’s epic.

You know “Twin Peaks” is coming back, right?

I’m, like, seriously sick of all the “I’m at the Koons exhibit!” selfies.

I don’t really think Elena Ferrante is a man, do you?

Have you guys been listening to “Serial”? I totally think Adnan is innocent.

What HAPPENED at the end of “Interstellar?”

Personally, I think Revival is Steven King‘s best work since The Stand.

Twenty days till the new “Hobbit” movie comes out! Obviously I pre-ordered tickets.

The new “Game of Thrones” trailer came out yesterday. It’s all about Arya.

Isn’t Annalise Keating  breaking, like, a million laws? I mean, she made her first-years get into a bloody bed where someone was murdered? Isn’t that highly illegal?

I read somewhere that Annalise is like a network version of Patty Hewes—um, yeah right.”

No yeah, Viola Davis is the show, but it’s still wildly unbelievable.

We’re you shocked Cary pleaded guilty on “The Good Wife”?

And, if things get really awkward, break out the big gun:

So, what did everything think of Kim Kardashian‘s ass on the cover of that magazine?